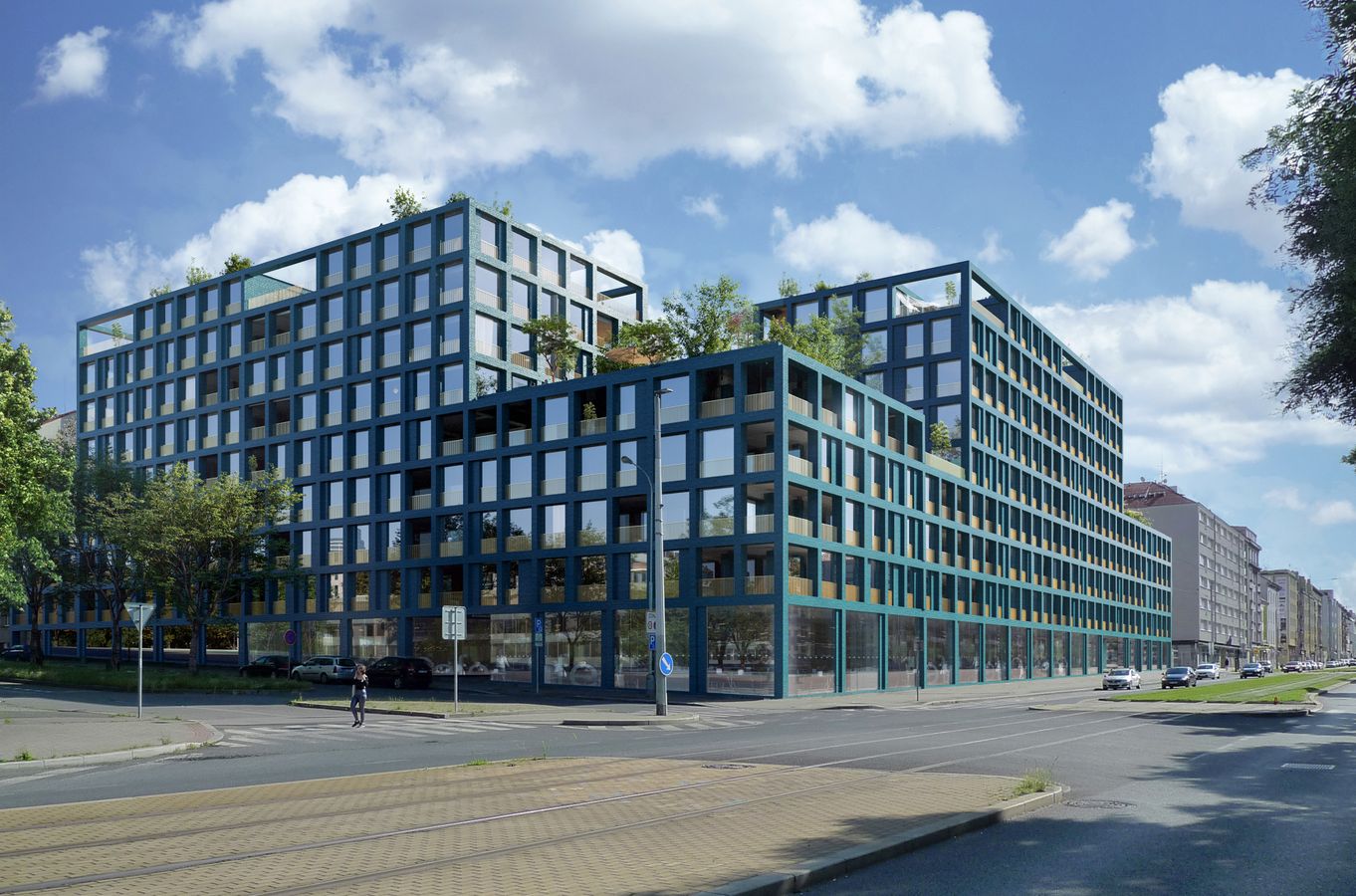 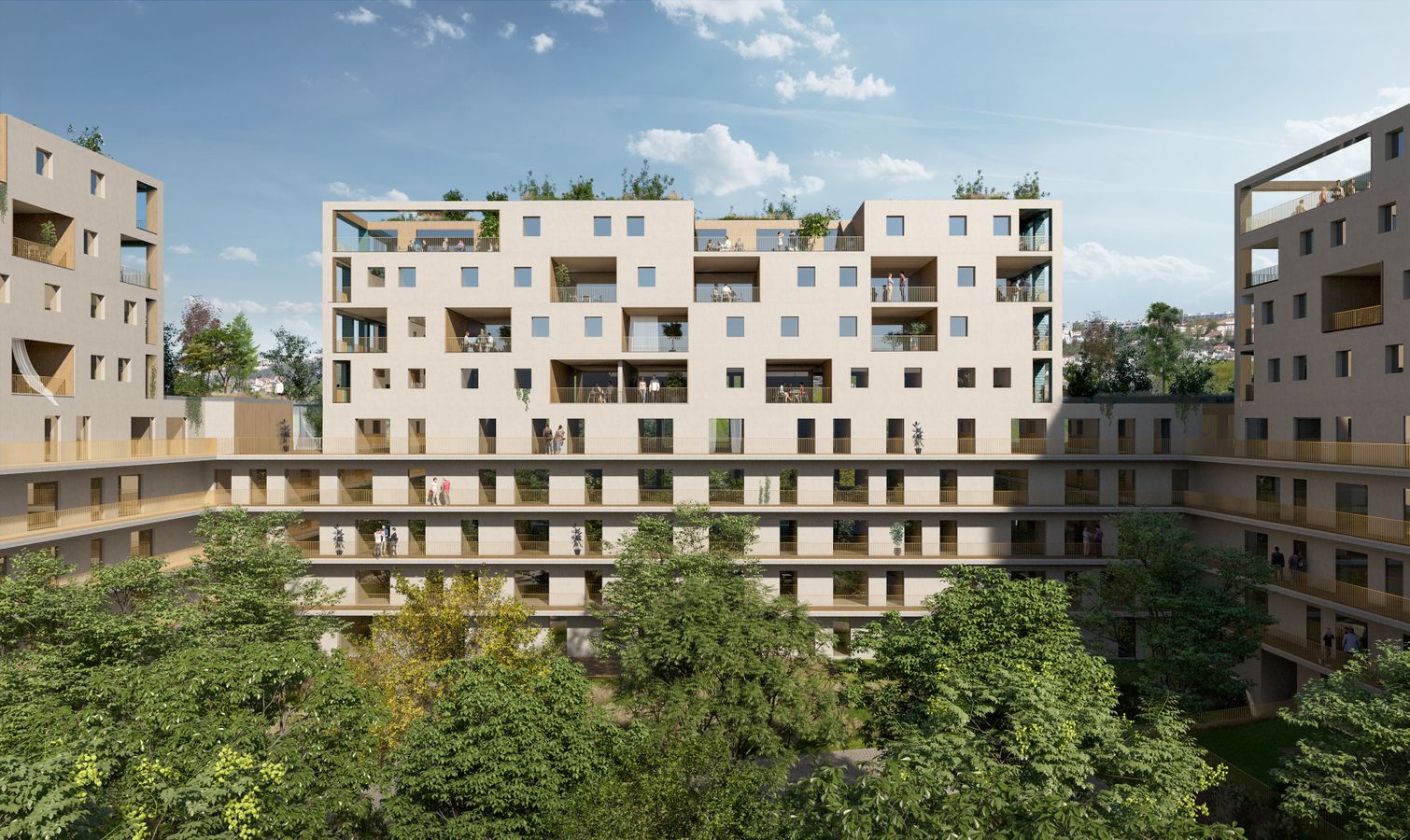 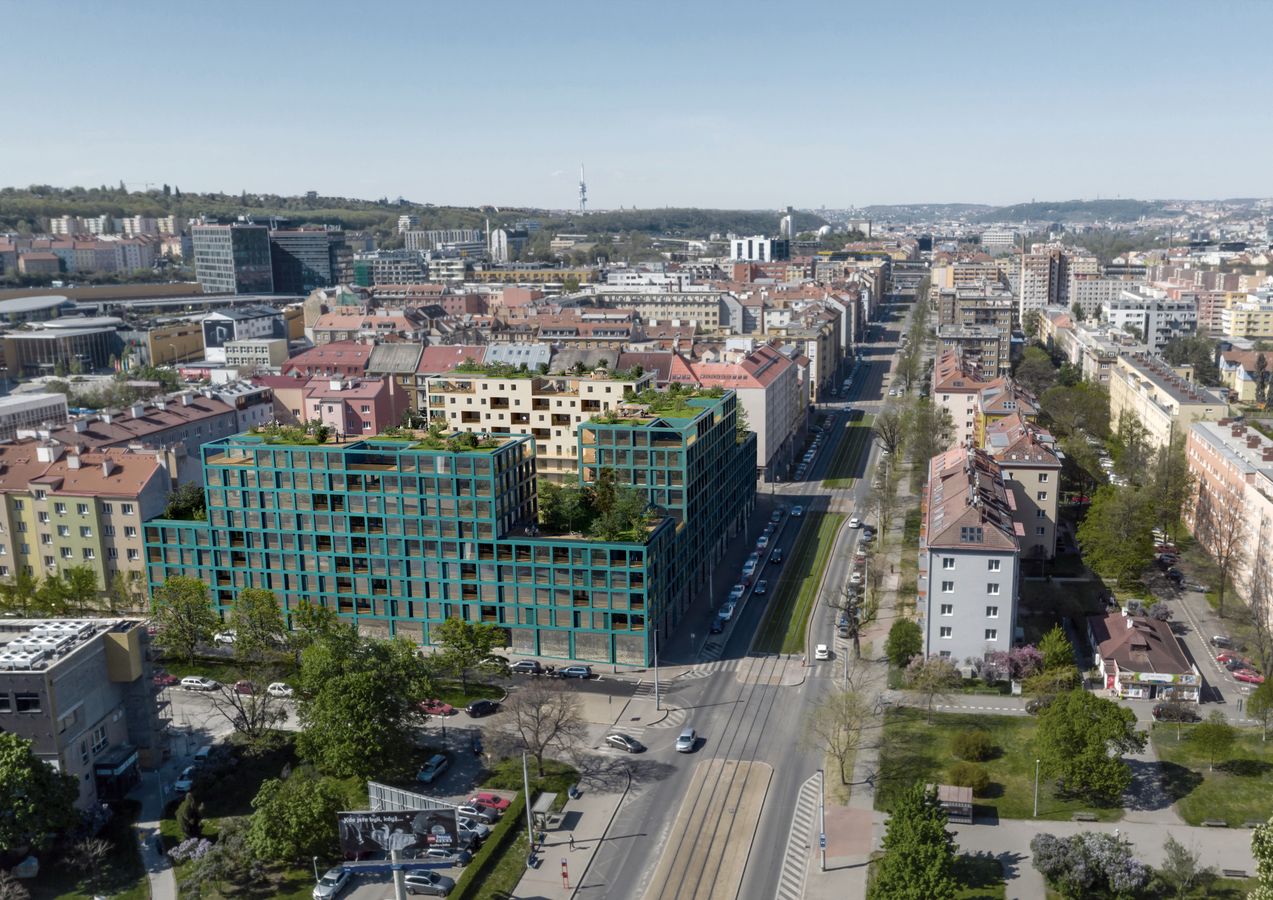 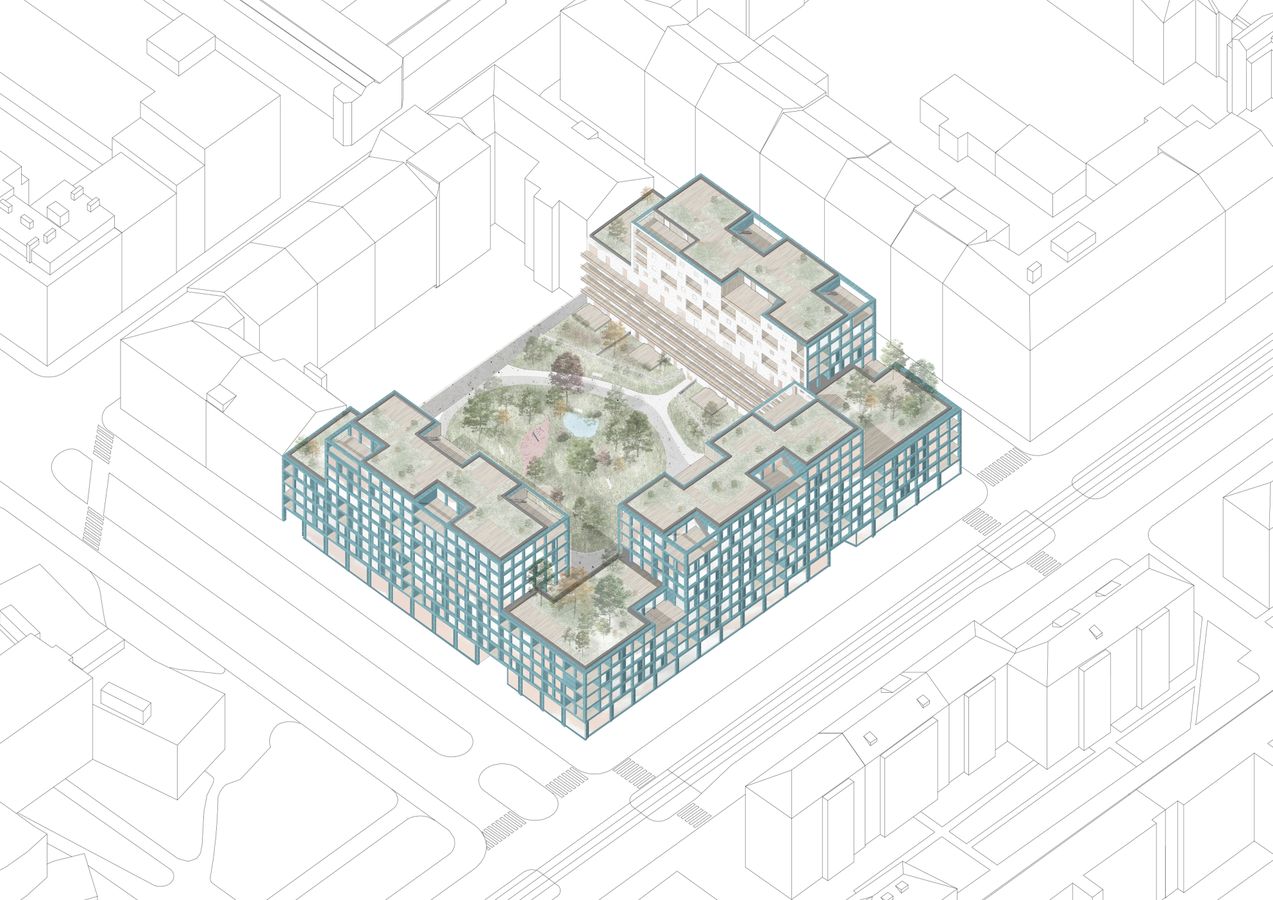 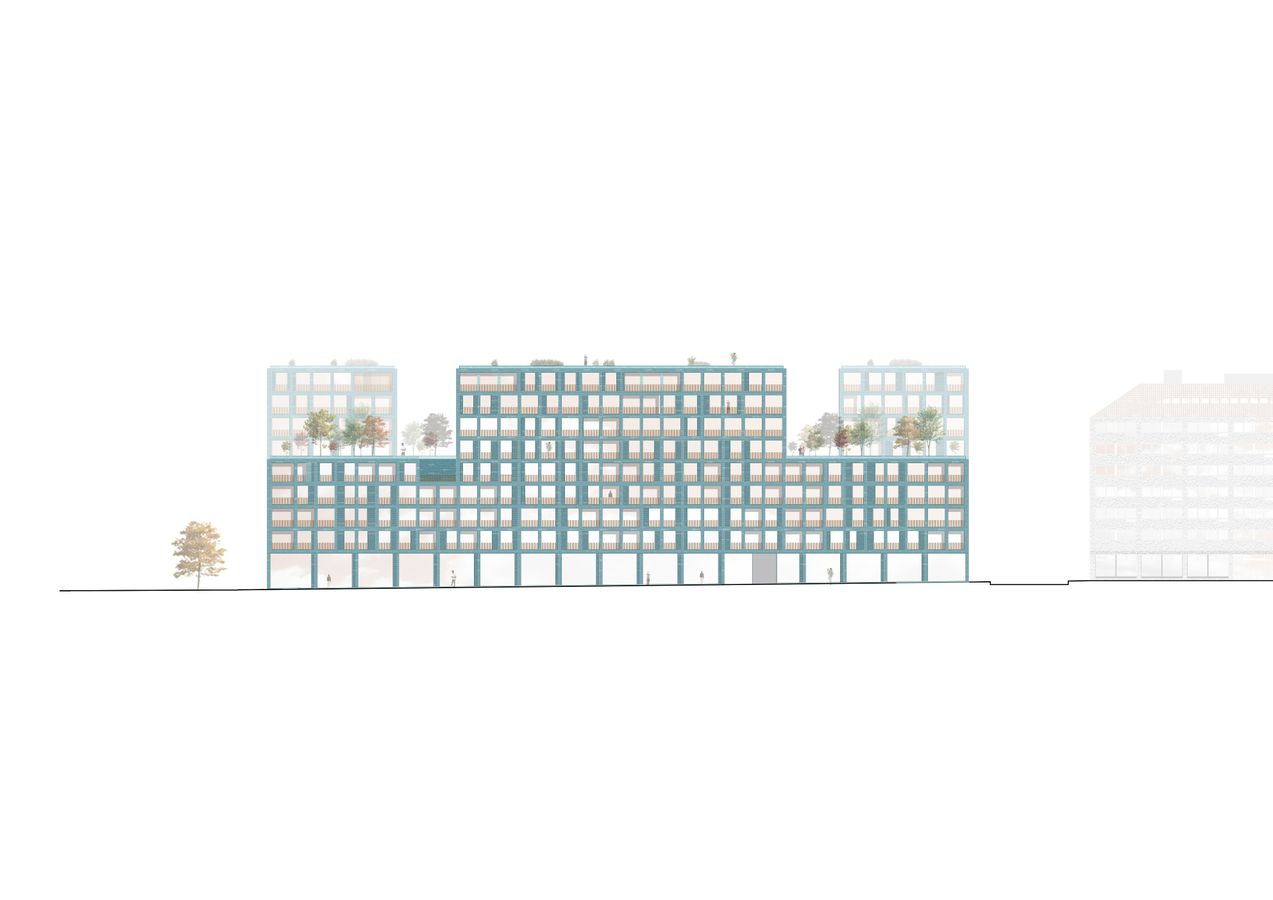 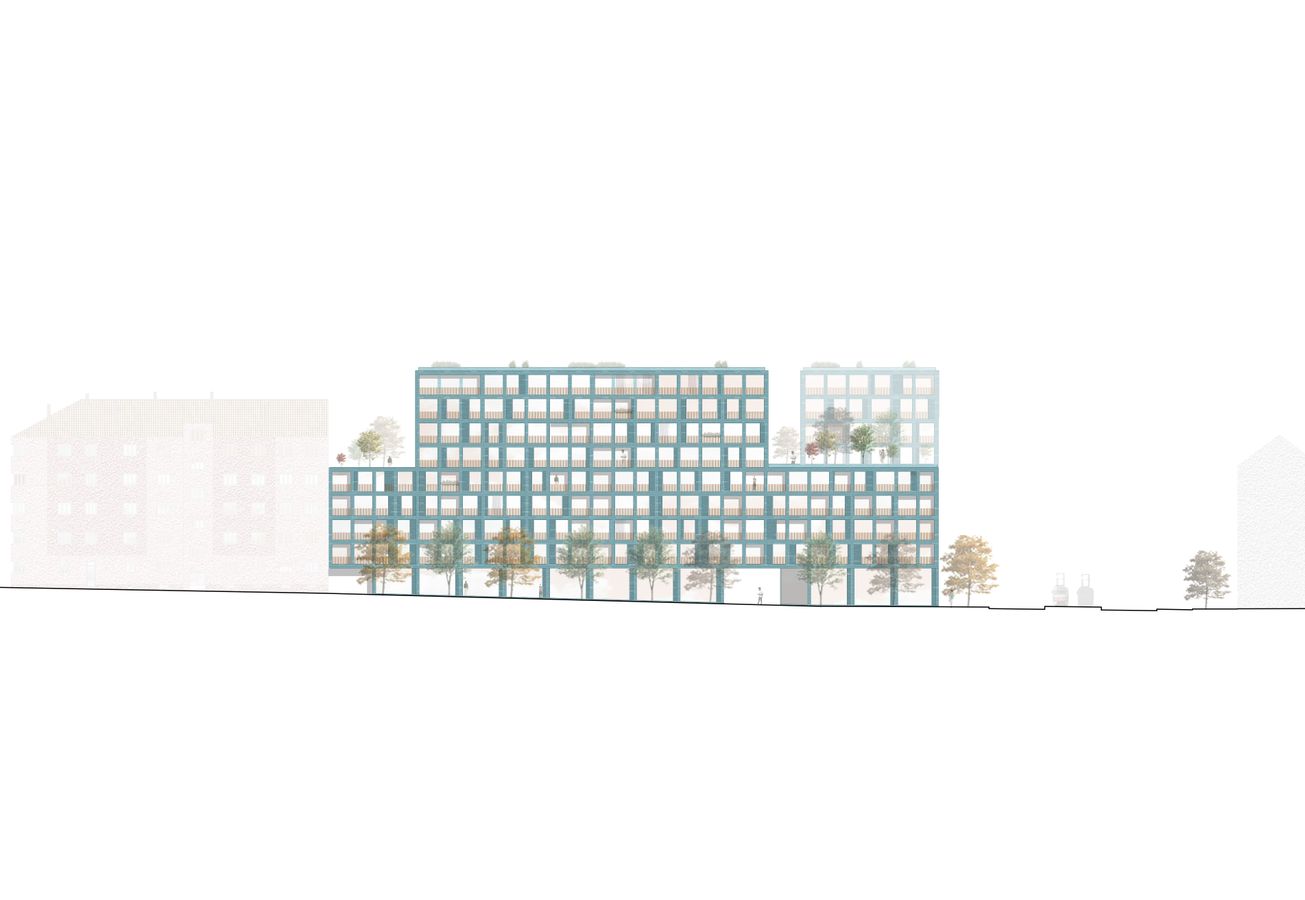 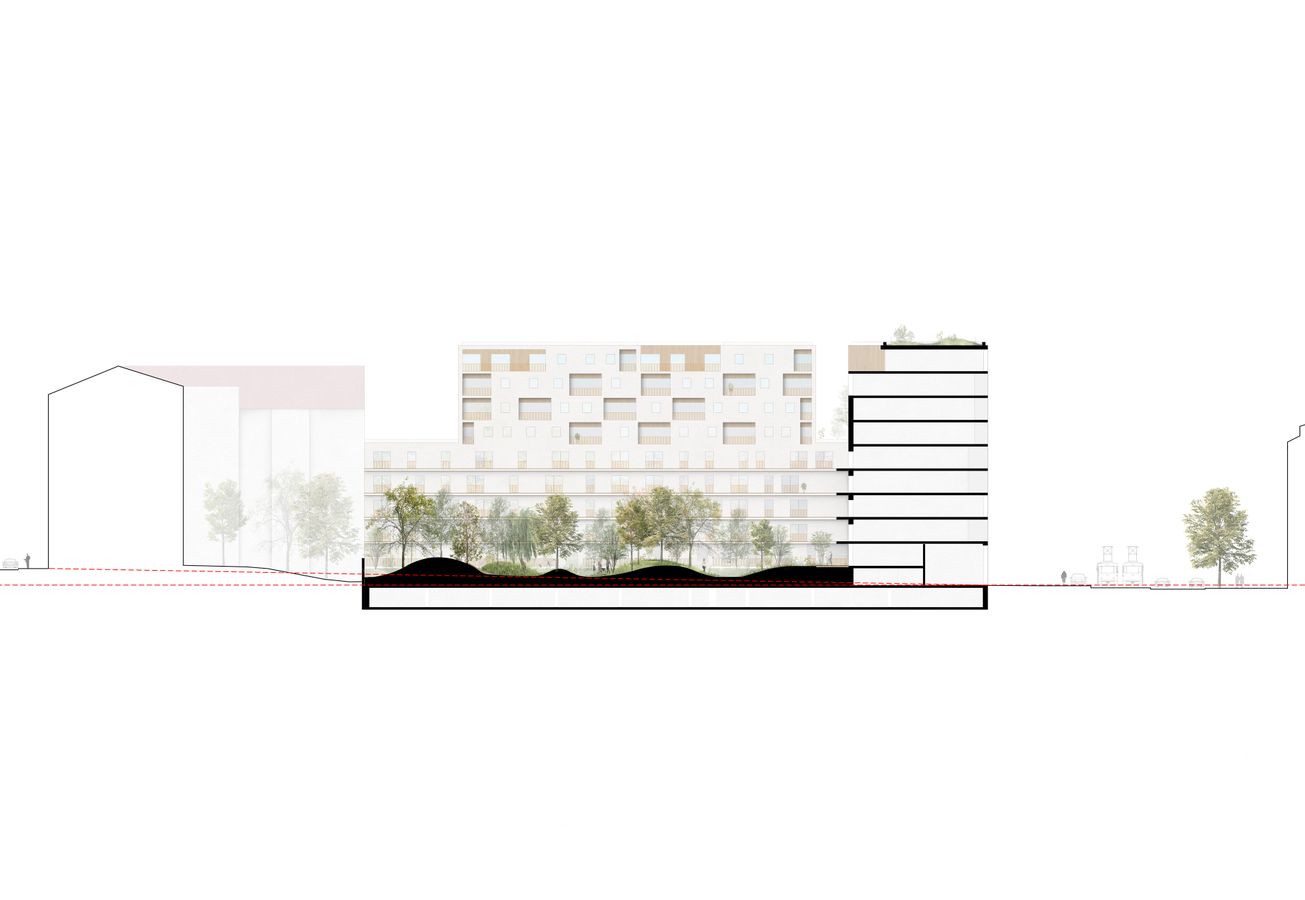 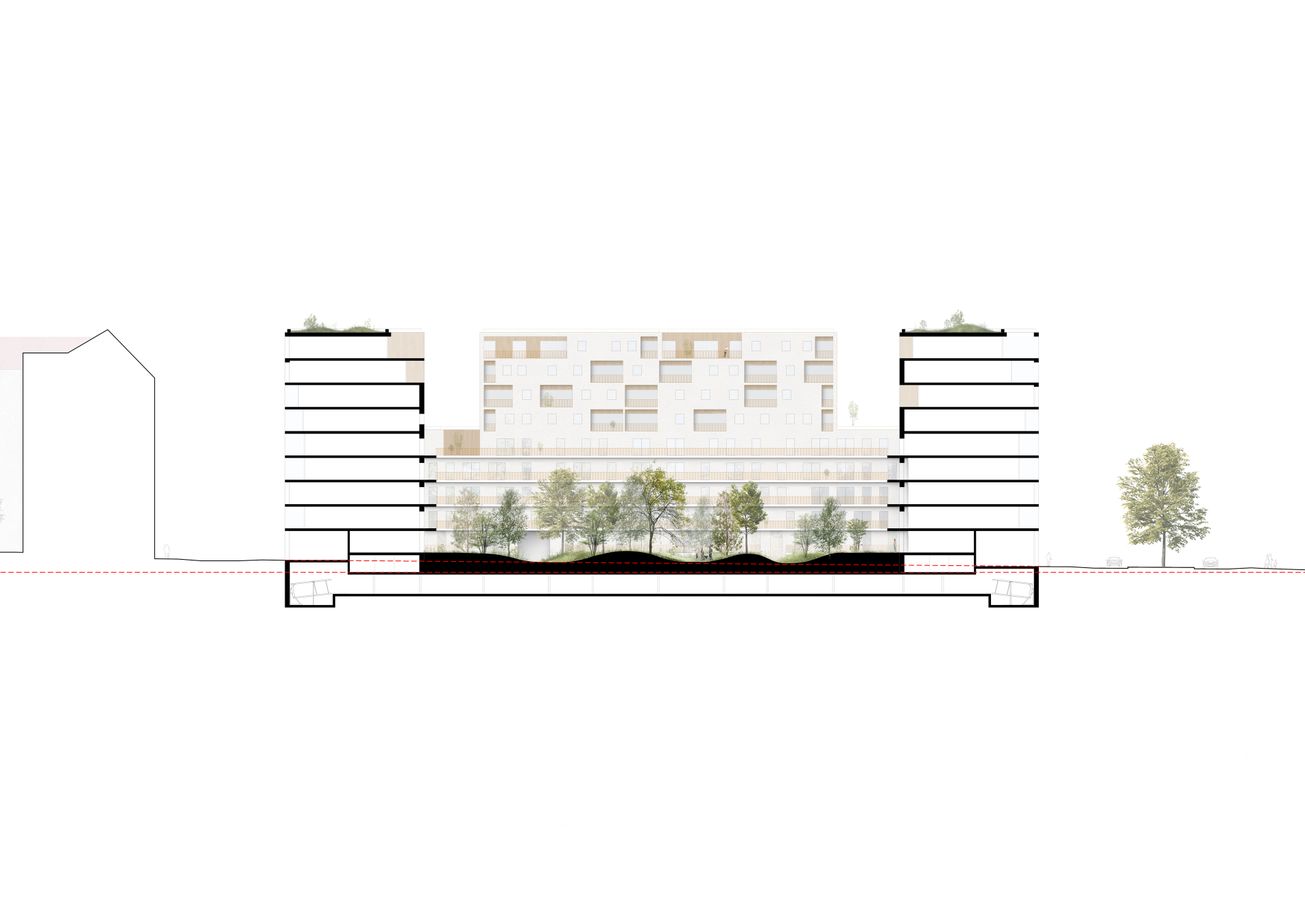 The study is based on the characteristics of a traditional city block which is being newly interpreted. Valuable aspects are preserved, such as the importance of having access to a quiet courtyard with intense greenery or the idea of a clear demarcation of the street space. Our proposal brings up other qualities in different forms, e.g. maximizing the number of corner apartments, optimizing the sun exposures or working with the outdoor space. Each apartment has access to a garden, balcony or loggia.

This completion of a city block with the apartment building with commercial parterre aimed to create a contemporary environment which would correspond to the significance and the potential of the site.

By lightening the mass of the building on its corners we achieved the inner courtyard to be more spacious and naturally illuminated, while the whole block becomes more open.

The loggia openings together with roof terraces also lighten the mass of the building, while creating high-quality outdoor spaces for the residents at the same time. By the construction of the towers, the proposal tends to create numerous attractive corner apartments with panoramic views of the local surroundings.

The facade of the building is conceived in two different characters. The street facade is made of an orthogonal grid of glazed tiles, while the courtyard is brightened up by white plaster finish, supplemented with terraces and loggias in wooden panelling.

Due to the intensive care for greenery, the whole block becomes a peaceful garden with a close connection to an adjacent park. The greenery passes through inverted corners filled with terraces, and over the generous loggias and balconies, it continues to the green courtyard where numerous mature trees are proposed to be planted.

The proposal takes advantage of the natural sloping of the terrain. The space for the commercial parterre is designed in all three street lines, getting smaller towards the side streets.