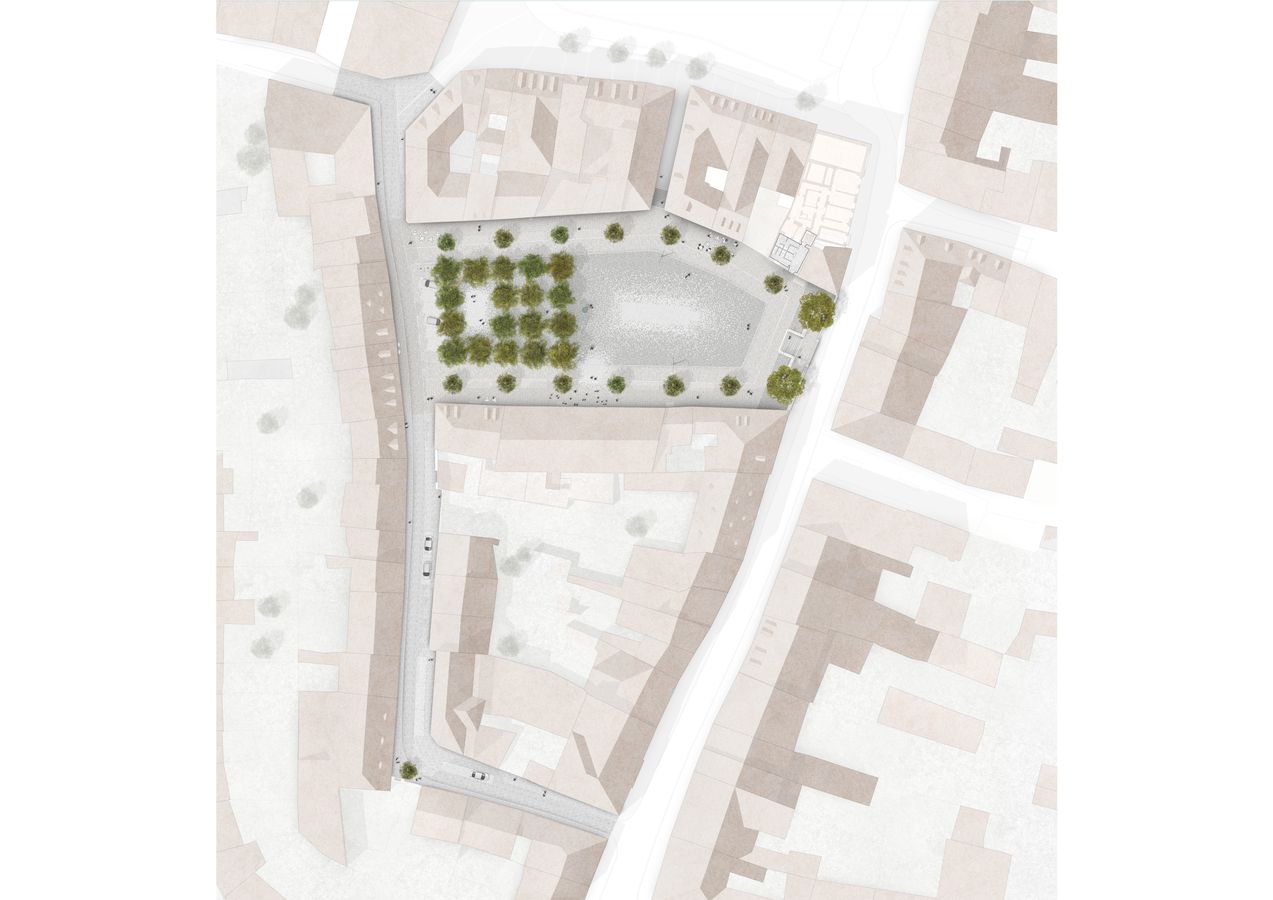 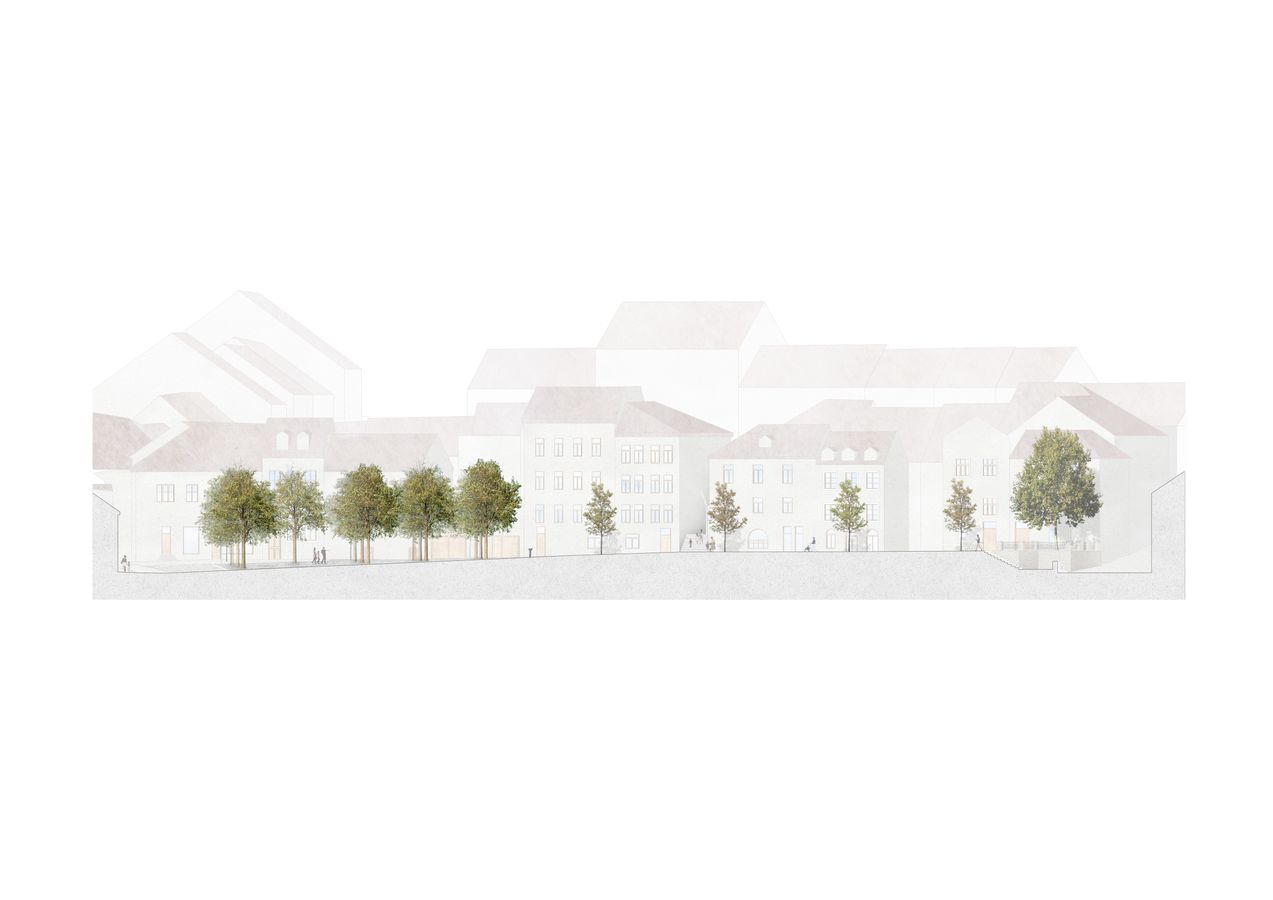 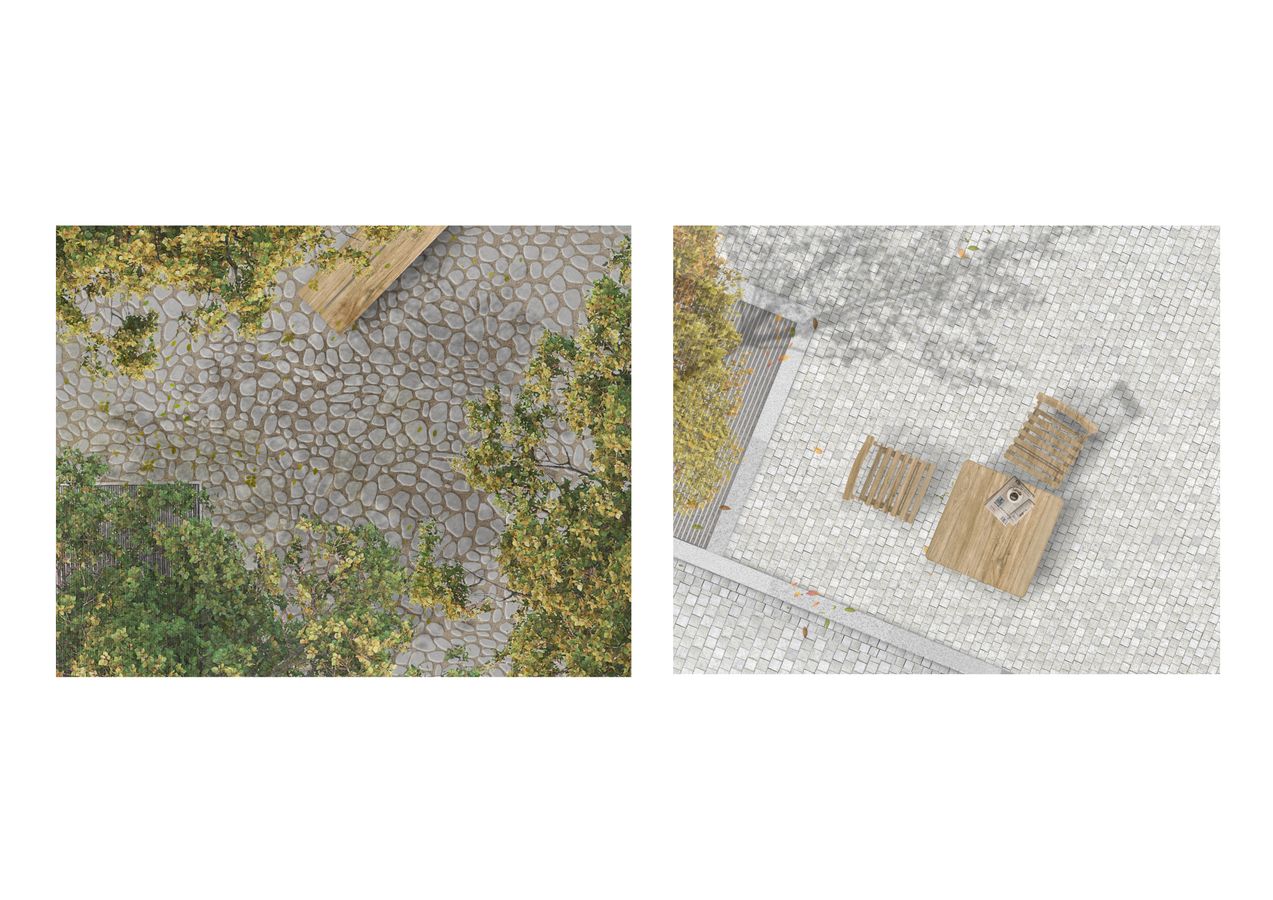 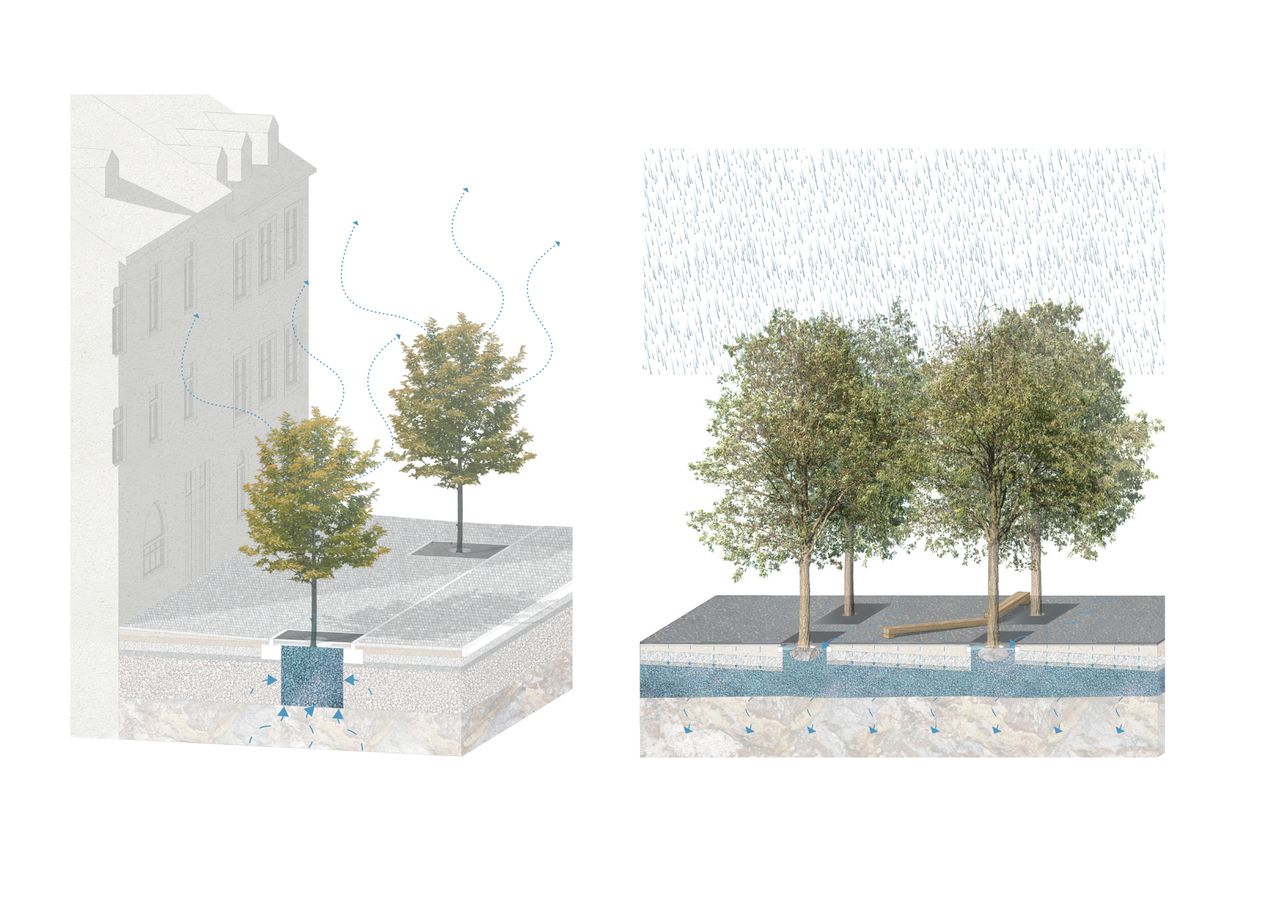 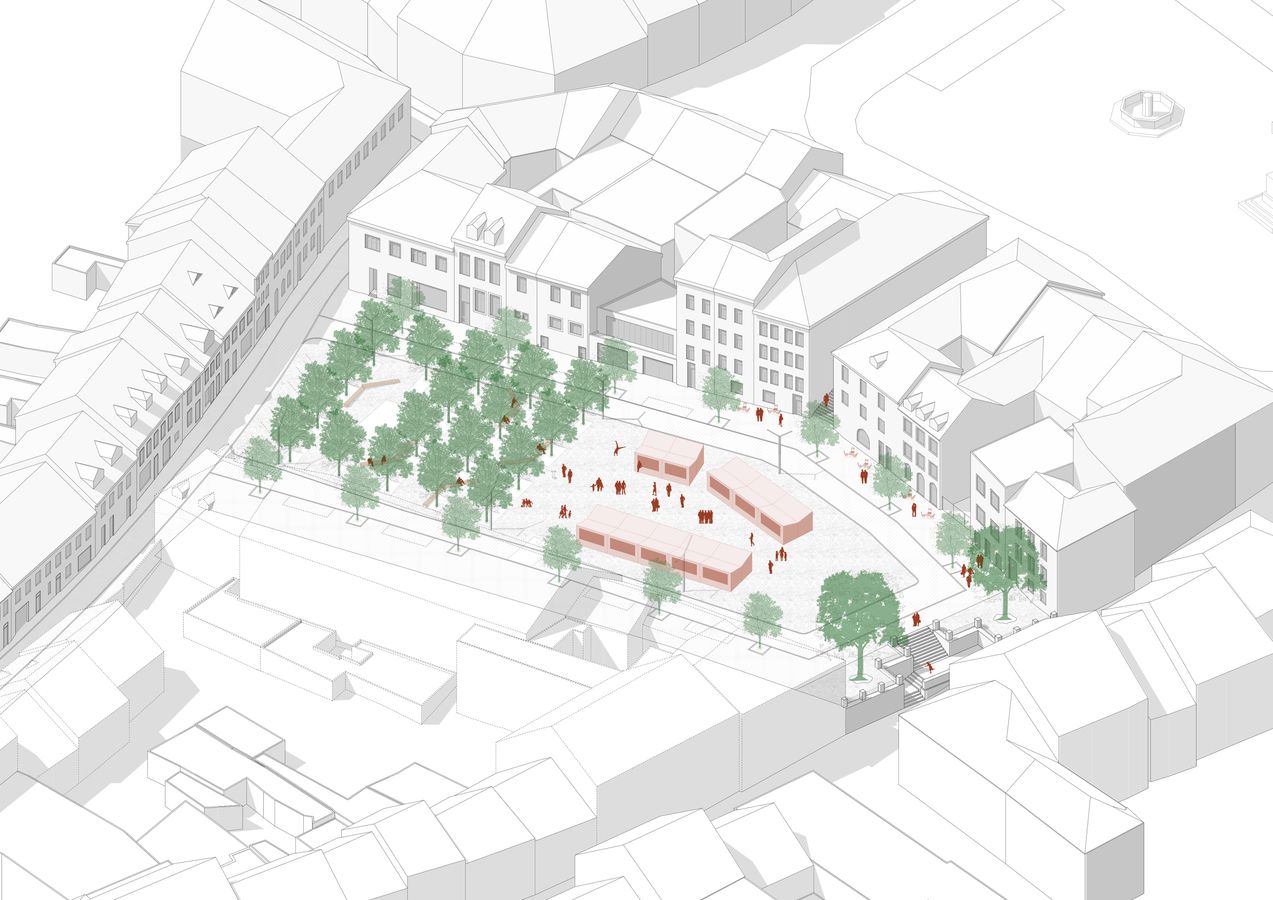 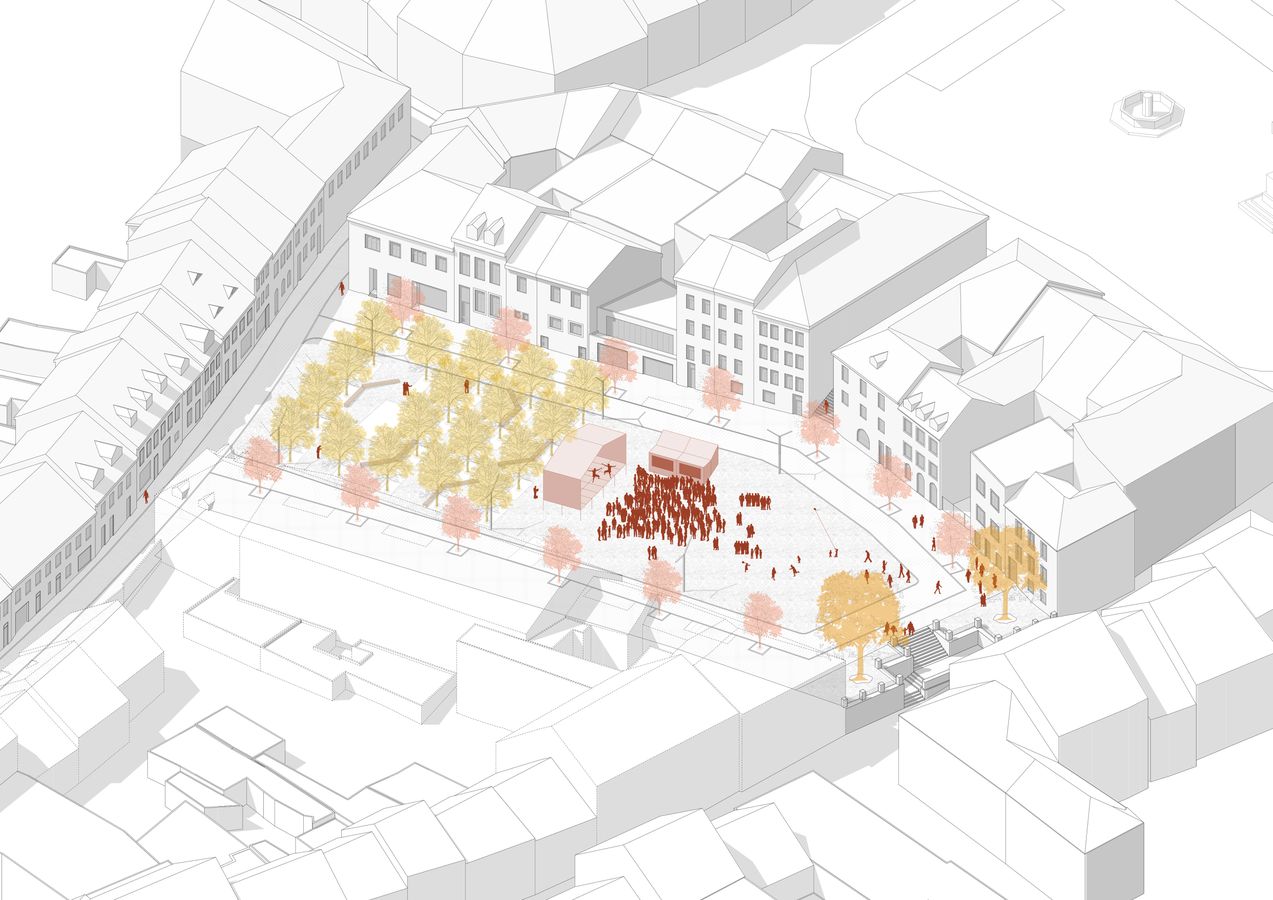 Square is connected to the main representative public area of the city. With its own specific character and lively but peaceful atmosphere, the square act as space where regular markets or other social gatherings take place. Not only because of its pleasant residential environment the place is also used by the local youth attending nearby schools. The individual elements of the proposal are designed according to the current needs for public spaces while taking into consideration the historical development of the area and its potential.

The main focus of the proposal is the central open space which is designed for social and cultural events. The former church which changed its appearance and footprint several times for its duration is considered as a historical dominant of the square. We do not literally follow the historical footprint of former objects but recall their presence using the differentiation of paving formats. Gradual clustering of the paving formats enables a flat surface for holding markets.

The free space of the square is complemented by a group of trees casting pleasing shadows on the seating spots. The grid of trees is discontinued on the site of the former dean's house which enables holding minor social events.

There is a designed space for the outside seating of local cafés, wine bars and restaurants along the perimeter of the square, complemented by a green border of petty trees. The alleys lead to the pair of majestic plane trees, creating an imaginary structural gate while optically closing the space of the square at its height level, altogether welcoming potential visitors to enter.

The species selection of trees enables variability to the square for the whole year. The proposal emphasises longevity and ability to adapt to different conditions and demands of the square.