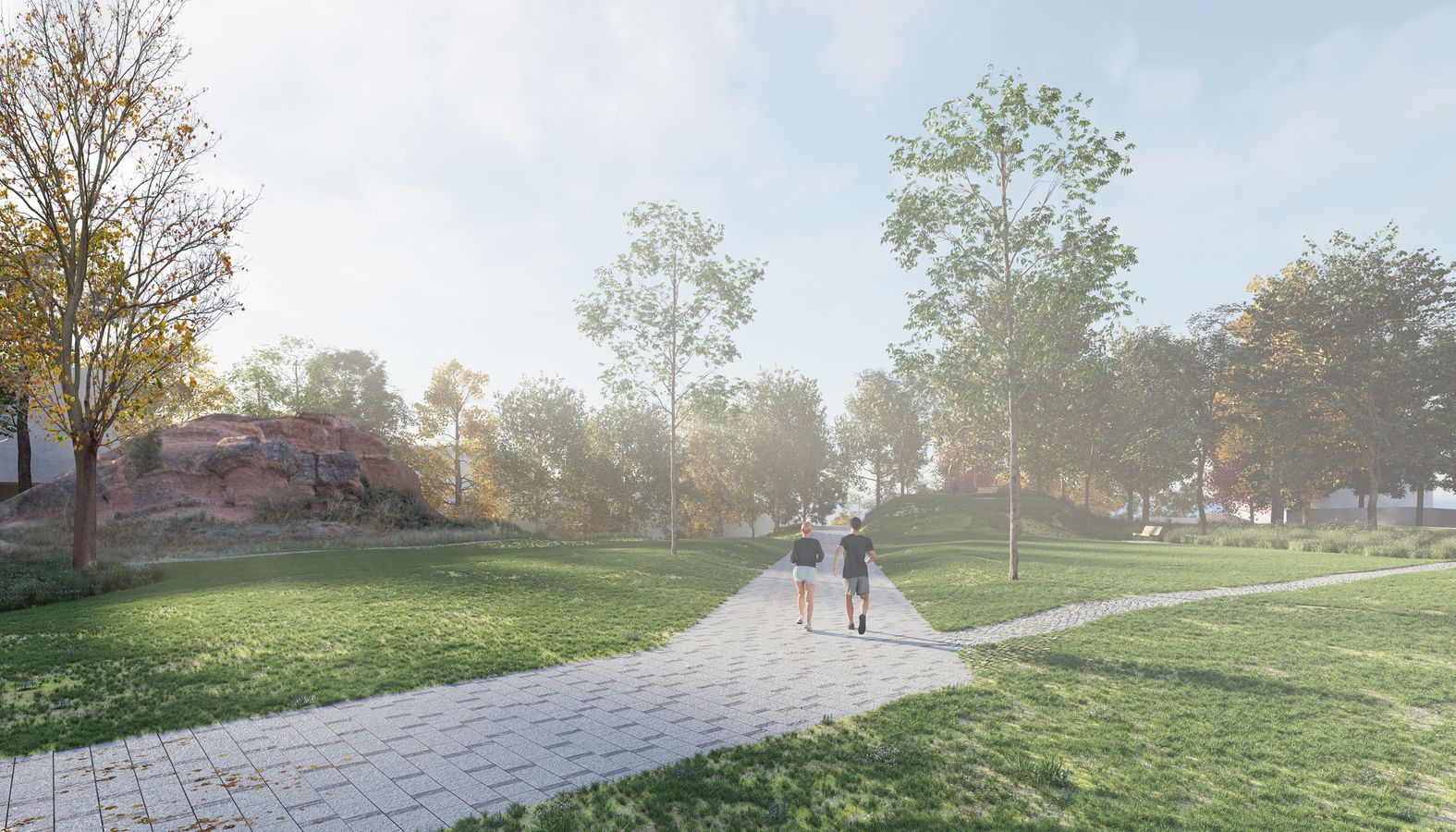 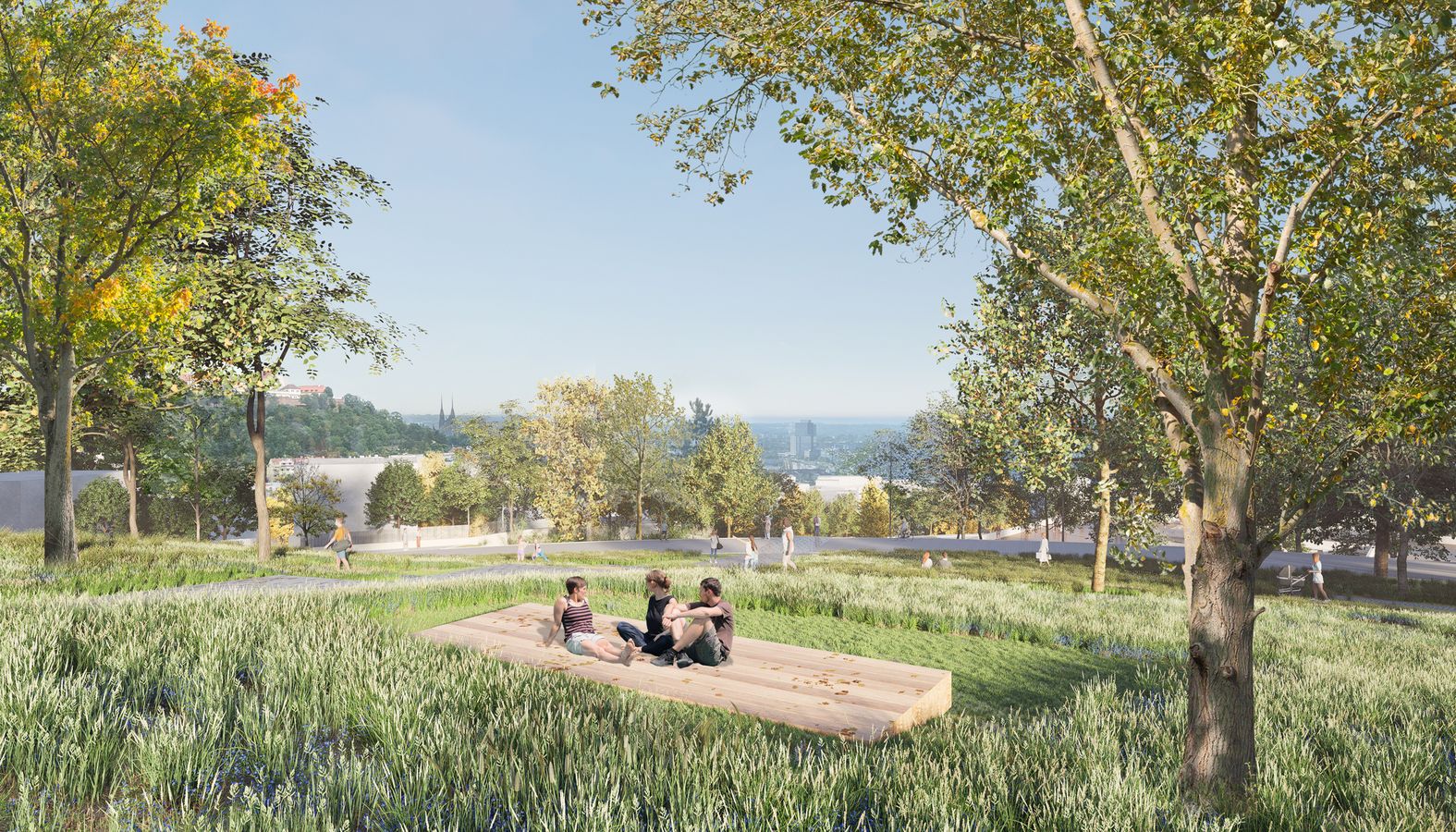 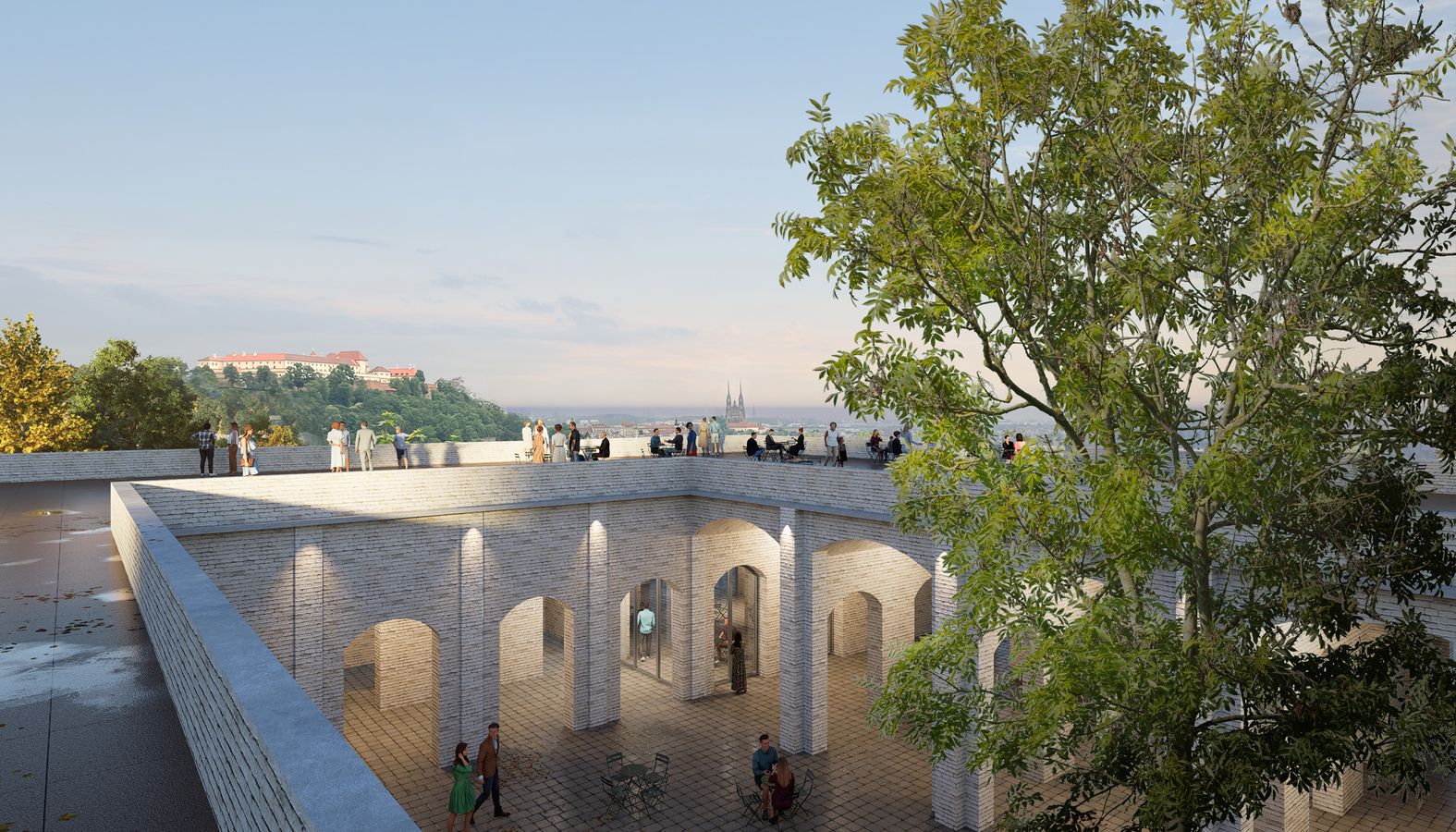 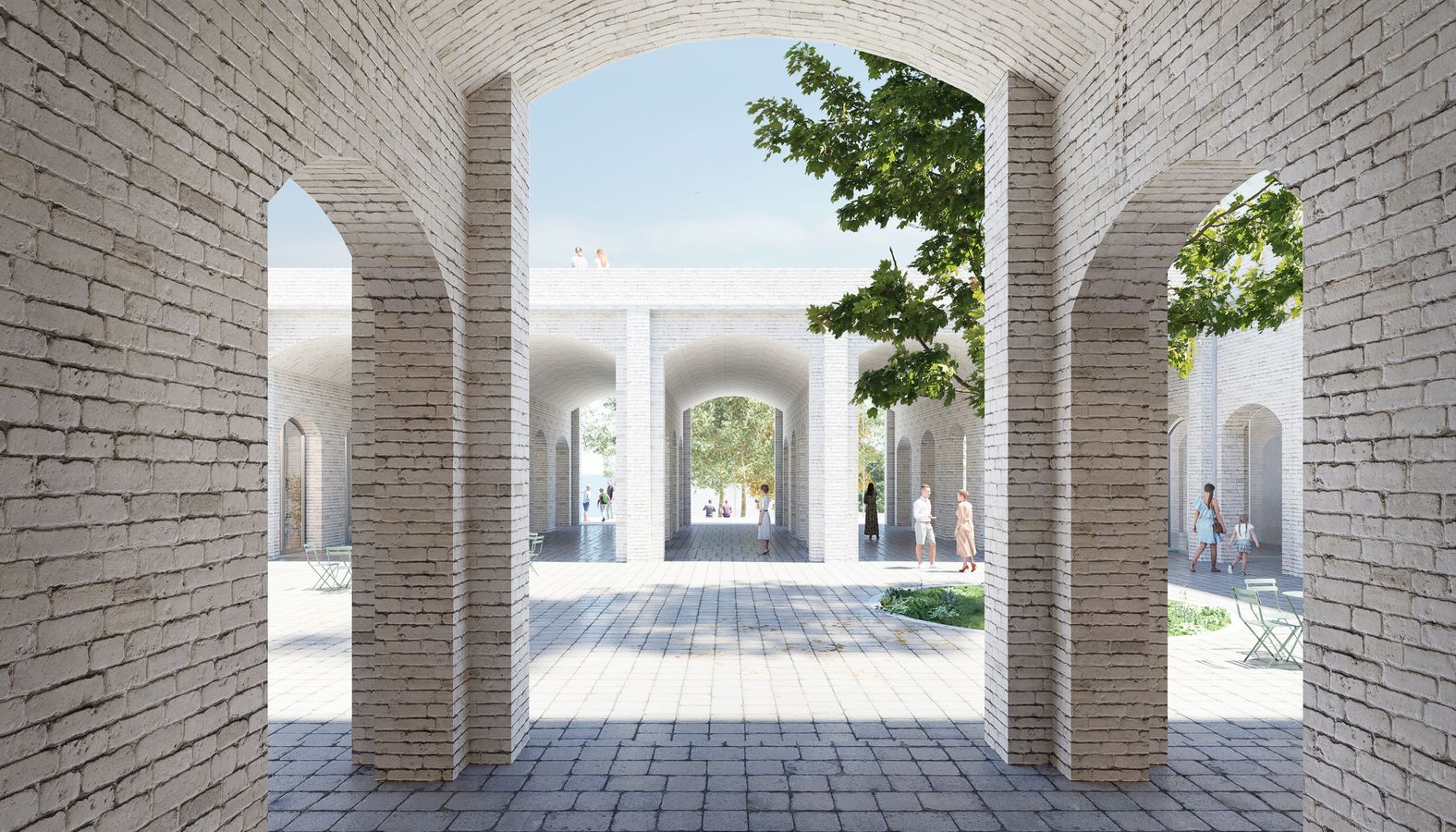 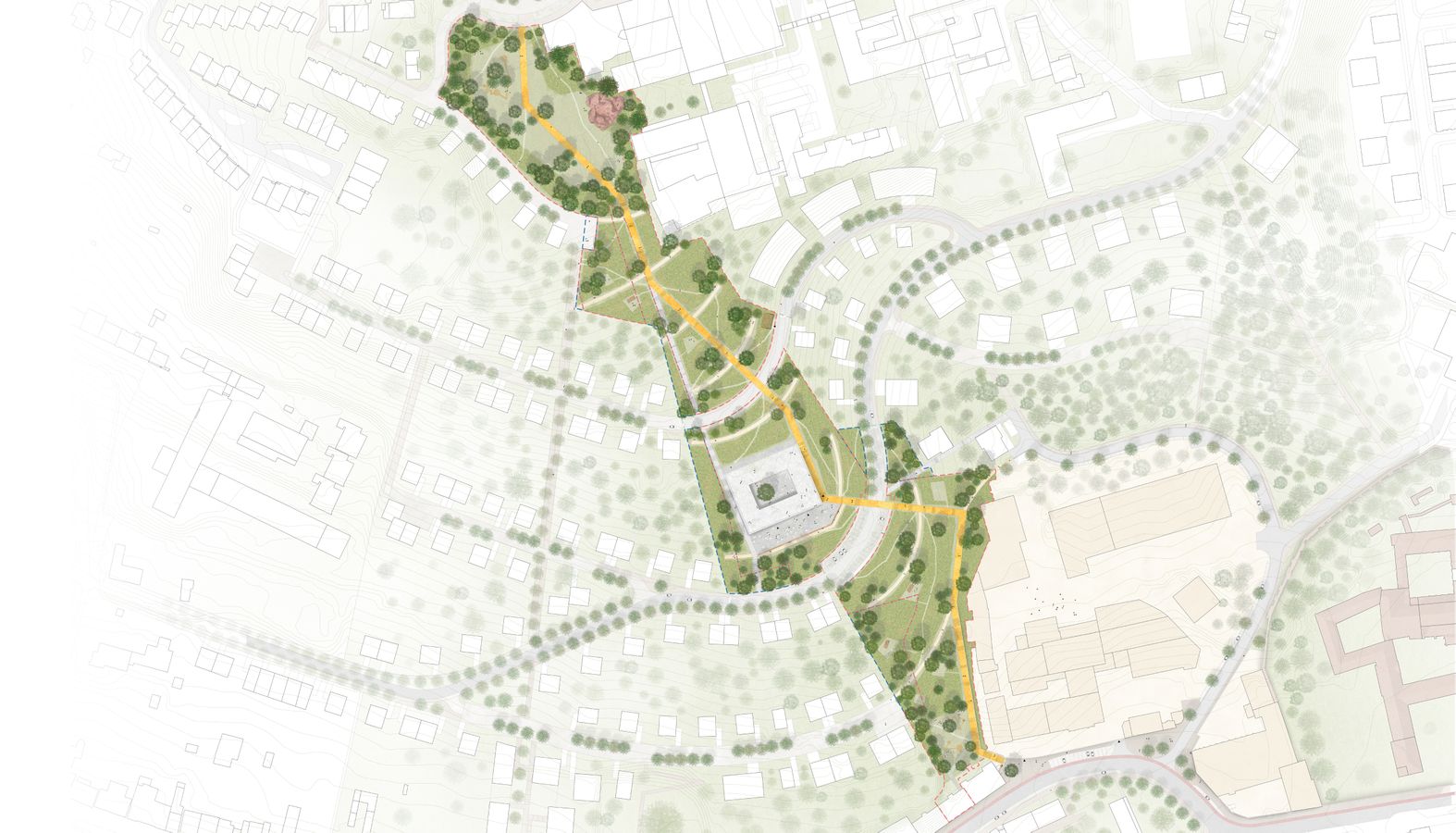 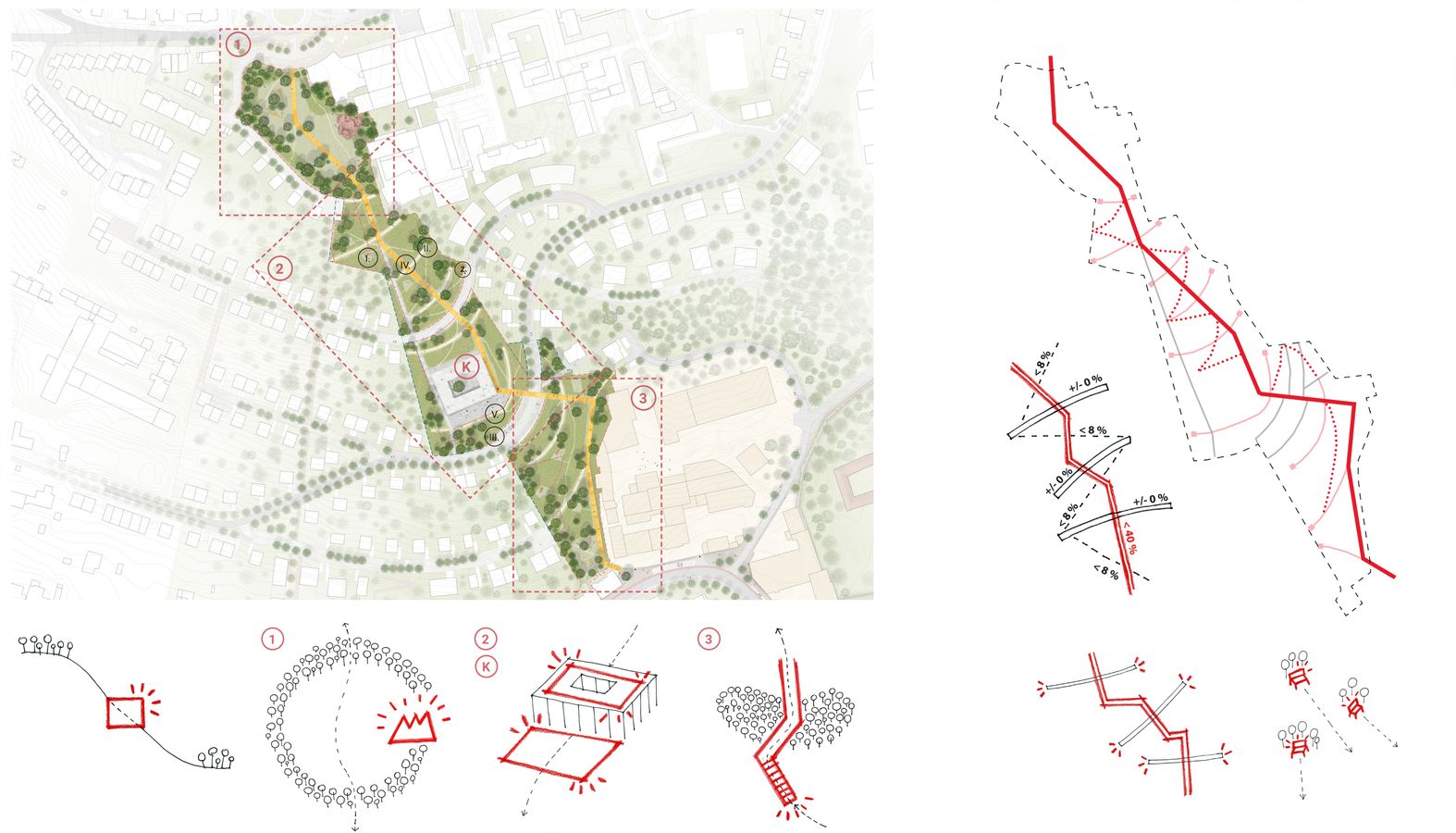 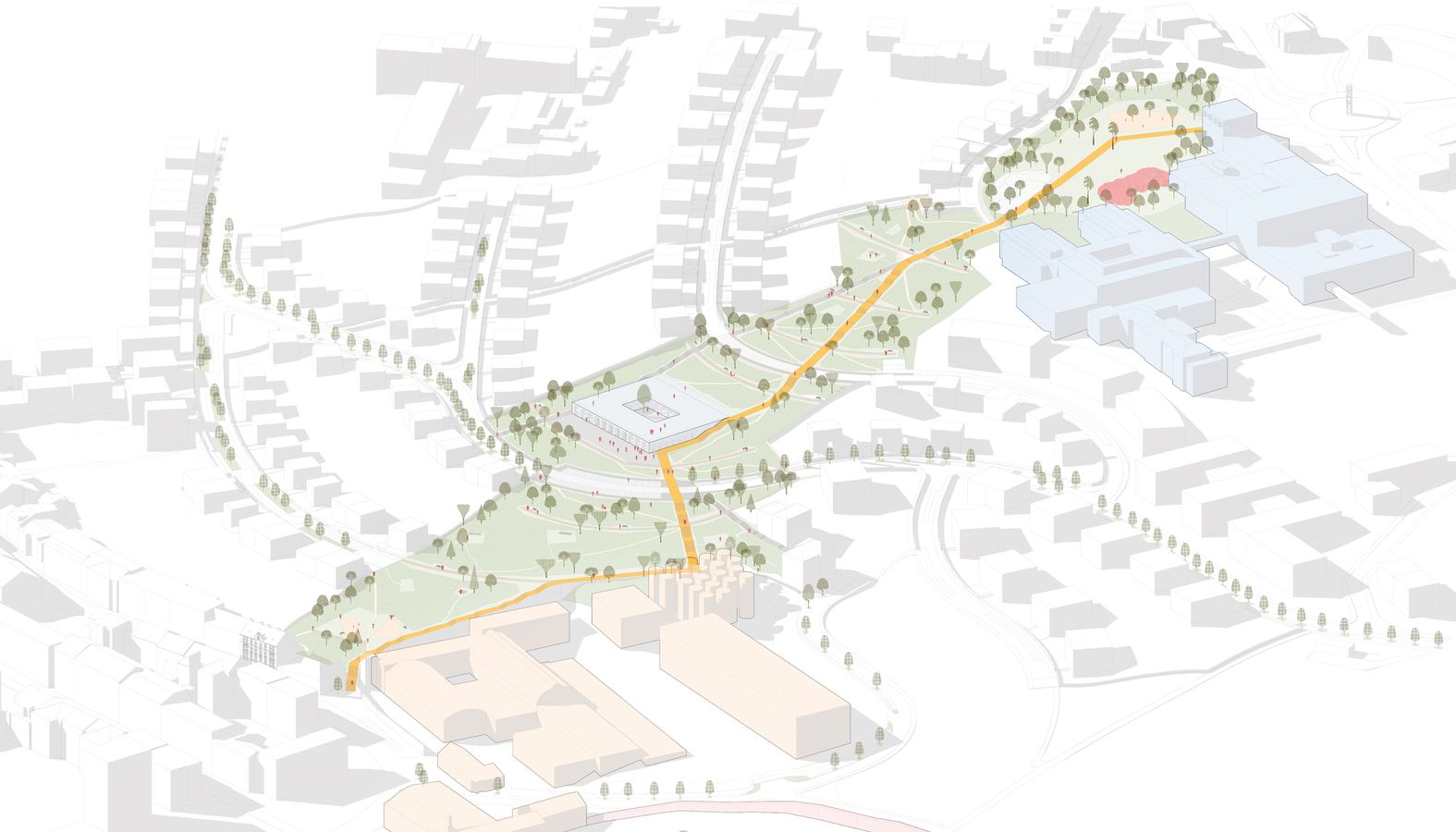 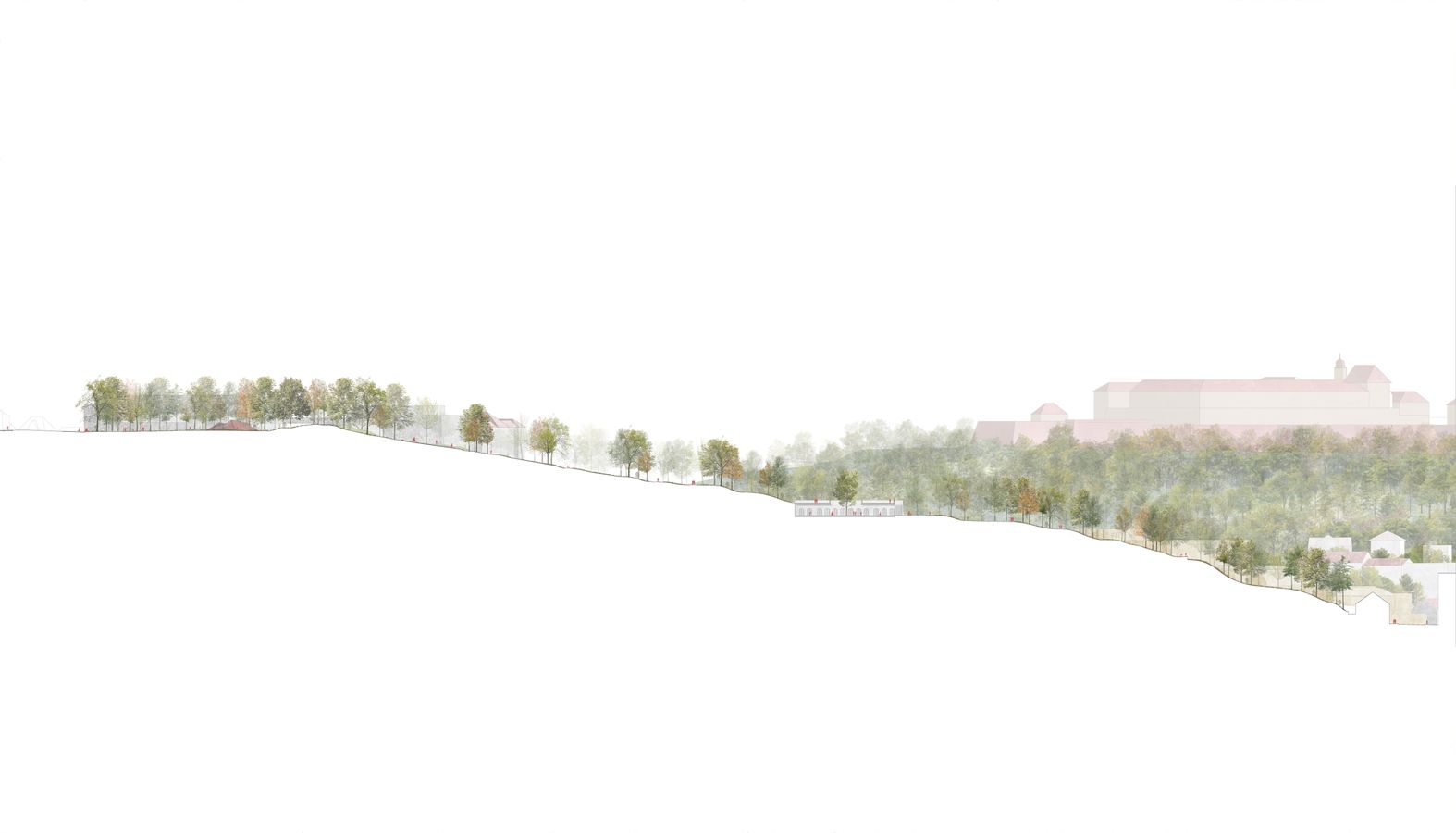 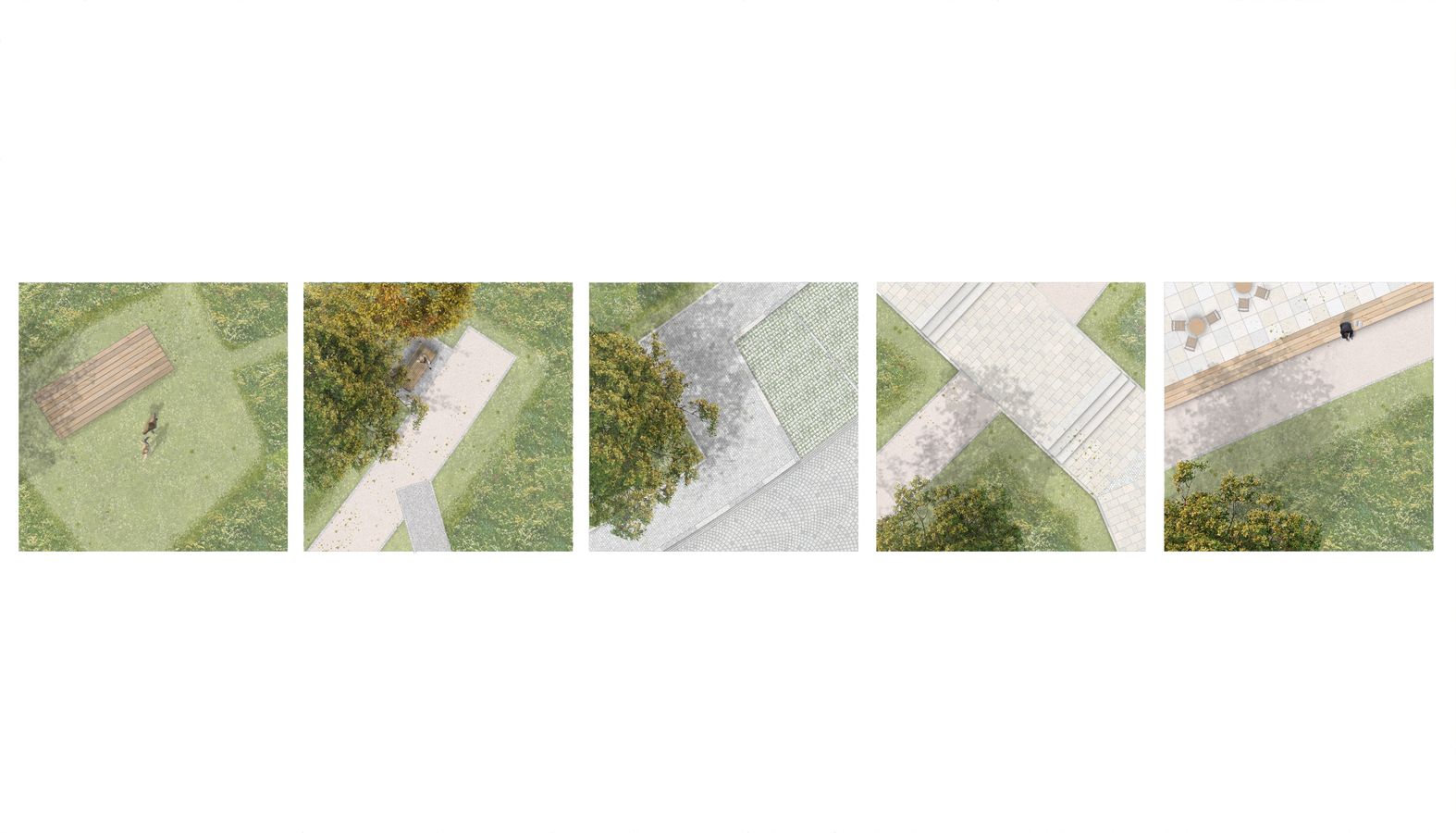 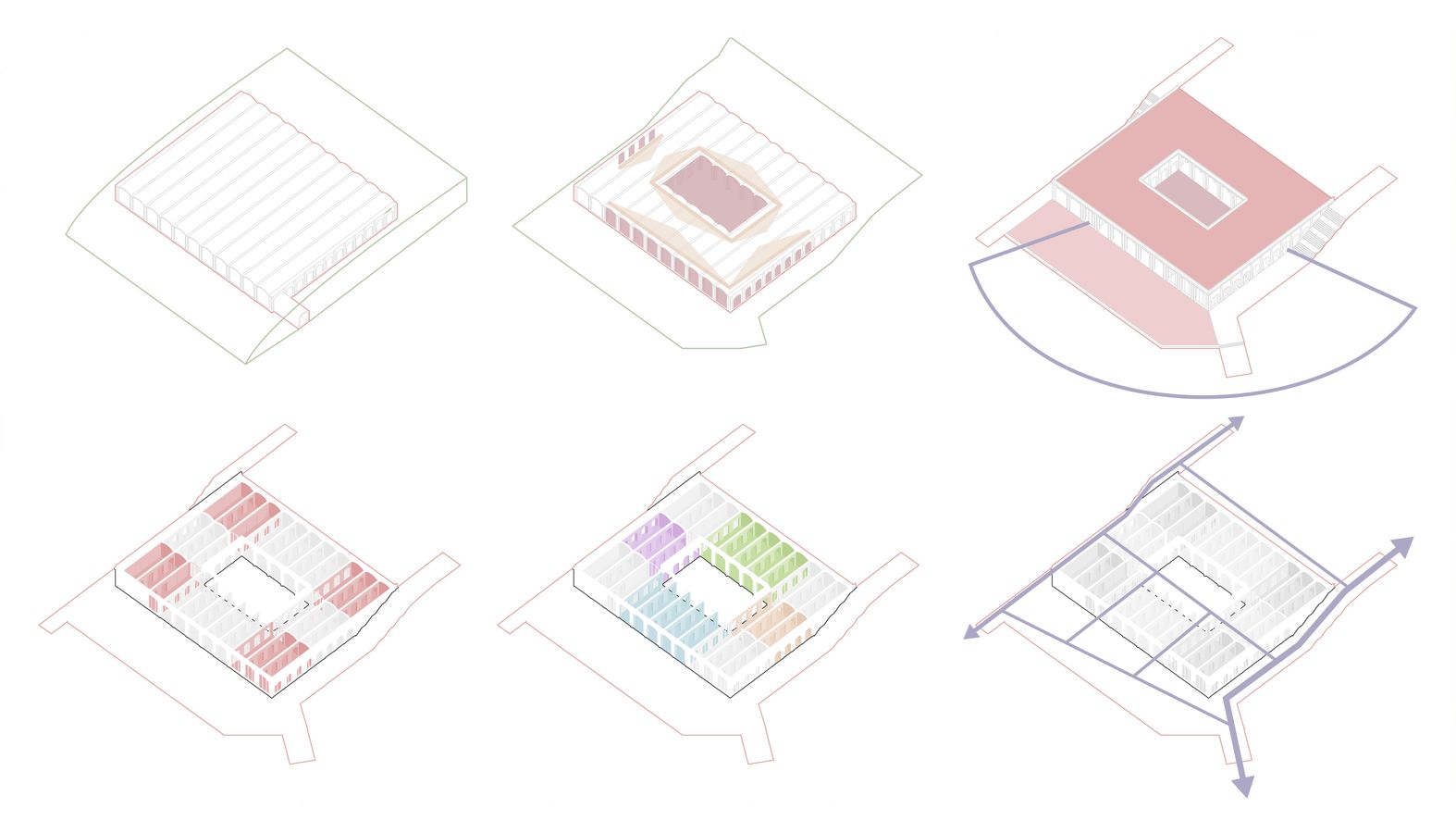 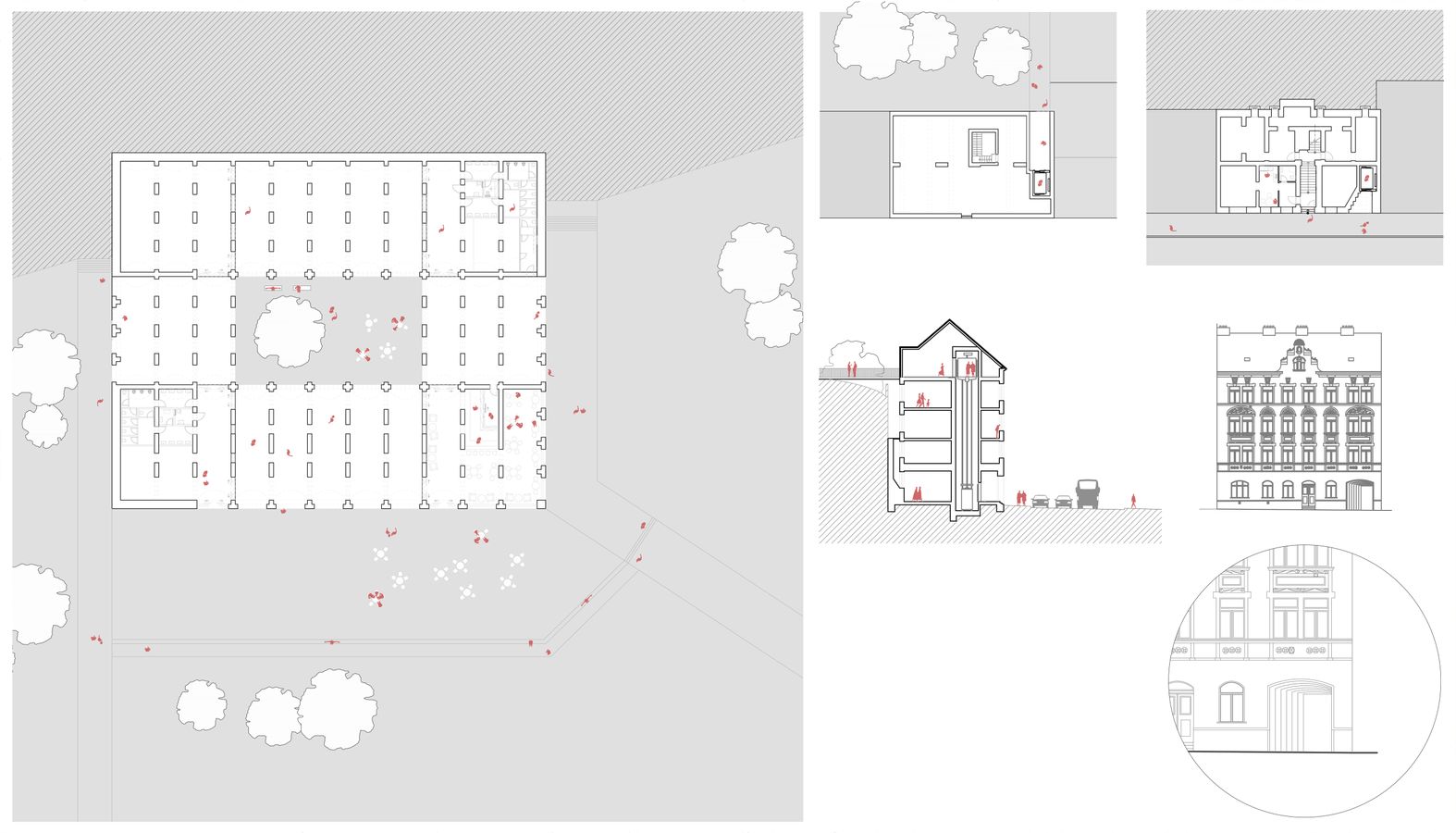 The design of the park grows out of the context of the site, as a south-facing hill with outstanding views and is located in the area of the planned new neighbourhood. All parts of the design (road network, old brewery ice house, vegetation, furniture) are designed to enhance these unique views as much as possible.

The park is divided into large informal areas and small formal areas to make the implementation and subsequent maintenance of the park as easy as possible.

The park consists of three parts with different character: the top, the middle and the foot of the hill. At the top of the hill, we create a forest that highlights the hill and visually enlarges it.
A larger group of trees at the foot of the hill will help to isolate the Brewery and the rush of Old Brno. We leave the central part of the park looser to make the figure of the old brewery ice house and the picturesque views of the wide valley of the Svratka River stand out. The individual parts are connected to each other by a well thought-out system of paths, walkways and footpaths.

The design also includes the modification of the old brewery ice house. Today the building is a difficult to use space, a dark place under a layer of soil that has lost its function. As part of the earthworks of the park, we propose to uncover and enlighten the space with new openings and a new central atrium. The newly designed - revealed roof will create a natural viewpoint in the park, and does not disturb the green horizon - the panorama of the Yellow Hill.

The originally completely closed building opens up and integrates into the park organism. Visitors can freely walk through the building to the atrium, the front terrace or the roof terrace. The architecturally unique object thus becomes a true part of the architectural and landscape design ensemble. The character of these terraces is very much reminiscent of the waterfront with its beautiful views.