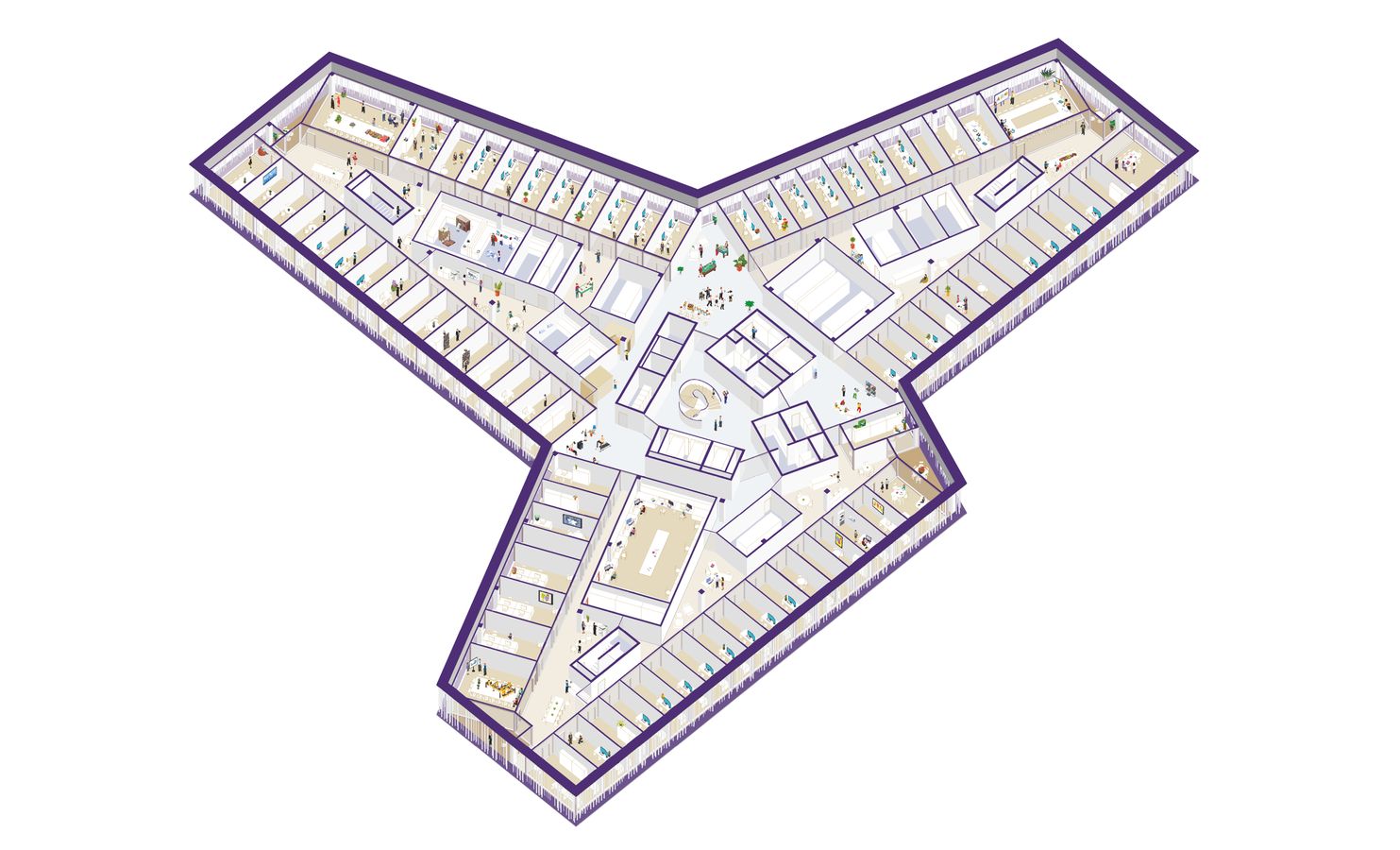 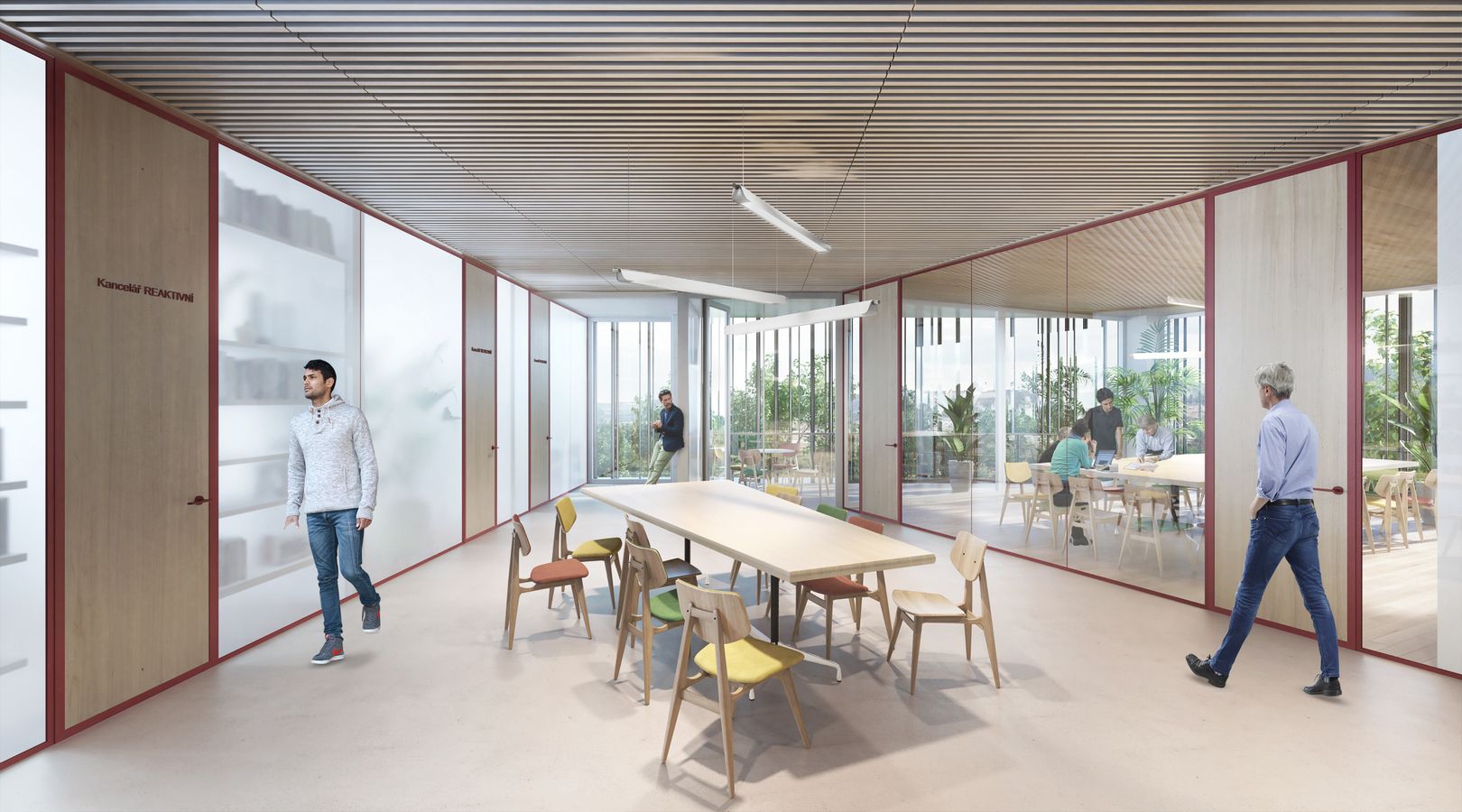 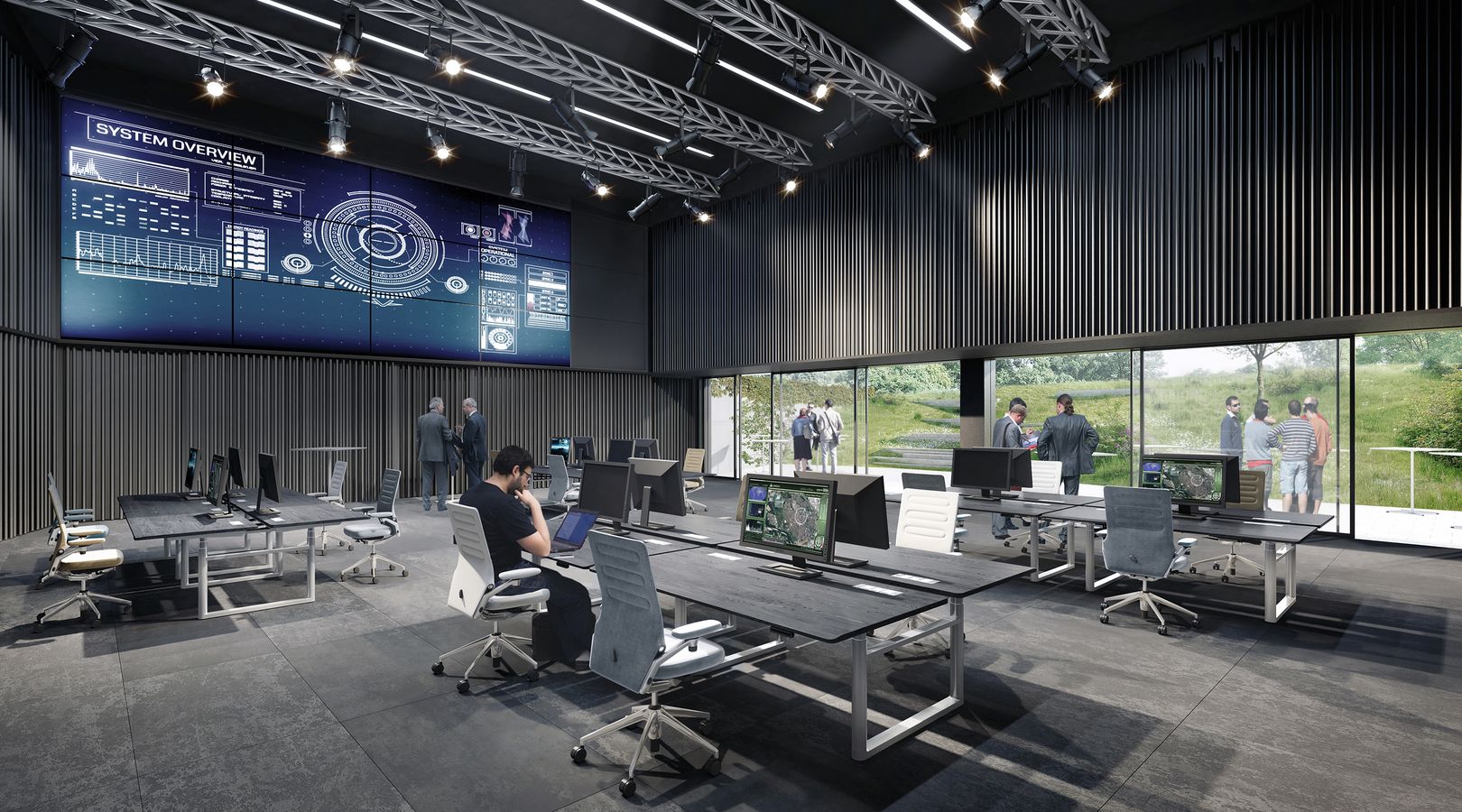 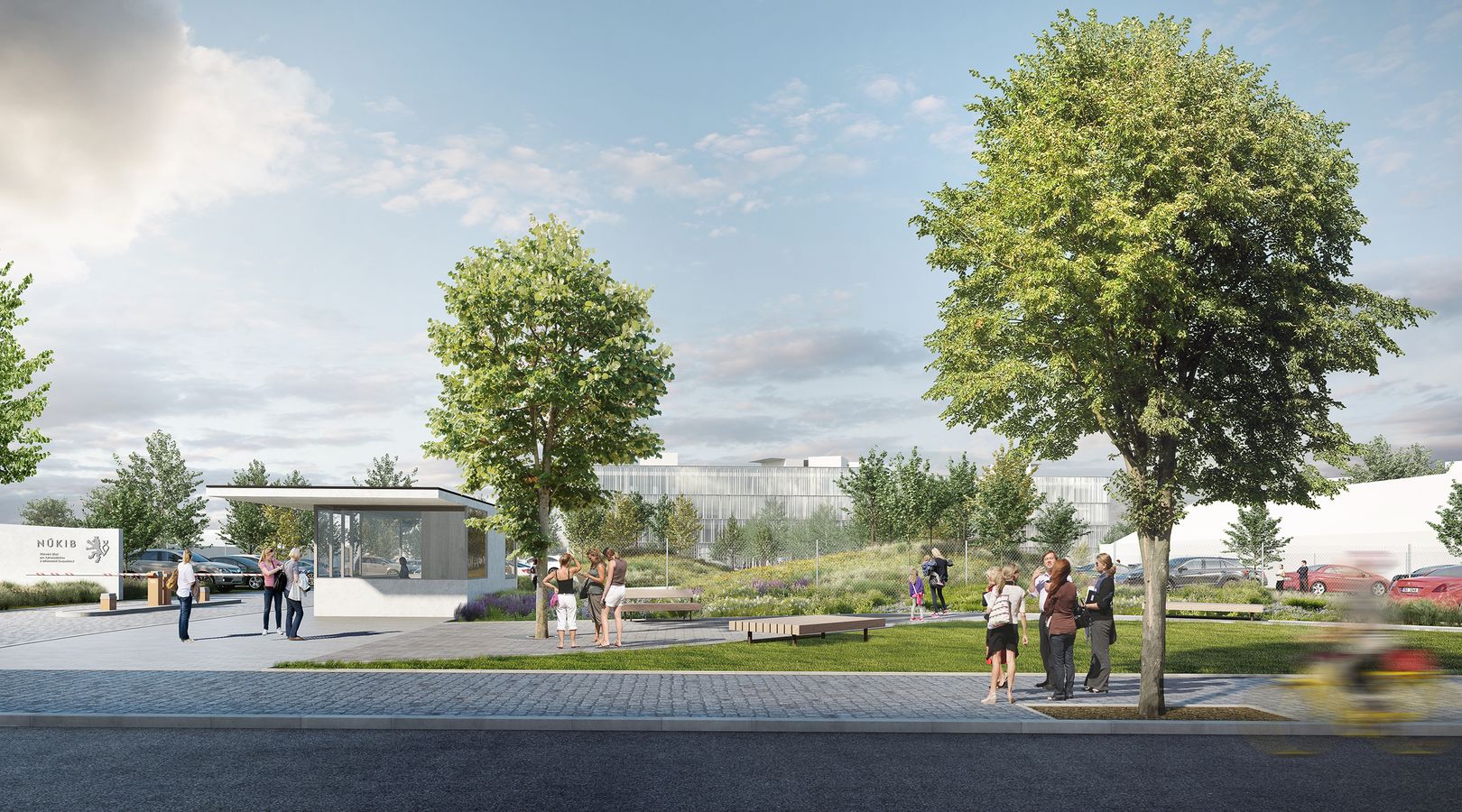 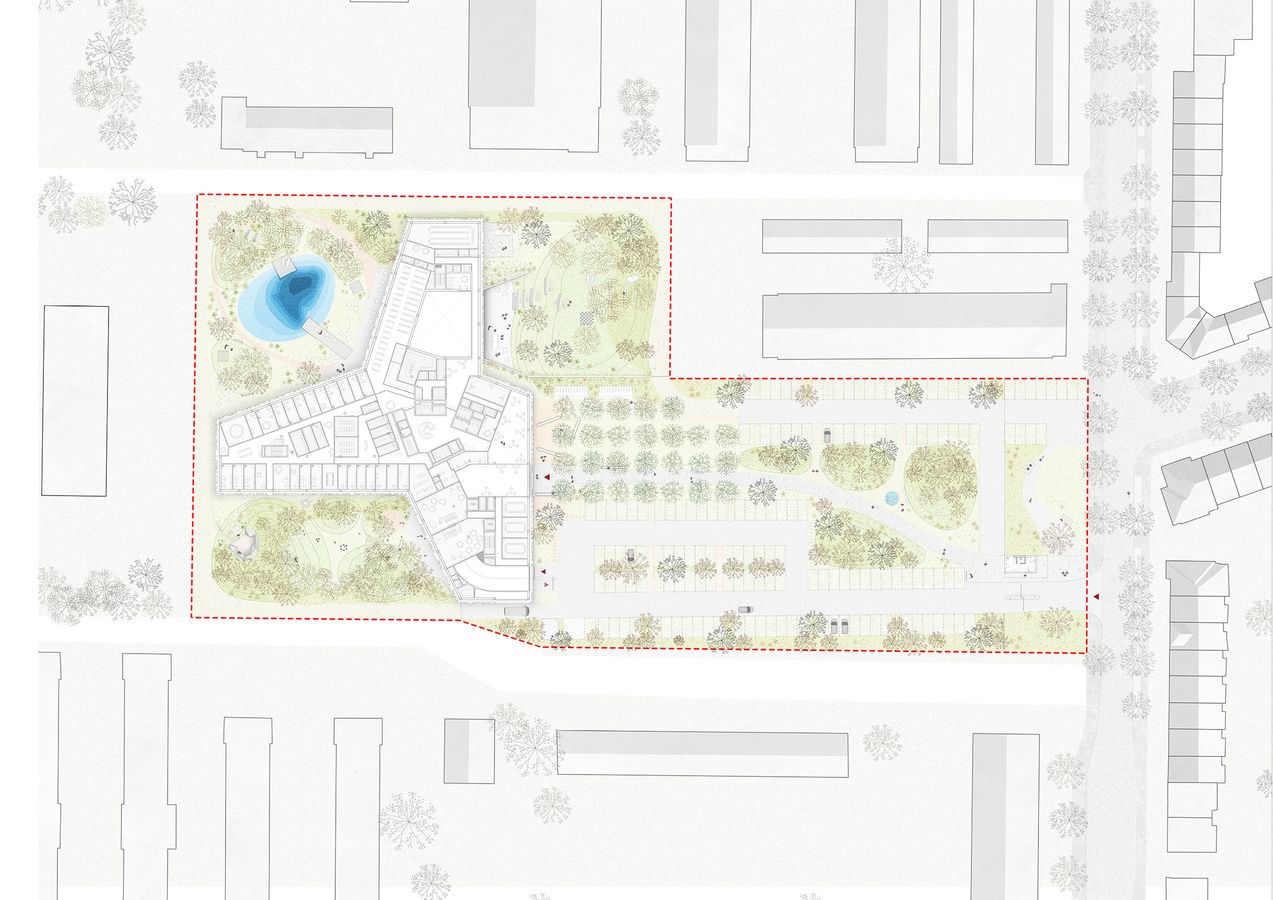 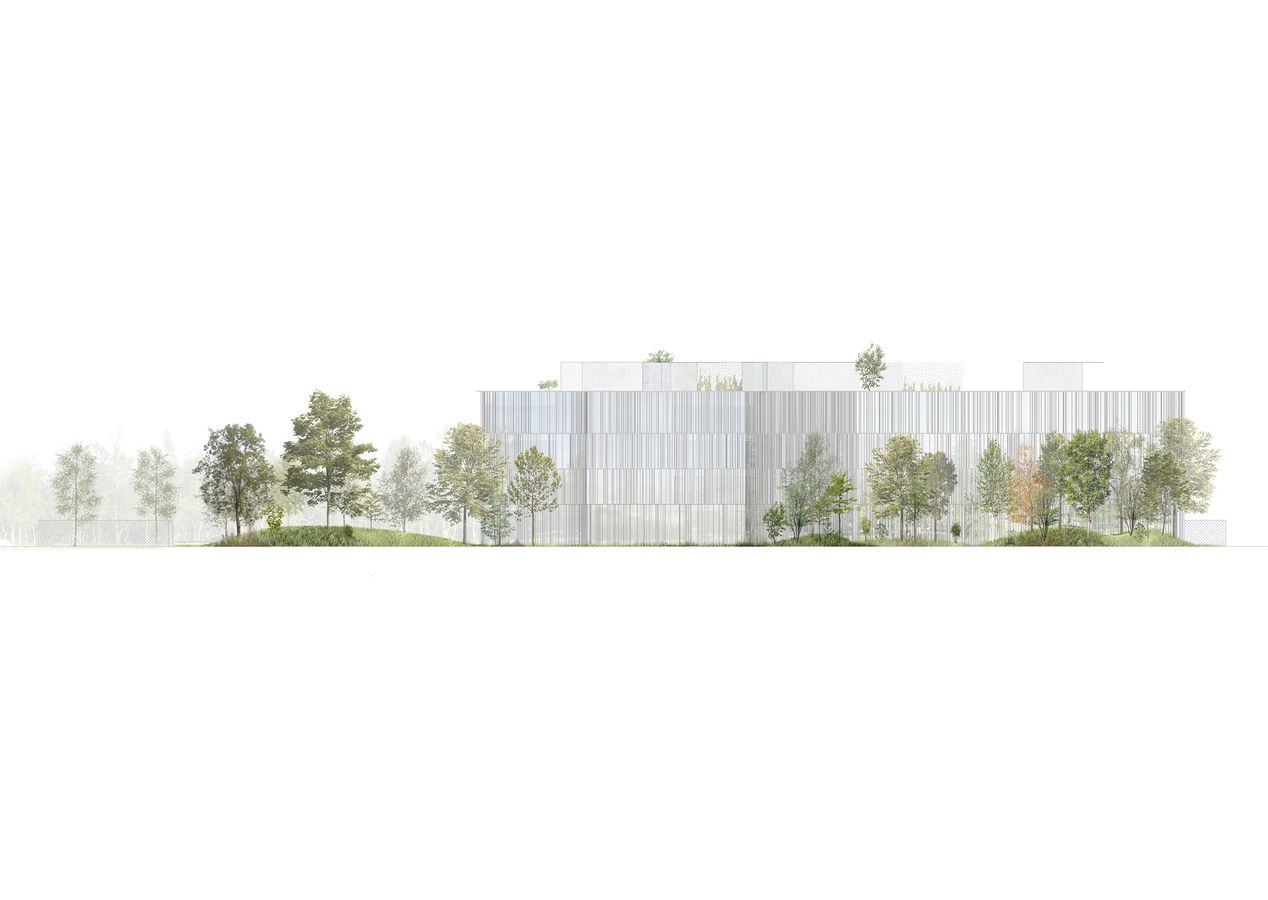 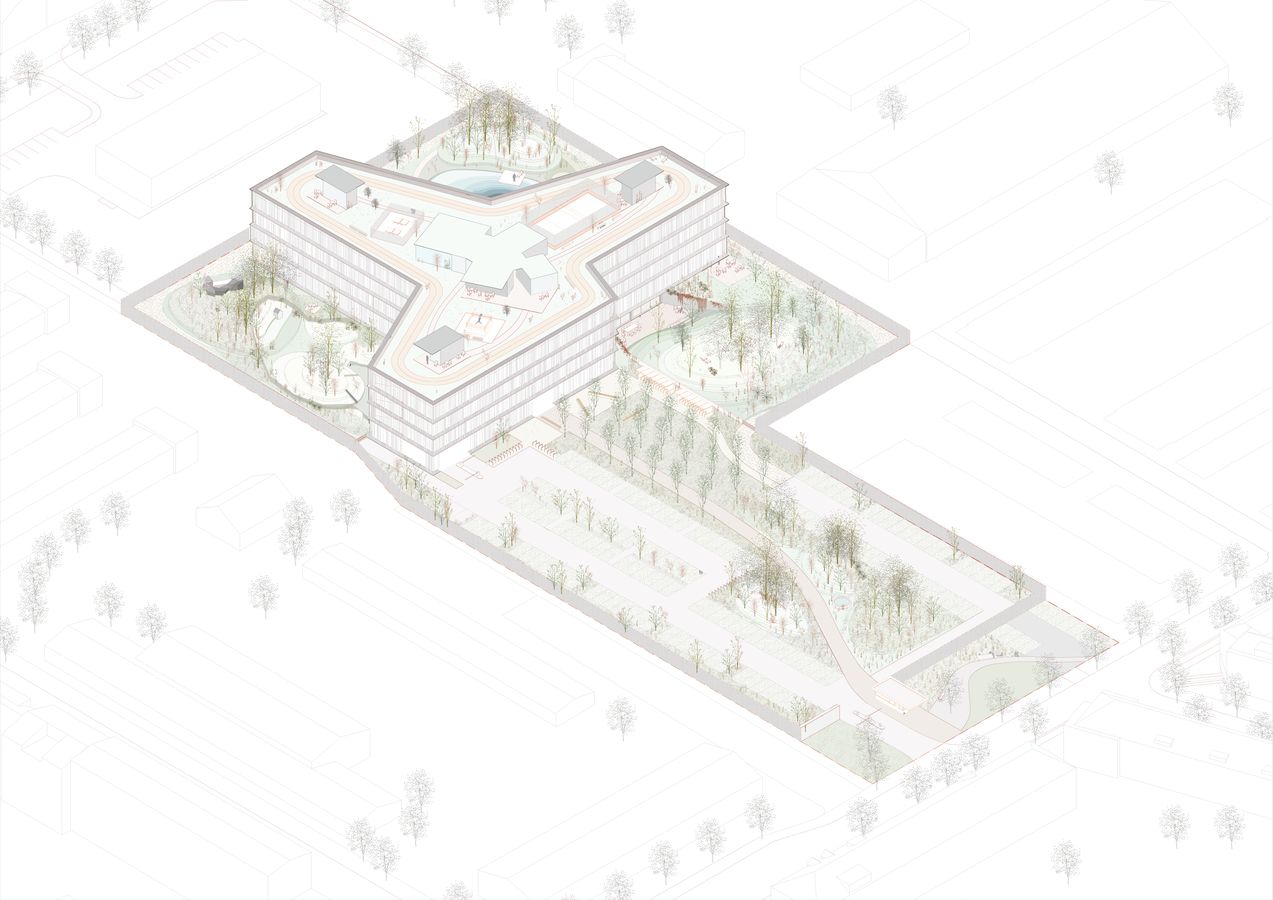 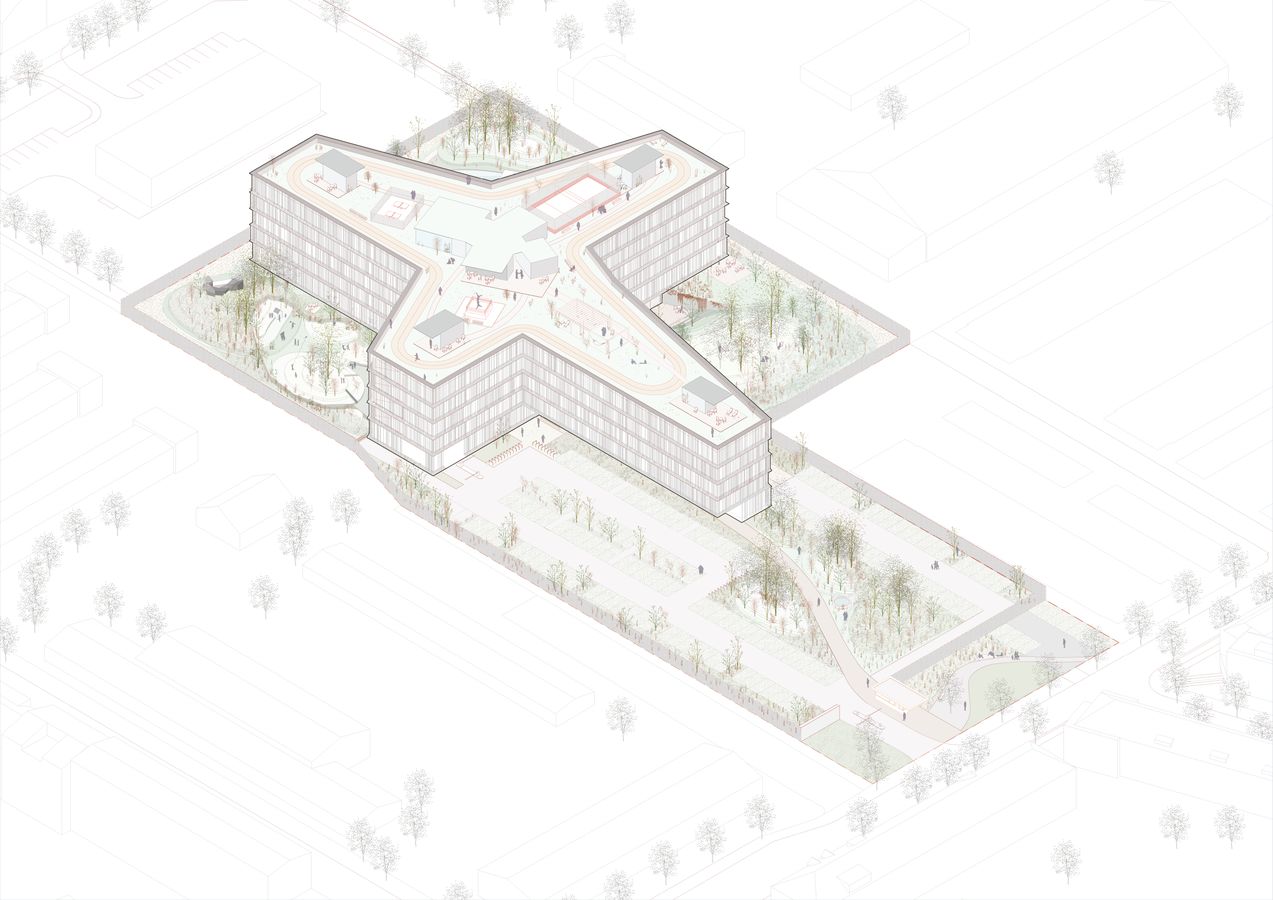 The concept for the NUKIB Campus building is based on the “internet corporation atmosphere”, but manages to maintain the seriousness of the national agency environment at the same time. Extensive landscaping co-creates a representative outdoor environment suitable for such an internationally recognized institution while offering a working environment of the highest quality.

The three individual wings, growing directly from the main core of the building, divide the premises into 4 different “gardens”, each of its own character reflecting the unique operations carried out in each area.

The entrance garden is defined by Mathonova Street and the eastern wing of the building together with a designed agora. The entrance consists of an educational space for the public, the parking area and a temporary park which is adjacent to the agora.

The conference garden is situated in the north-east of the premises. This garden is closely connected with the modular hall and spacious conference room.

A relaxing garden, together with the designed biotope is situated in the north-west of the premises. This garden acts as the main resting area for employees and is closely connected to the adjacent canteen.

The gaming garden is situated in the south-west of the premises. This garden is mainly designed as a children's playground for the nearby kindergarten, and also as a place for bouldering.

The green roof of the whole building acts as a fifth garden overlooking the skyline of Brno. This garden is designed for employee sporting activities.

Such a concept using individual wings enables a healthy environment to be kept on the premises of the building. Each office has its own view of the gardens and a substantial portion of sunlight is guaranteed inside. There are clusters of laboratories, storage rooms, monitoring rooms, server rooms, technical and utility rooms situated in the central tract of the building. Relaxing rooms, kitchenettes, copy points and display boards for each department are situated between those clusters. Altogether, these spaces create a creative hub without the need for a corridor.

The centre of each individual department, complete with meeting rooms, a kitchenette and a loggia, are situated in the rear parts of the wings. Communal spaces and sanitary facilities are situated in the main cores. The façade of the whole building is intended to be as compact and uniform as possible. Horizontal cladding is completed with vertical railing, altogether acting as a shading device, which prevents the building from overheating. This allows for the character of the building to be exhibited whilst, most importantly, hiding what is happening inside.