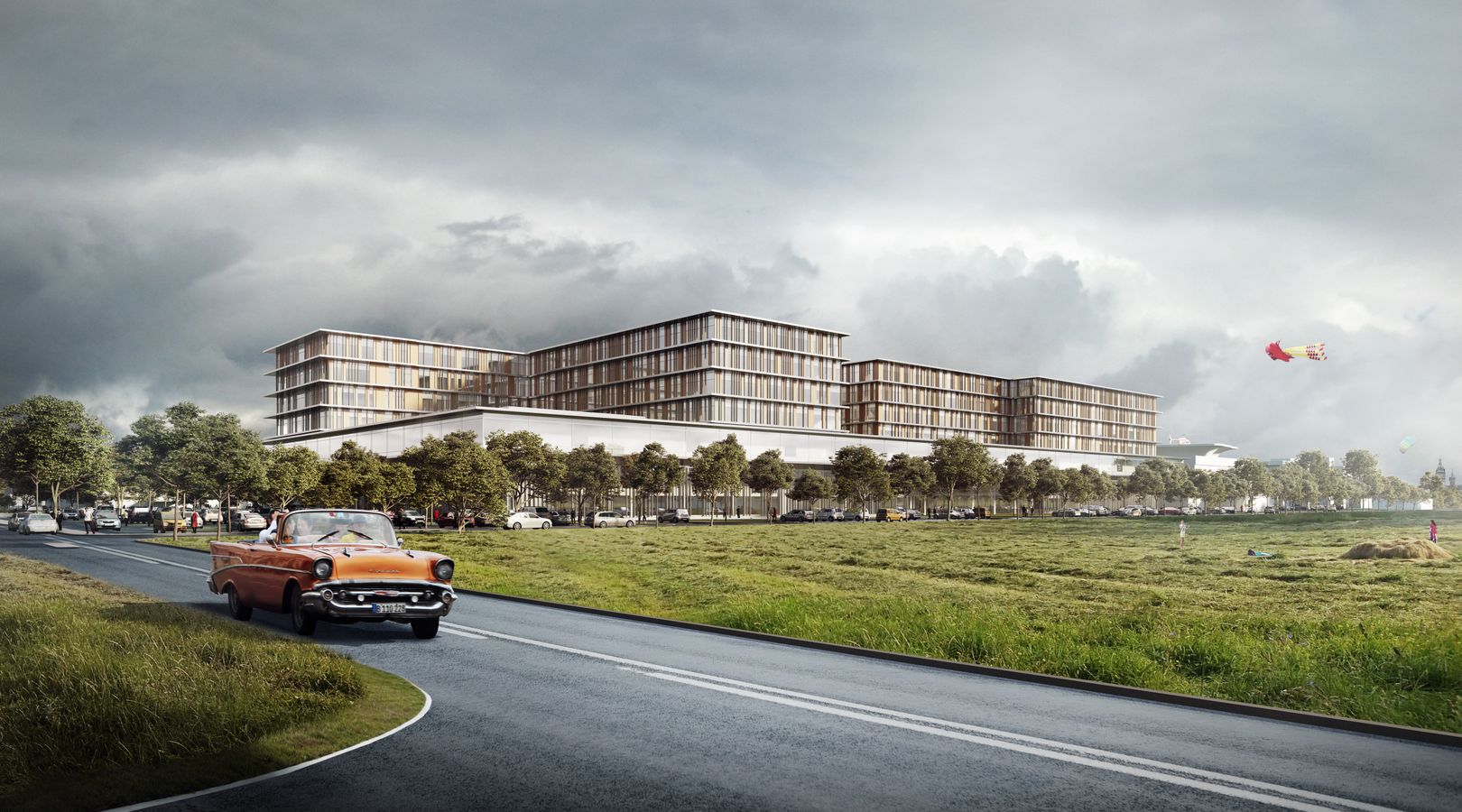 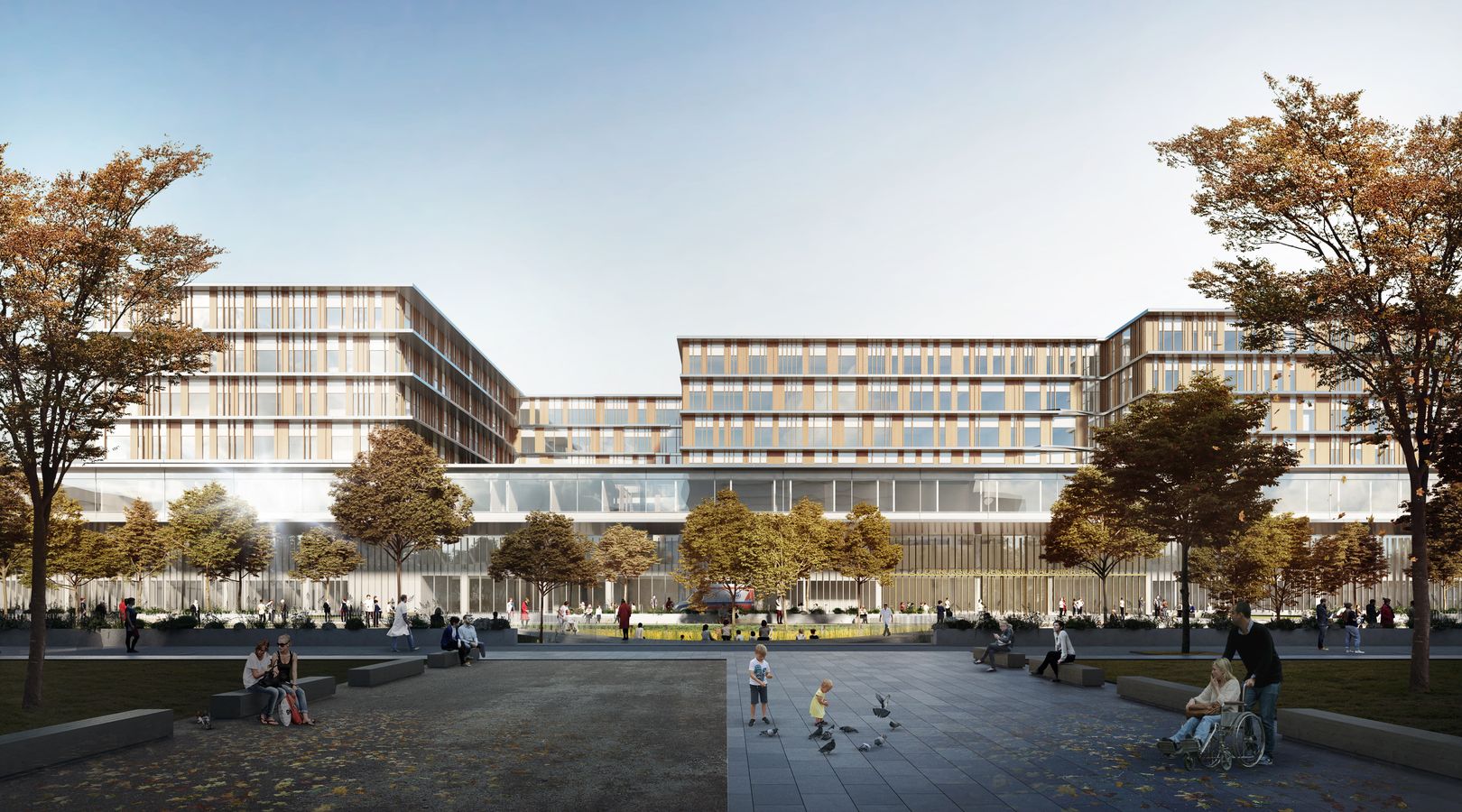 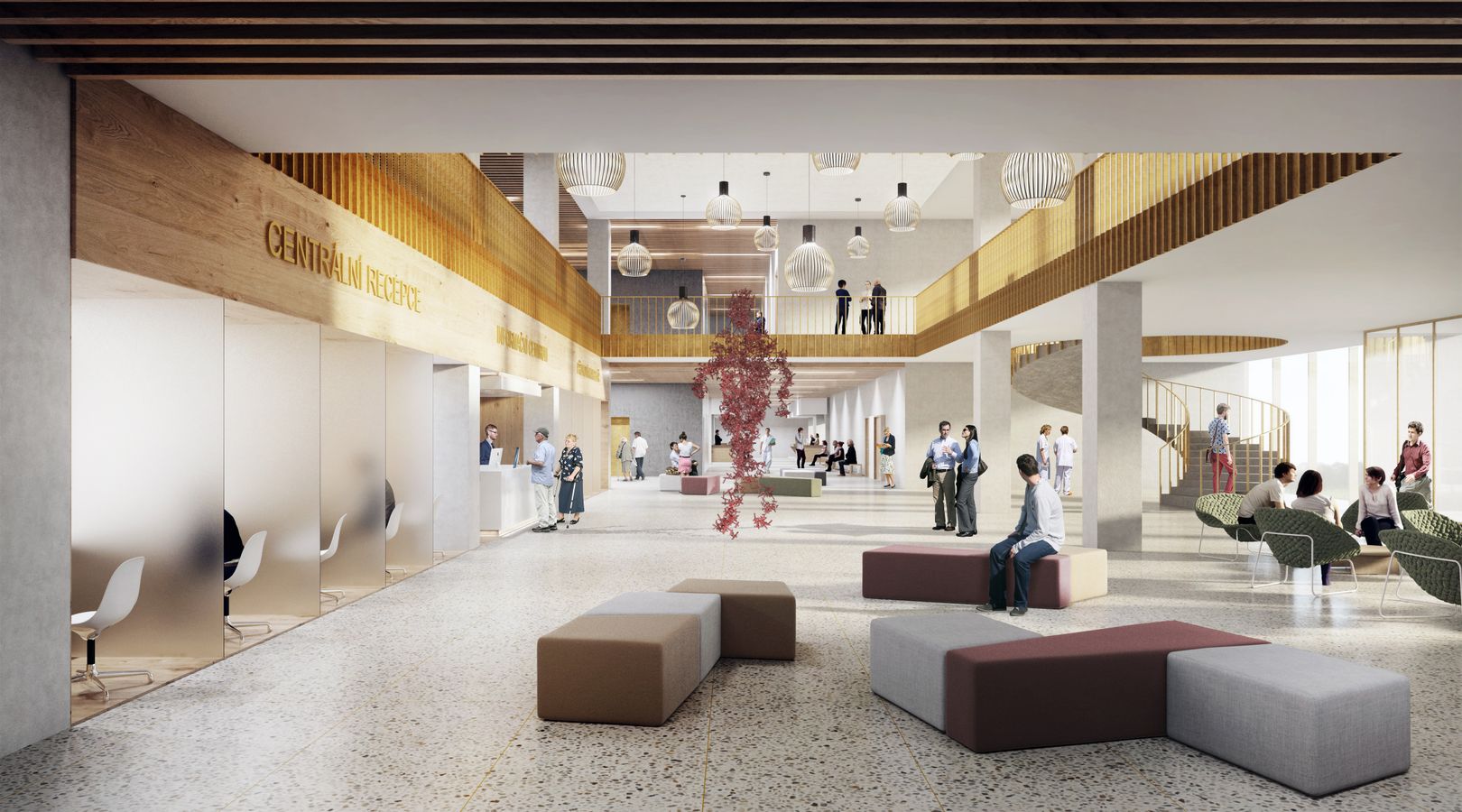 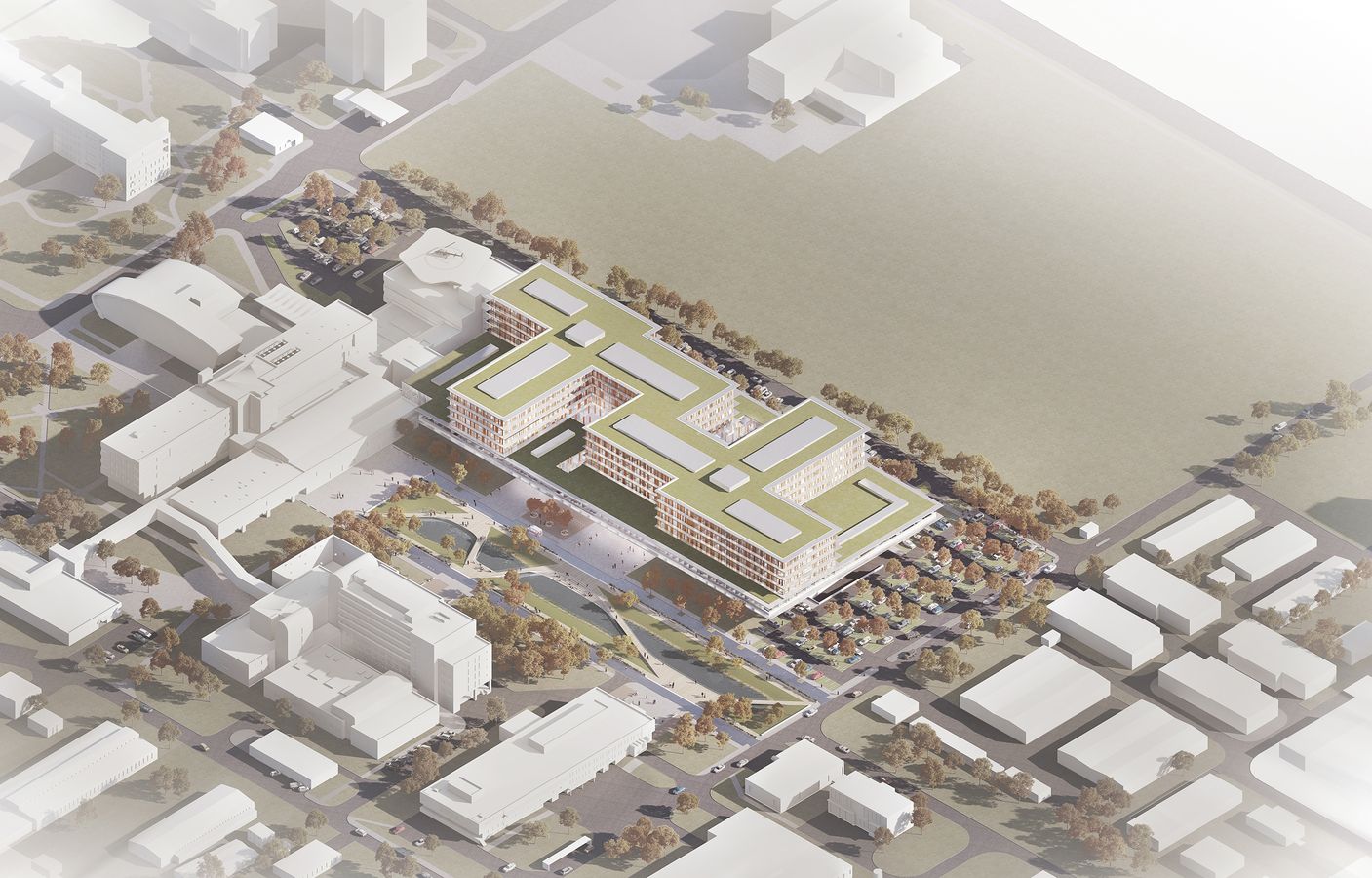 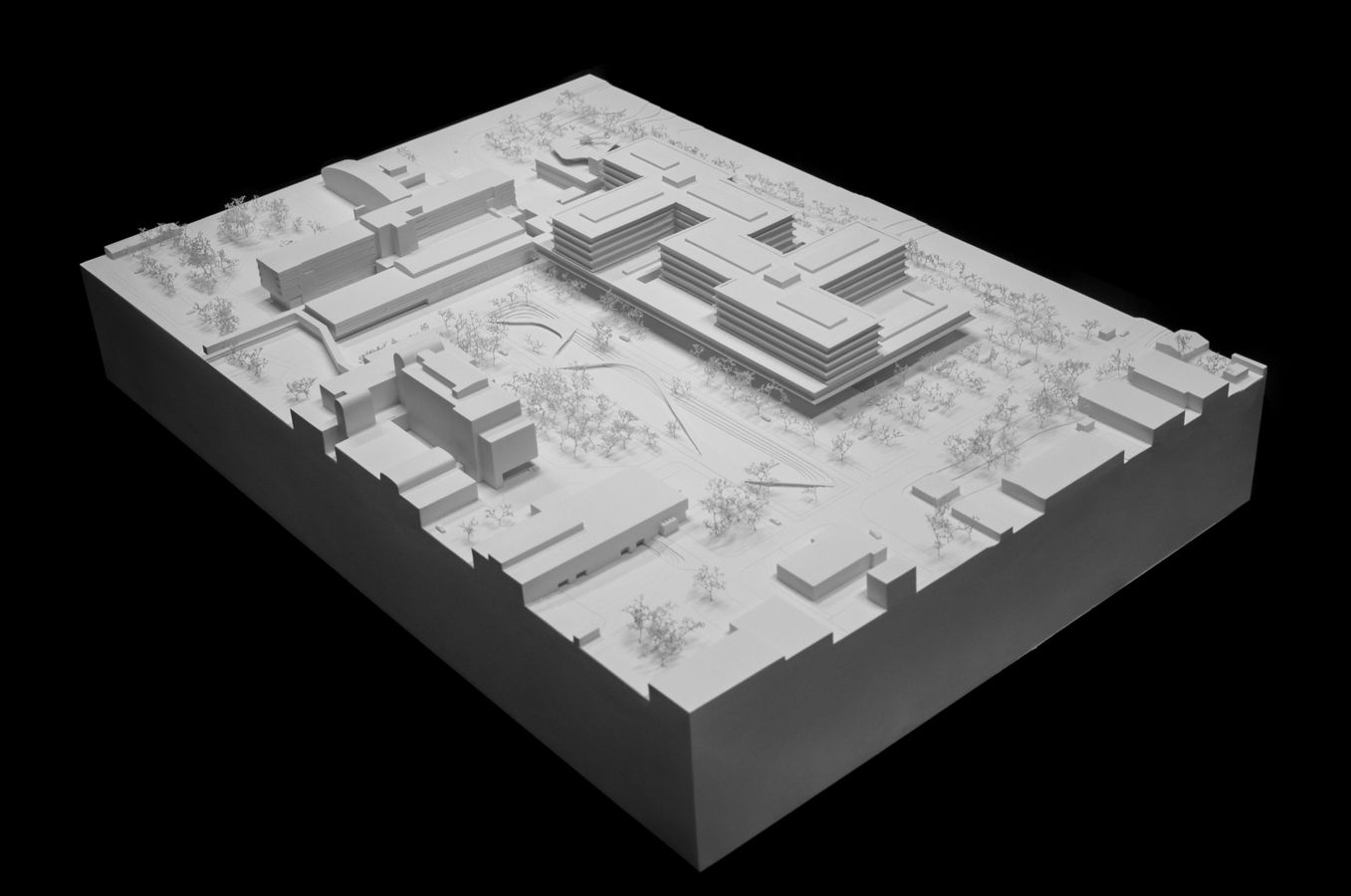 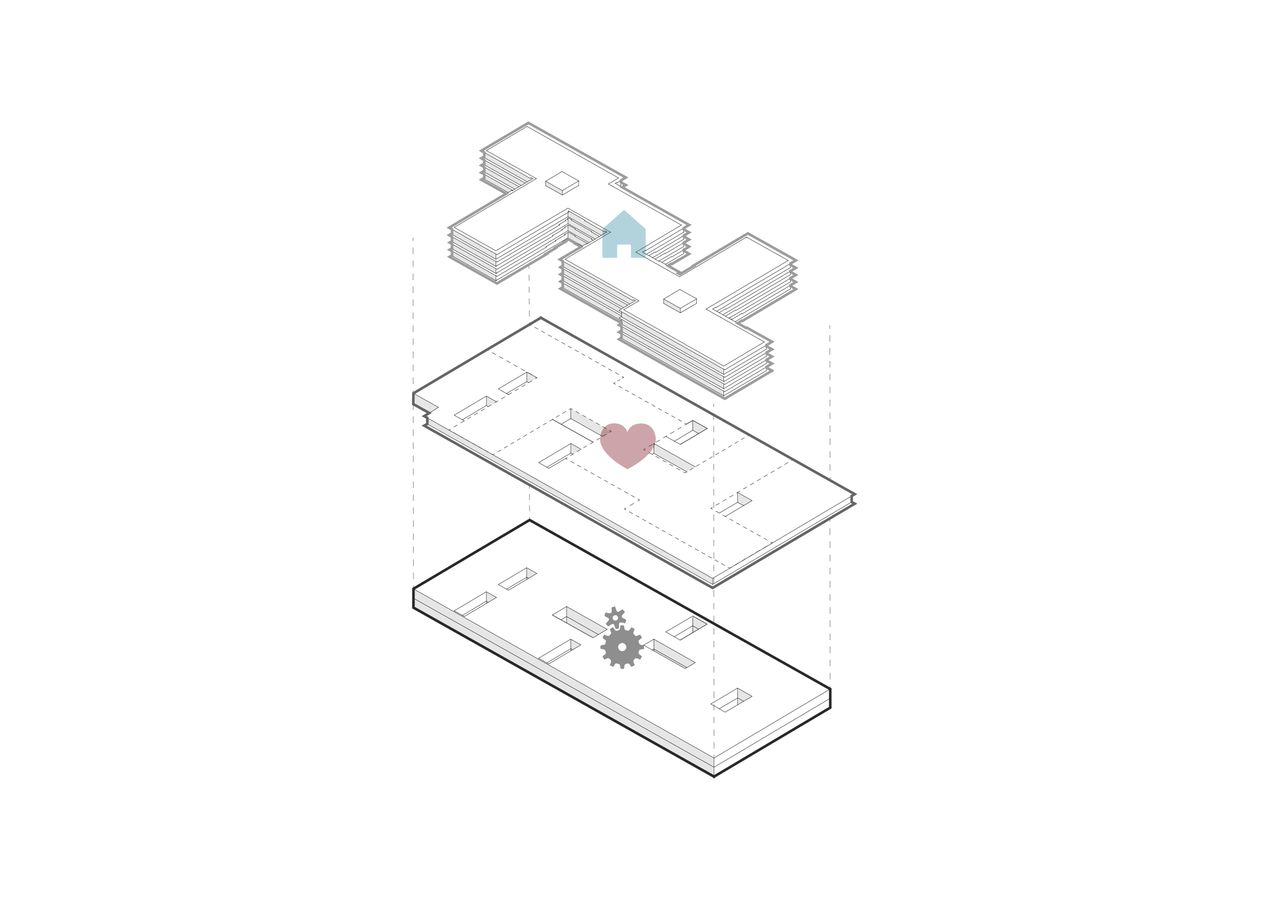 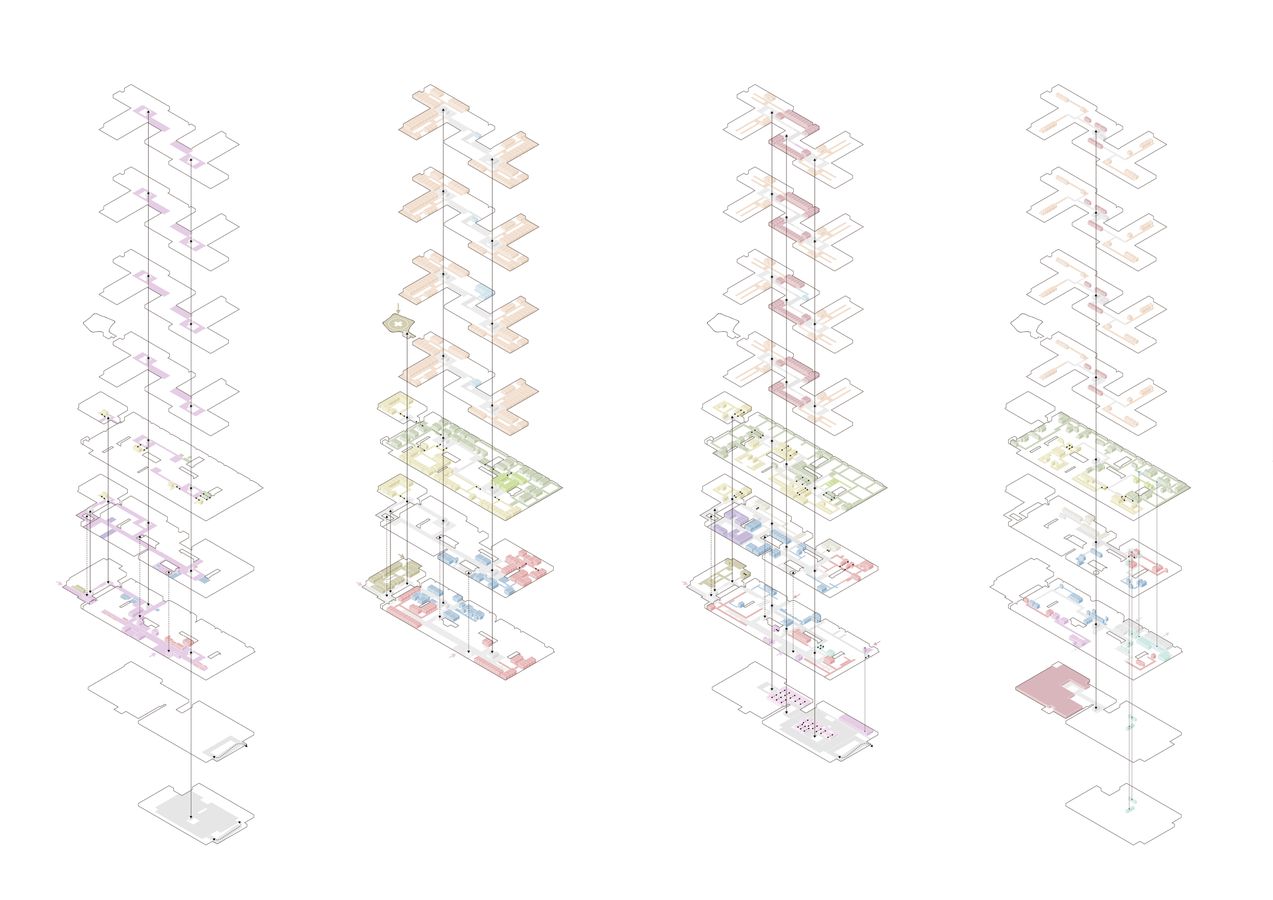 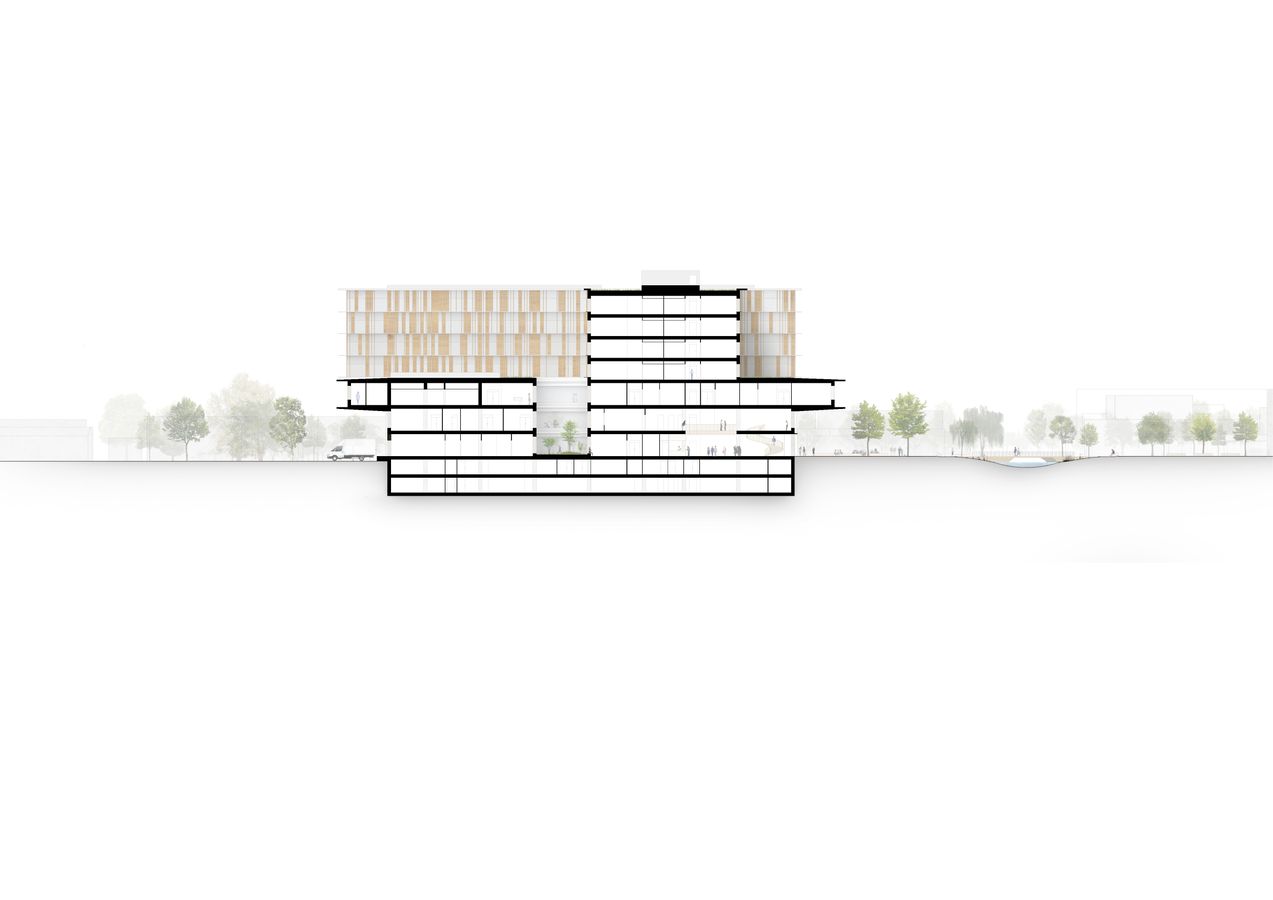 The building of the New Surgical Center (CHC) is located south of the current pavilion of Academic Bedrna. The building is formed by the needs of internal operations which determines horizontal divisions of the building into three parts.

The first two floors act as a machine, in which the public part of the outpatient facility and hidden operating utilities of the building are situated. Fast and high-quality care is provided by the compact form and sophisticated connections between departments. Minimizing the distances between departments saves time. The floor plan is perforated by intimate atriums. The cantilevered third floor, which houses all of the operating rooms, the ICU and the retreat unit's acts as the rightful heart of the building. The cantilever beam symbolically cuts the machine of the building from the floors with inpatient units and acts as a symbol of the surgical pavilion. Long-term convalescence, quietness and intimacy are important for the area around and including inpatient units. It means that the upper floors have a different character. Individual tracts are well-directed into open atriums, park and surrounding landscape.

The CHC is situated in the newly emerged centre of the hospital grounds. The space for the newly proposed square follows The First Republic urbanistic plan which helps the city dominants excel and at the same time develops the axis which is determined by the internal pavilion. The elongated shape of the water surface dominates the area in front of the CHC. A living biotope act as a reminder of the defunct blind rims of the river, which has been looking for its trough in the past, while creating a precondition for the lively park.