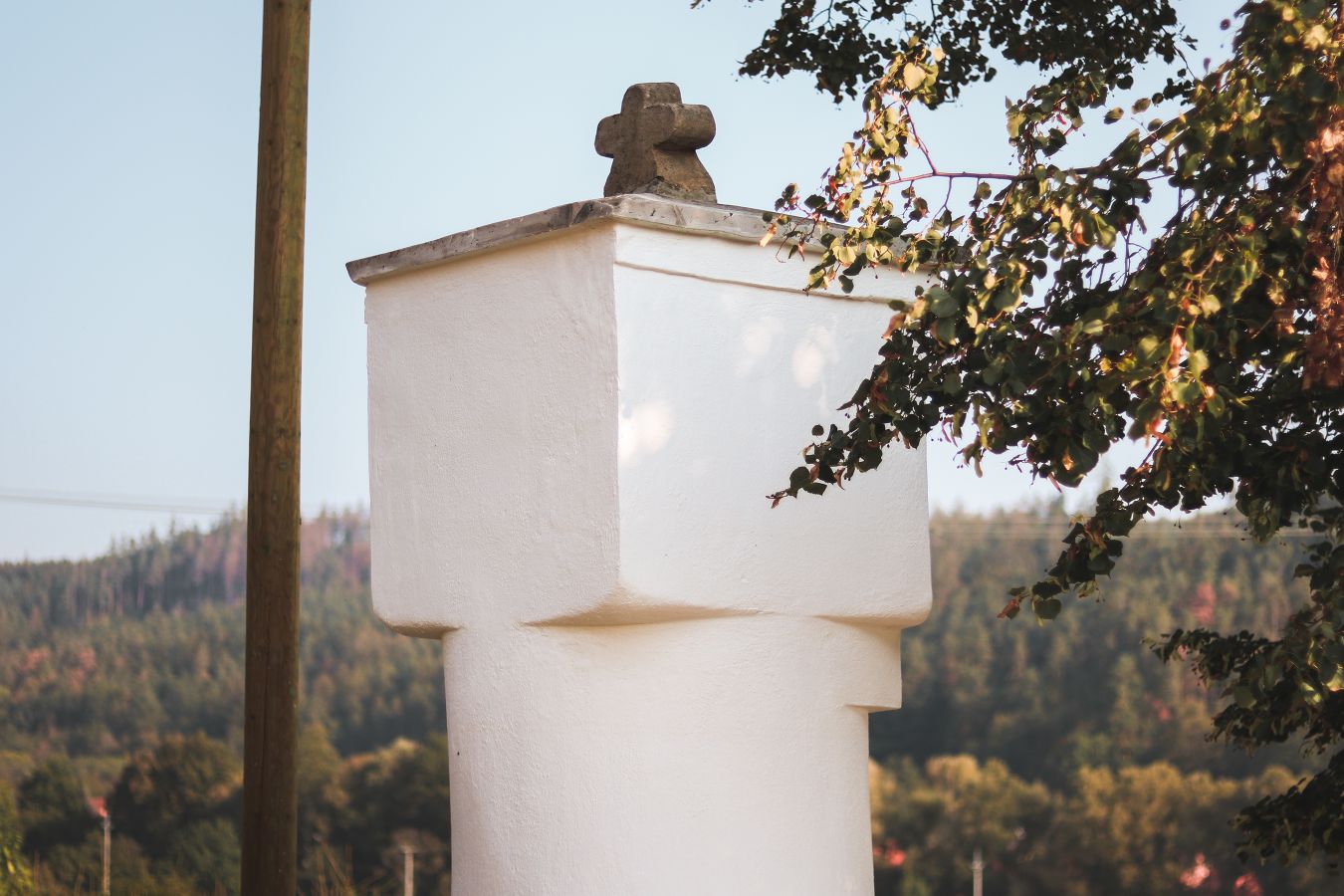 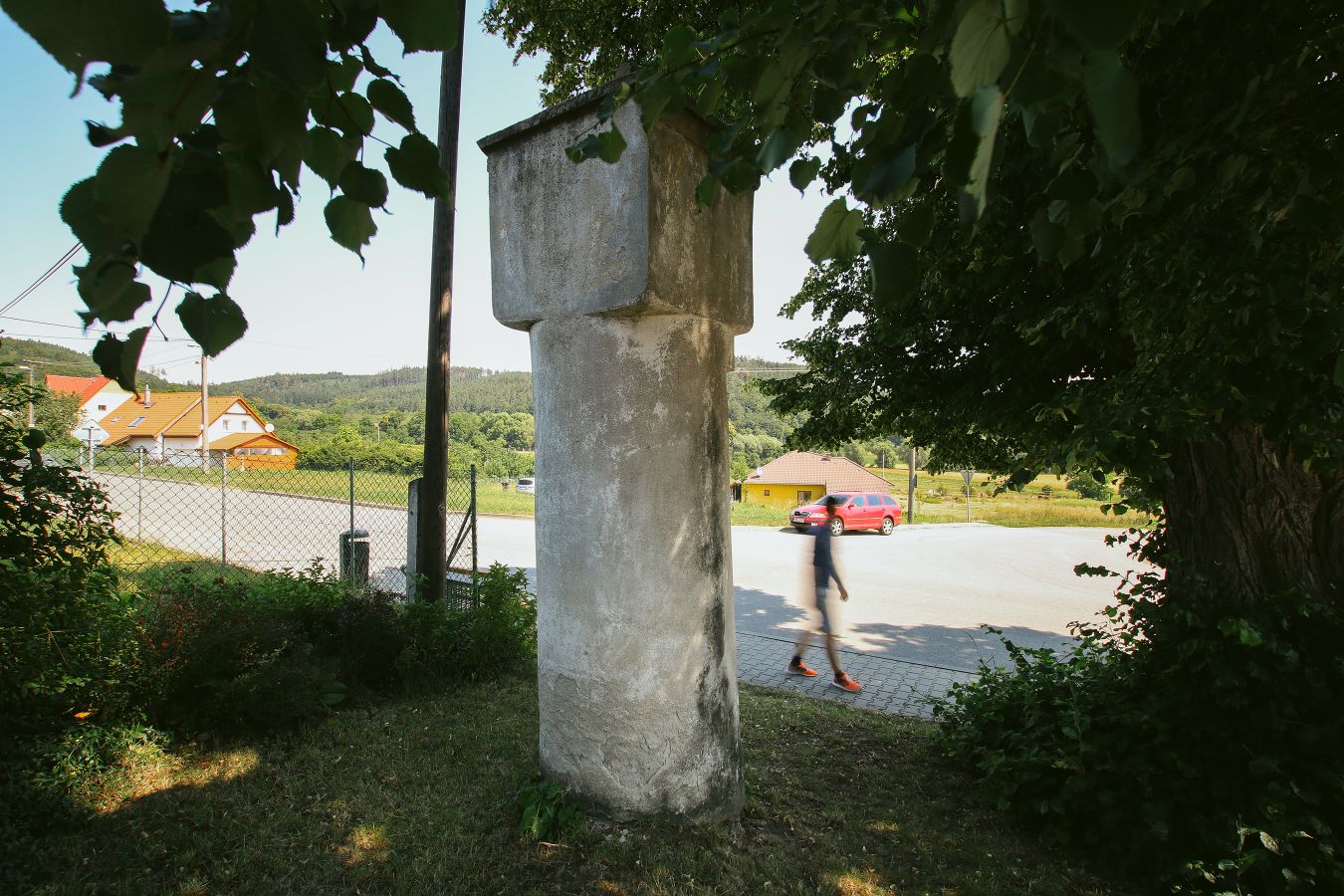 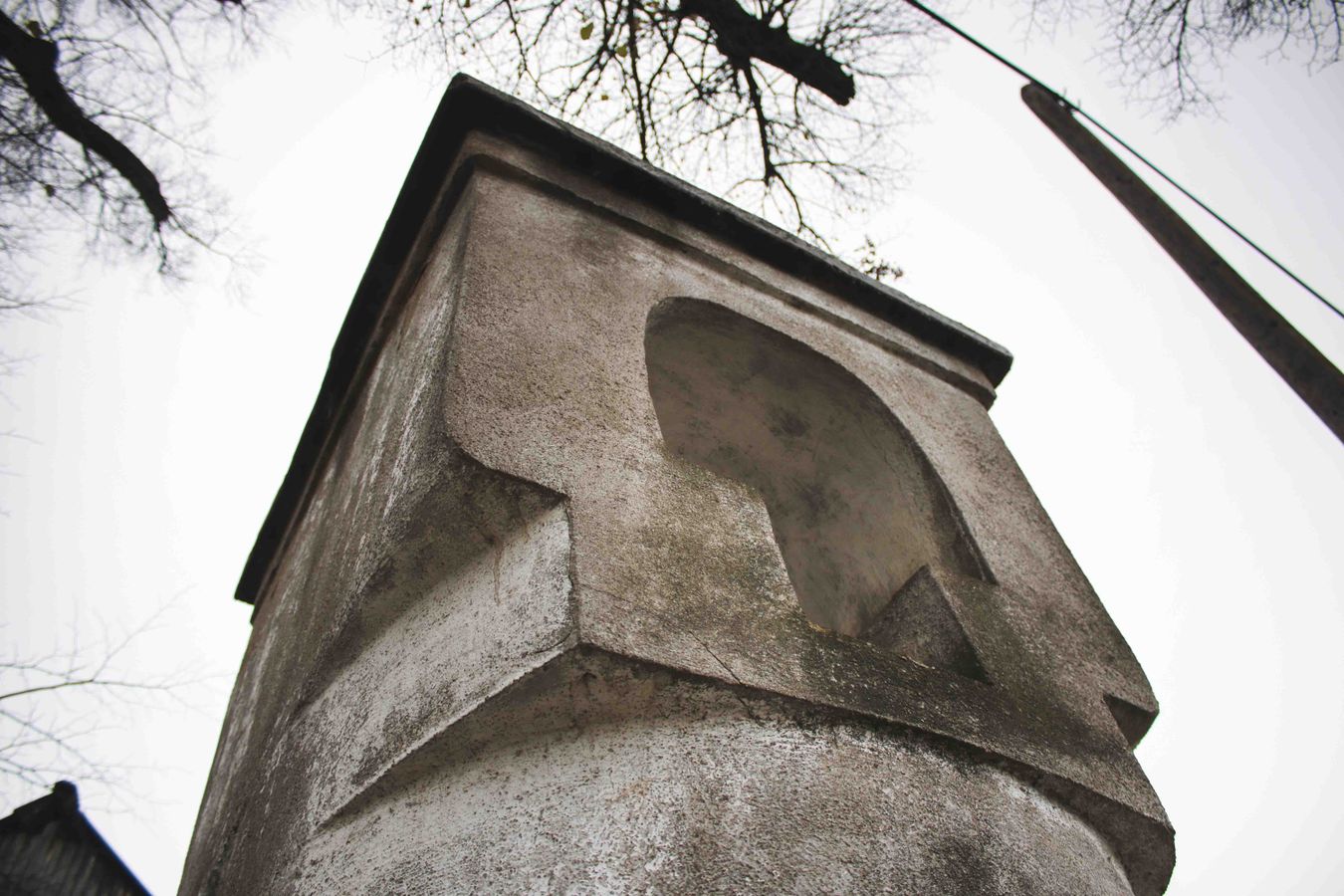 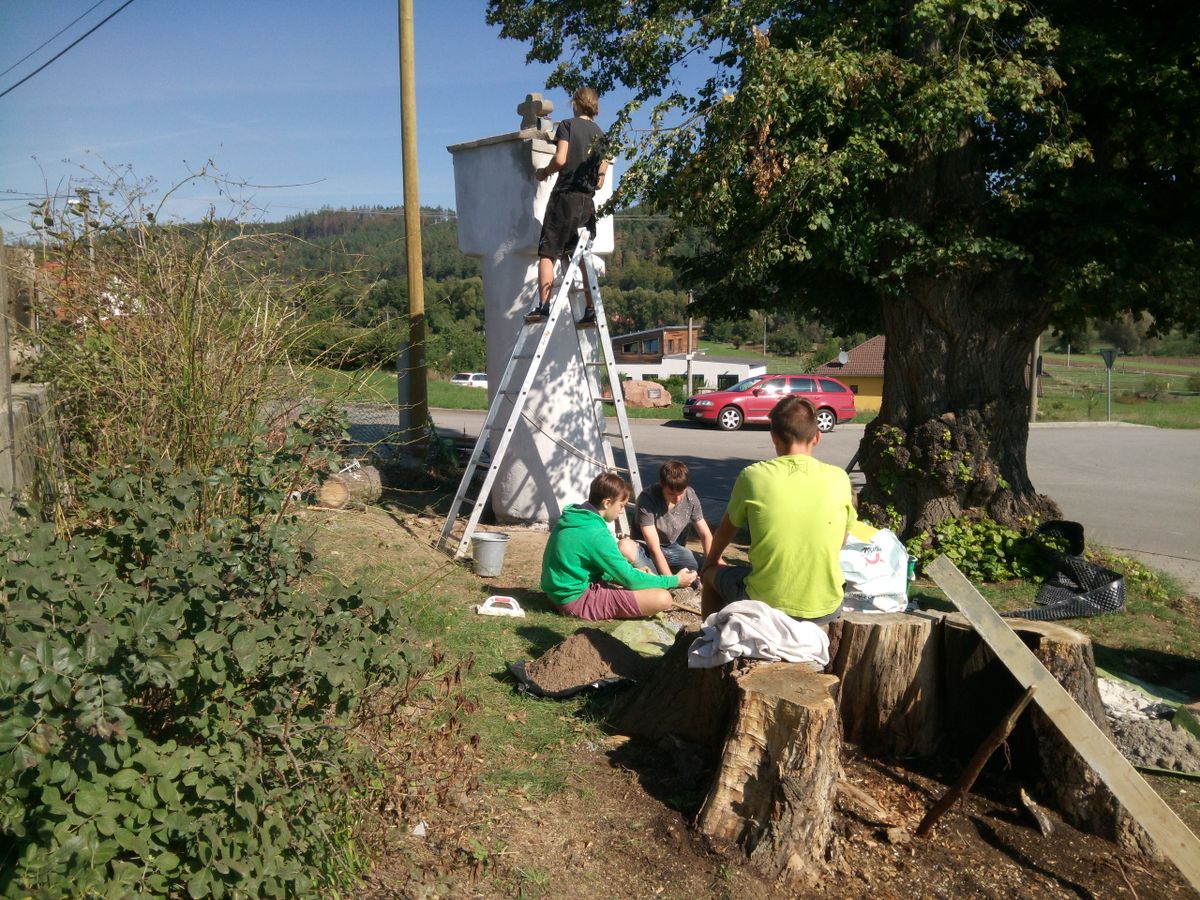 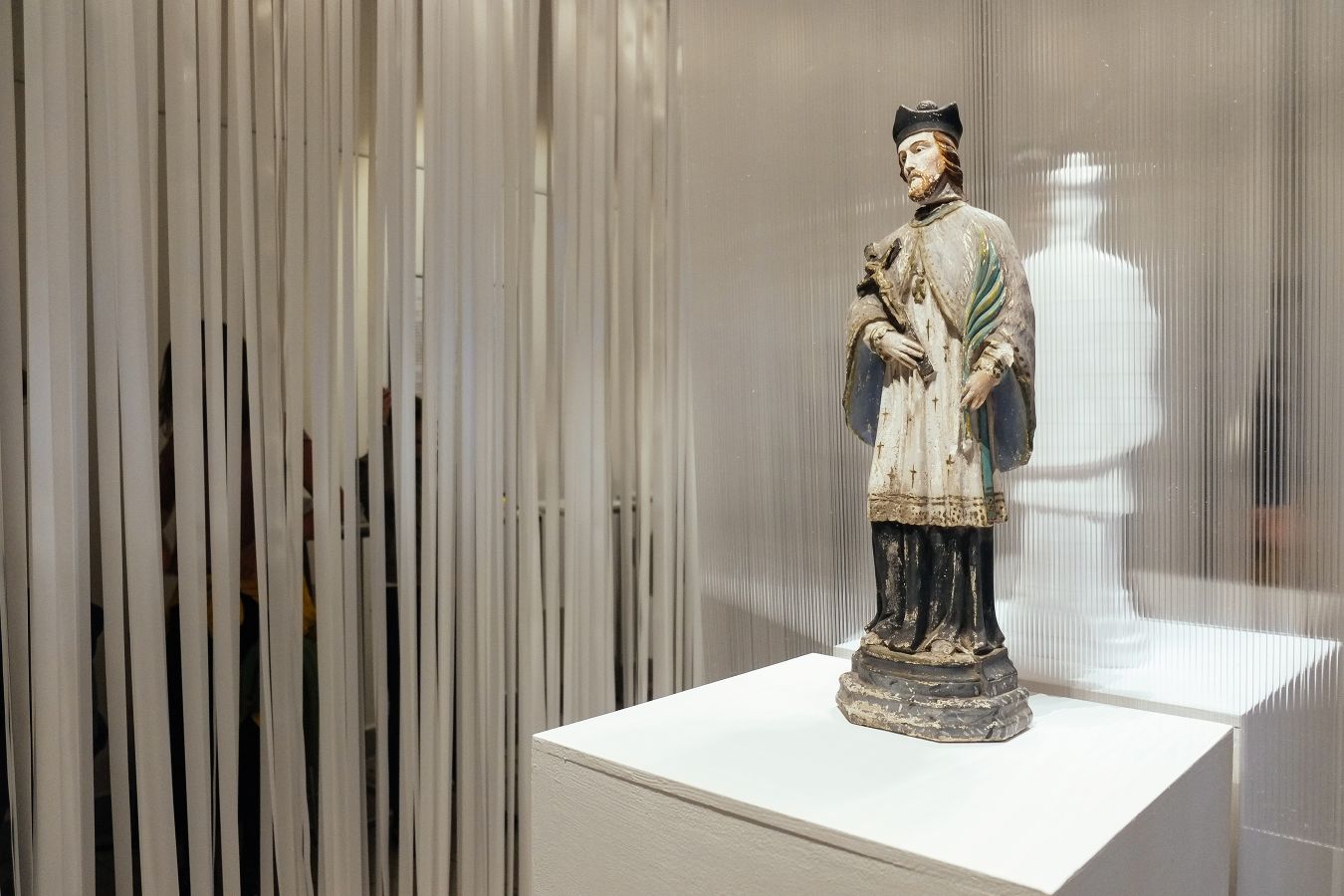 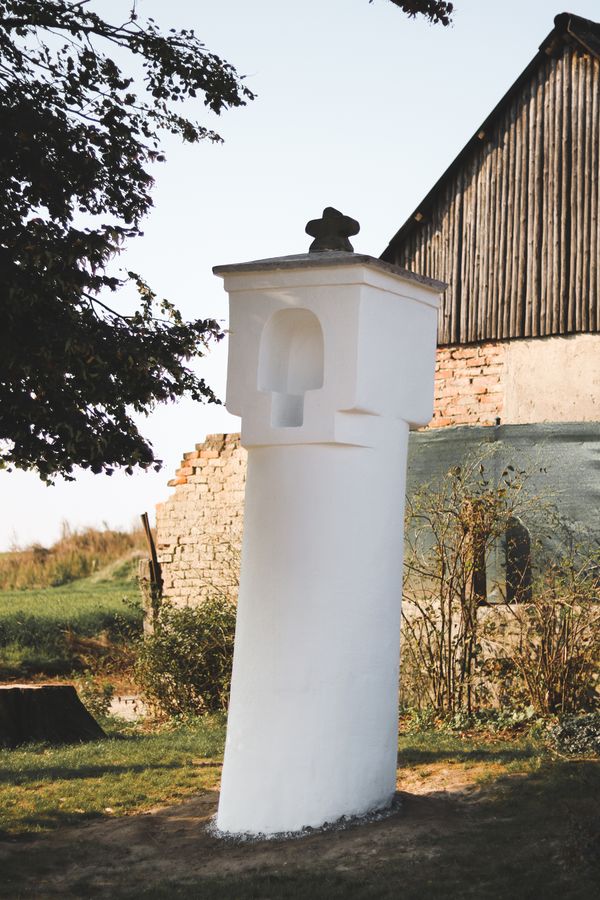 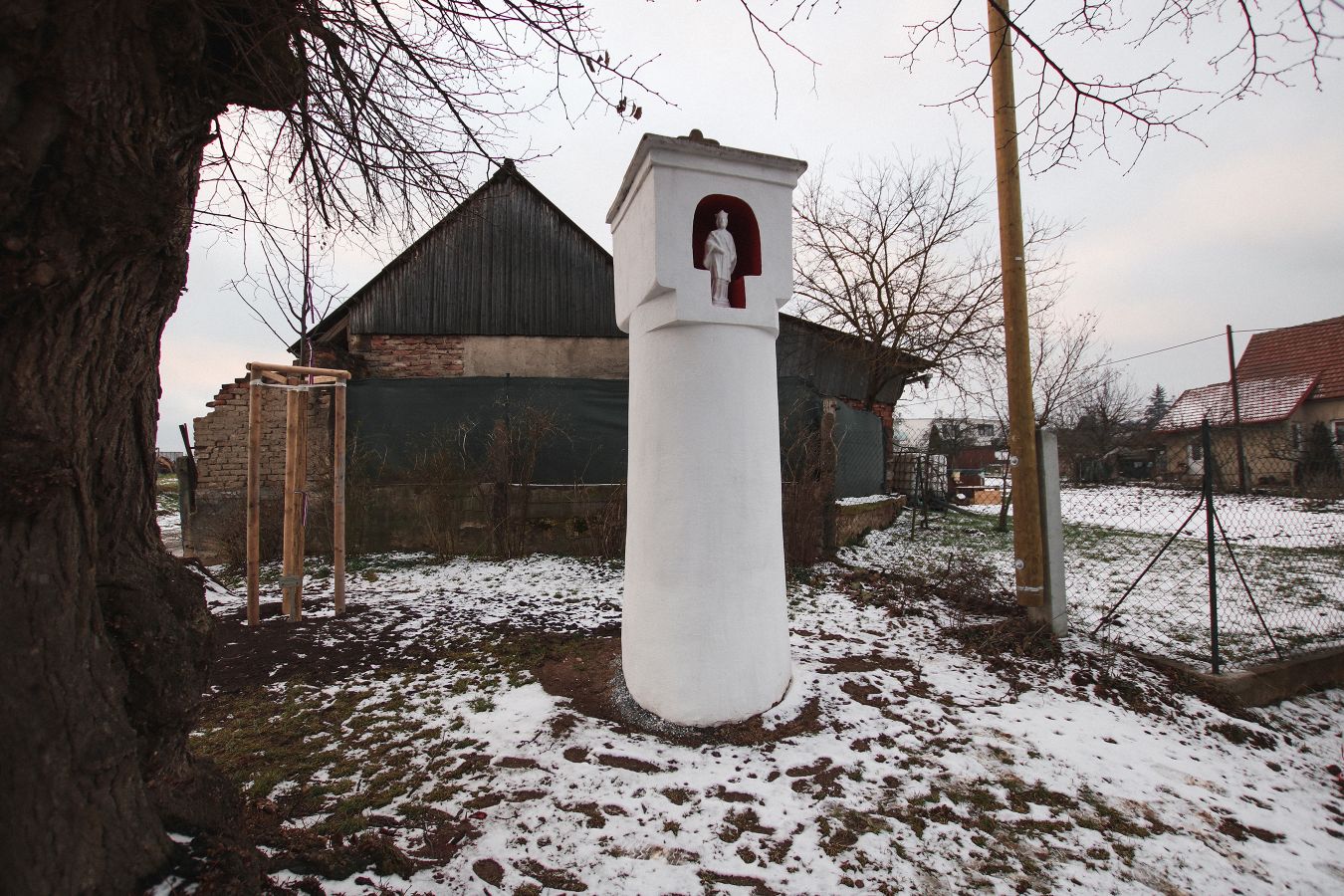 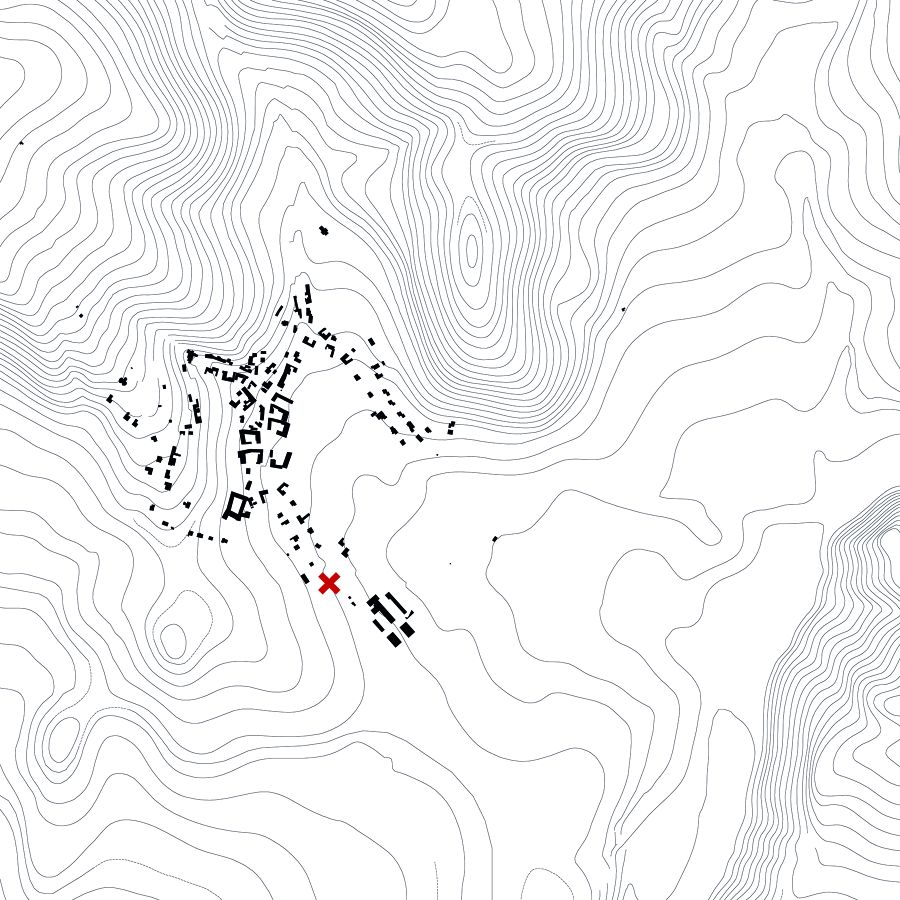 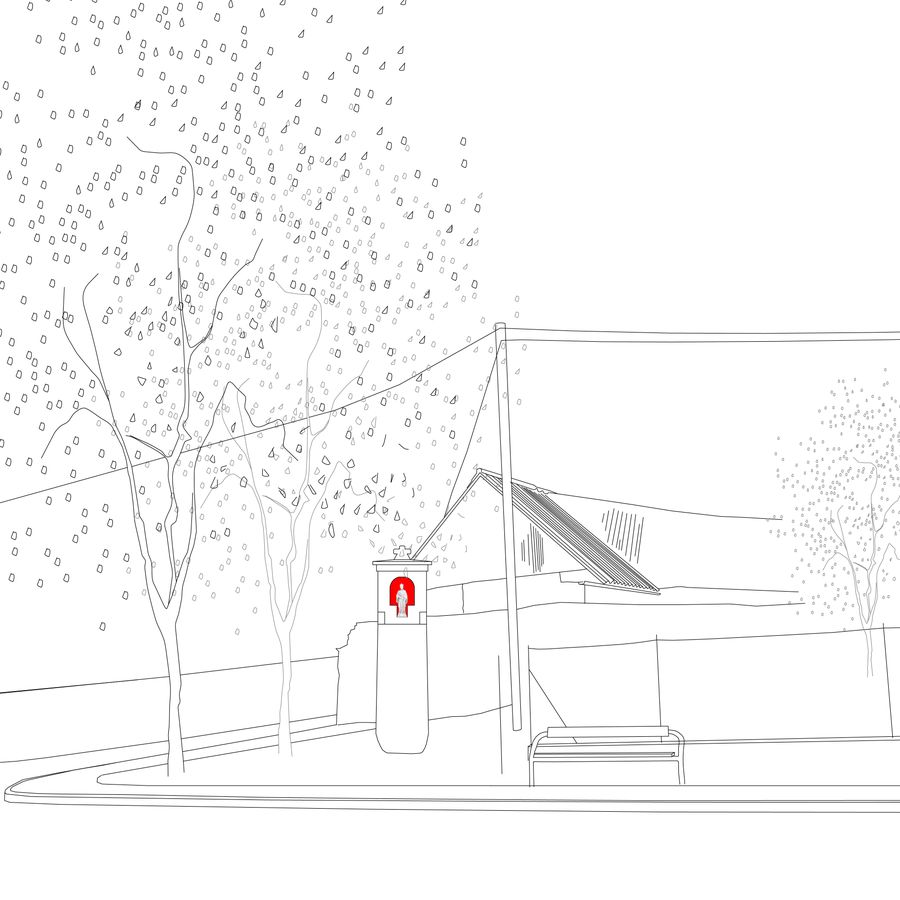 The Restoration of Calvary
Všechovice

One of the important topics of the smallest project of M2AU studio was the renewal of the relationship with a landscape, whilst finding a way to update it. The local landscape has changed its character because of the effects of collectivisation. Local small-sized fields which for centuries belonged to certain families, were rapidly merged together, forming lesser amounts of vast areas owned by everyone and nobody at the same time. This process also affected minor structures which were placed all over the landscape, and that was also the case of the wayside shrine with an empty niche in Všechovice. The architects from M2AU studio, in collaboration with local Scout group Medvědi, decided to make the process of restoration come true. With the help of a local mason master, they repaired the physical weak spots of the structure, put on a new layer of lime plaster and placed the statue of St. John of Nepomuk, which was previously 3D printed, in the calvary niche.