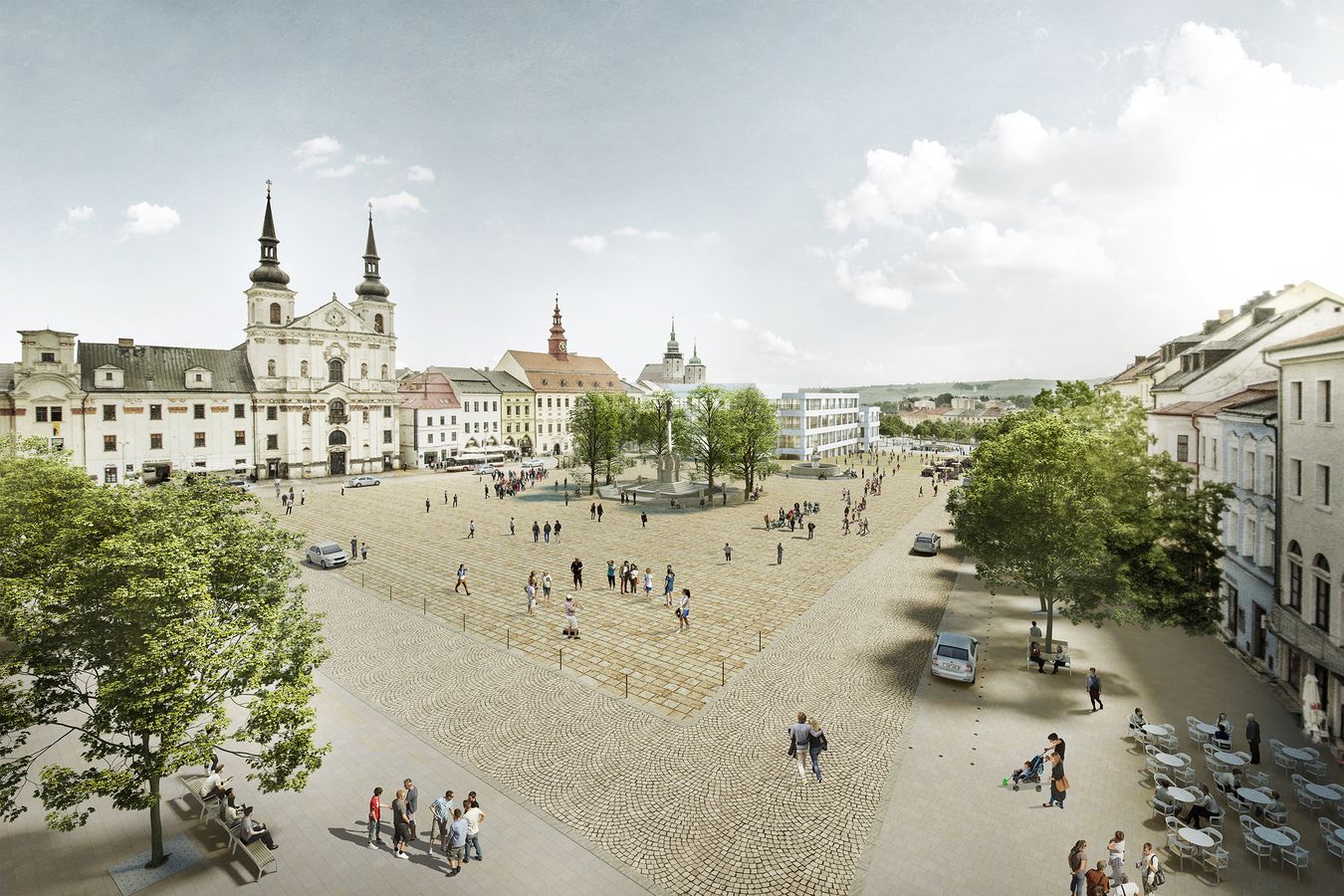 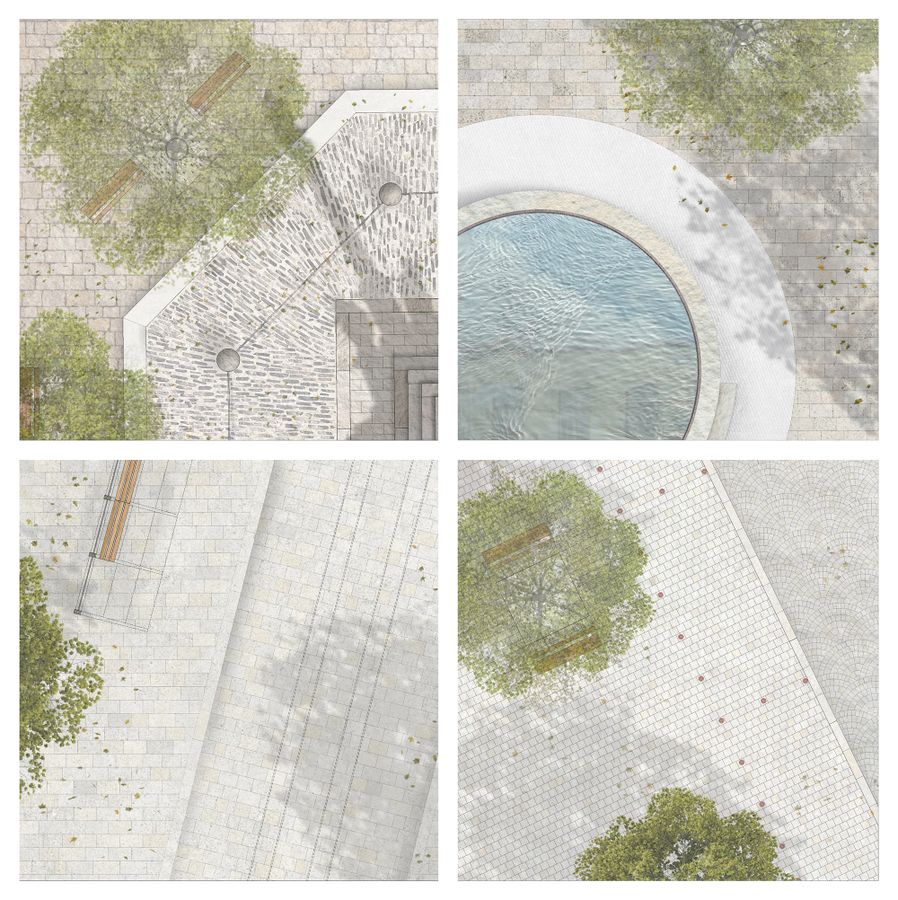 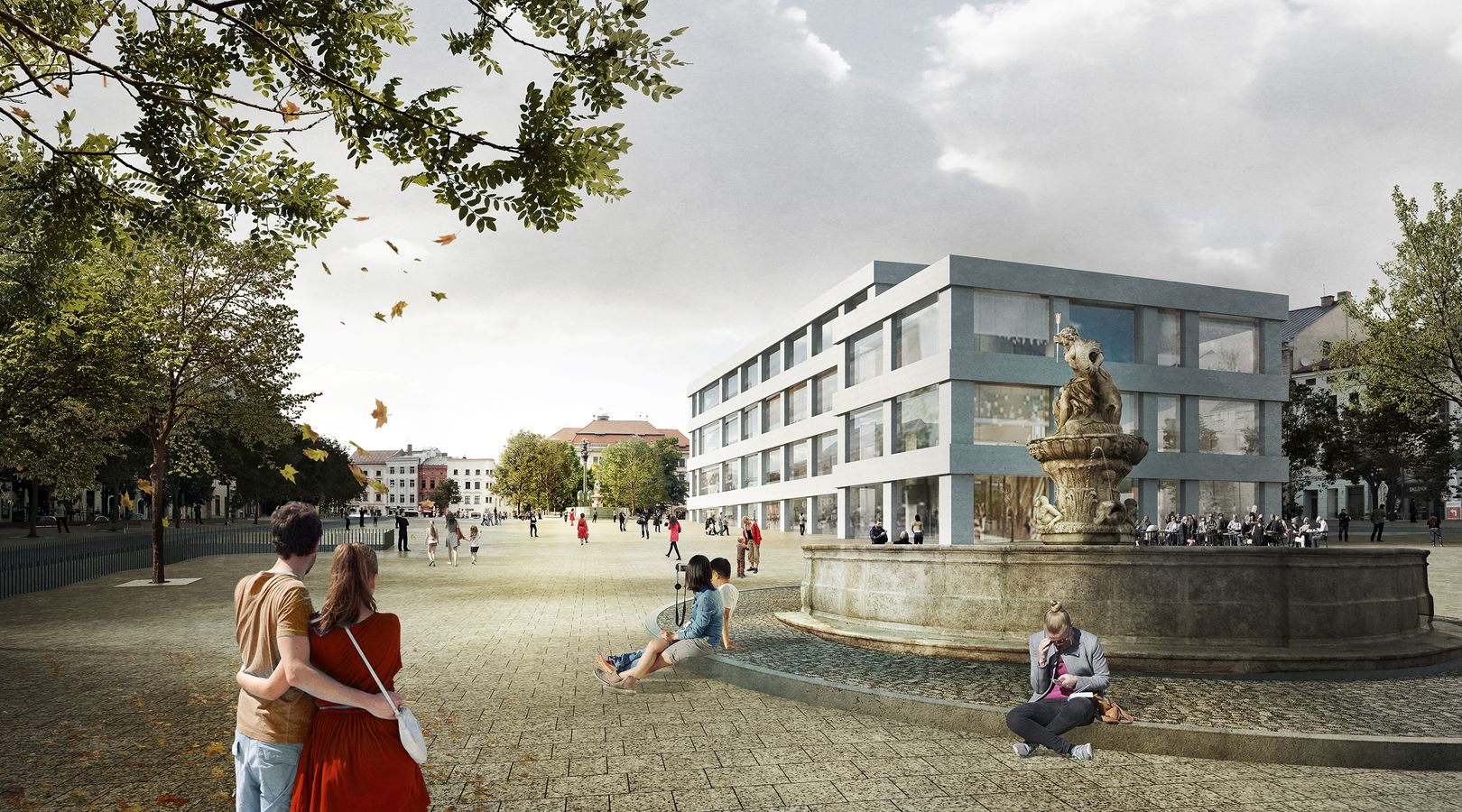 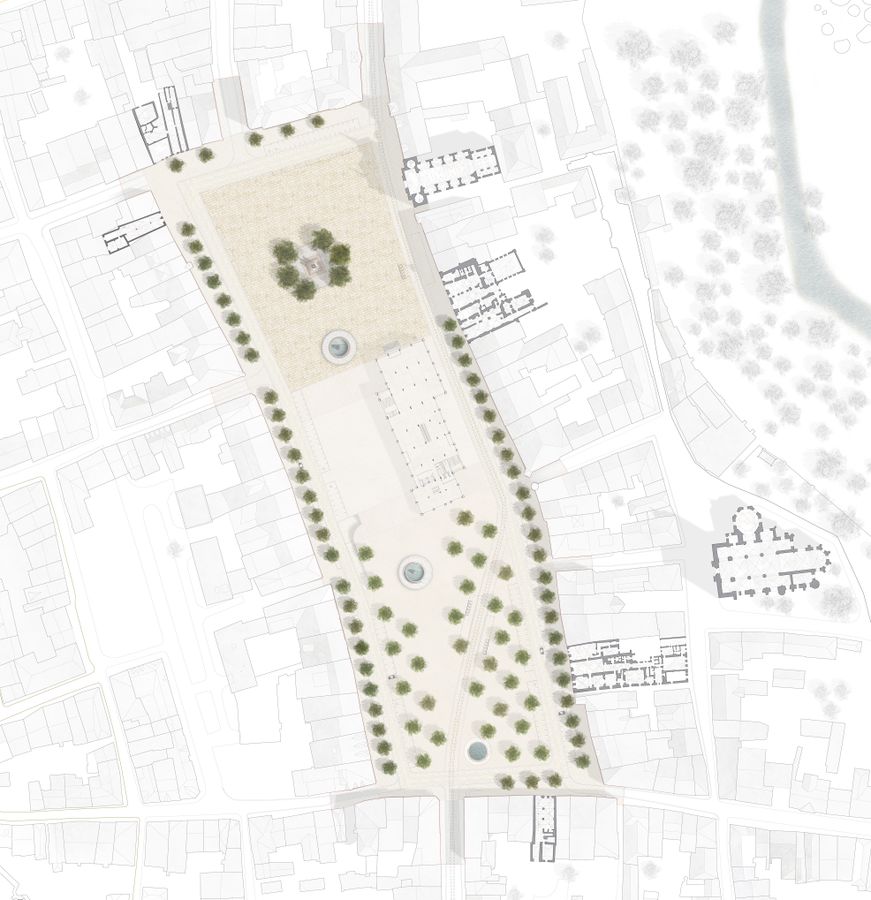 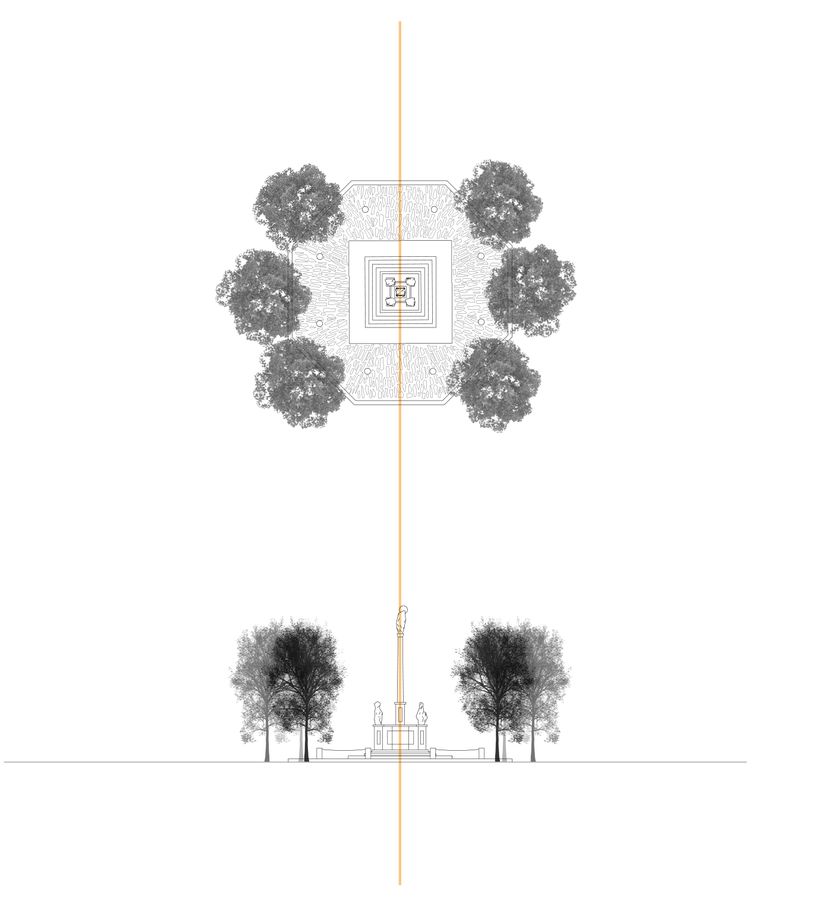 Masaryk square in Jihlava forms the real centre of the town. We respect and support the overall compositional scheme of the square while being focused on its three different characters. Firstly, a plateau together with a viewpoint terrace overlooking the landscape defines the character of the upper part. The second character is defined by an “exchange area” and the area outside the marketplace located right next to the department store. The third character is formed by an area of relaxation located in the lower part of the square. The character of our proposed modifications for the department store is based on the building’s potential and location in the city centre. The designed adaptation of the square does not relate to the modifications proposed for the department store.