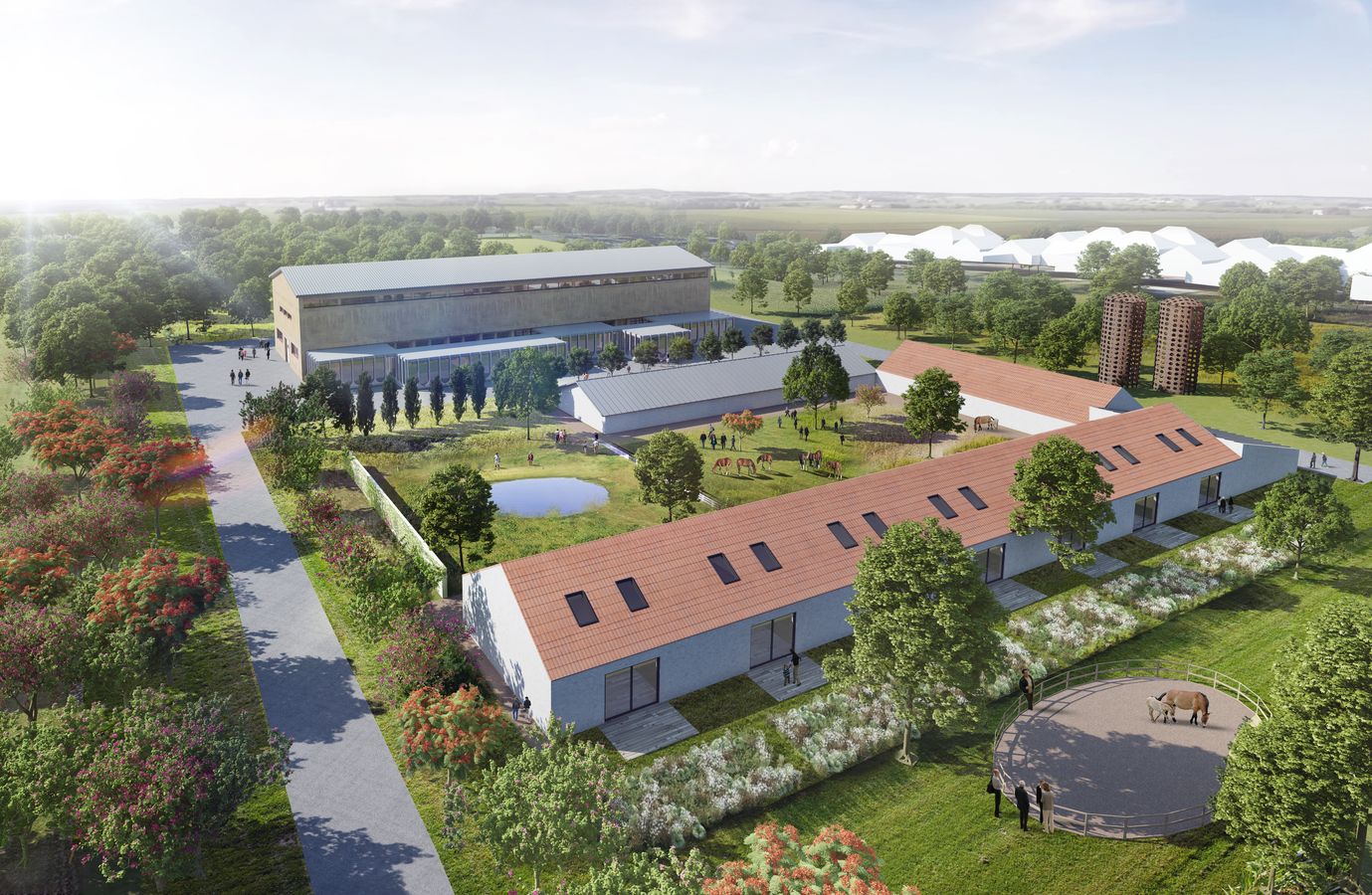 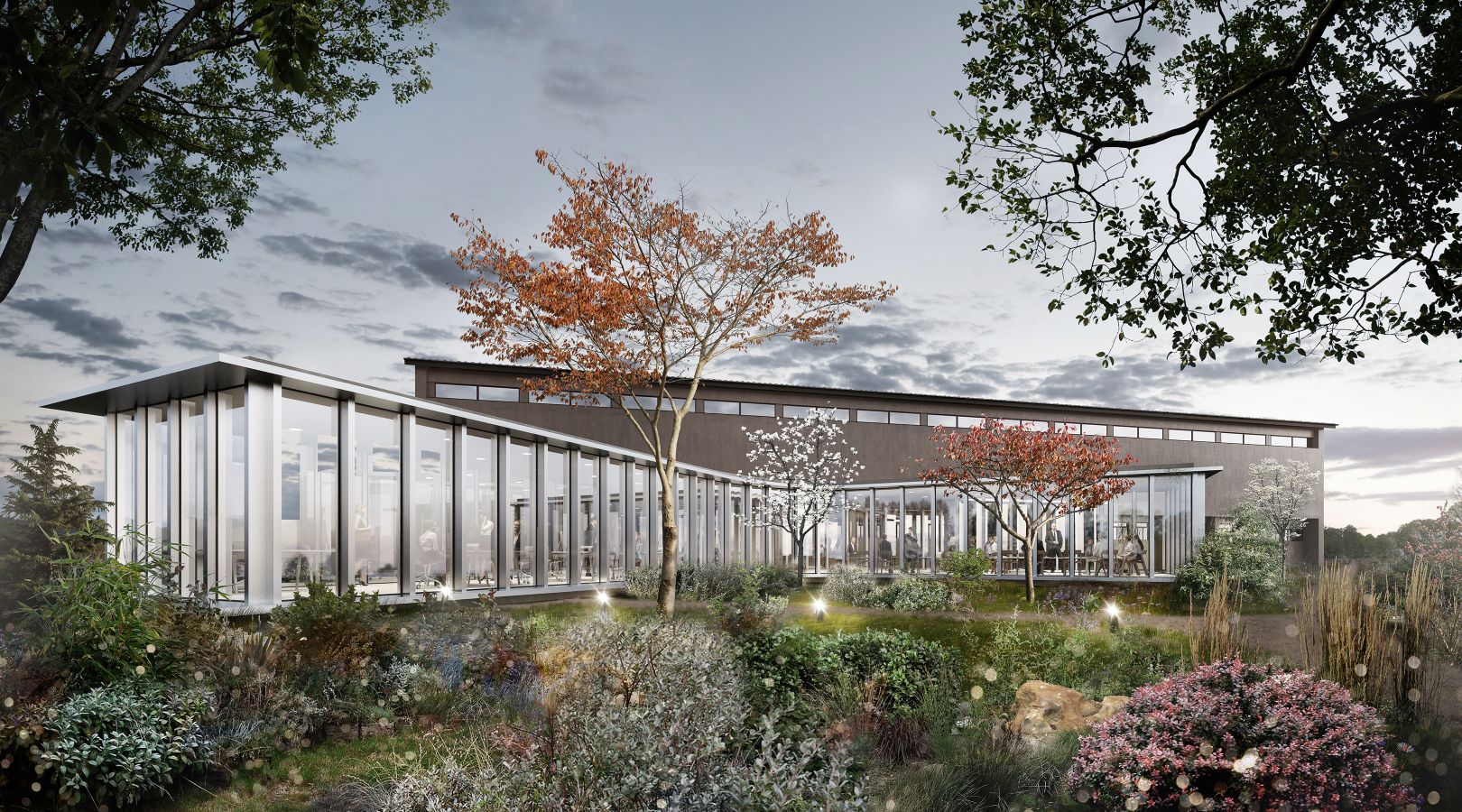 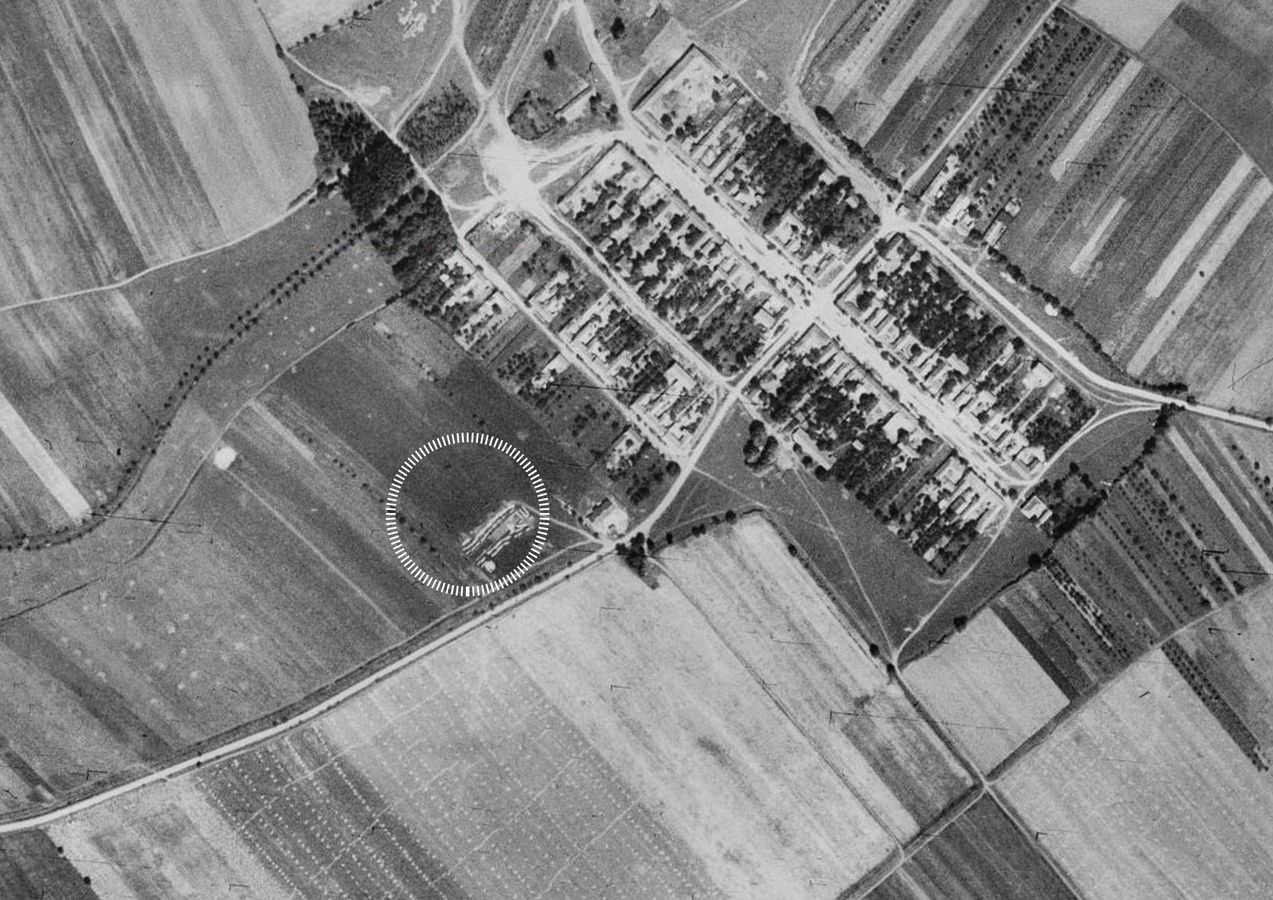 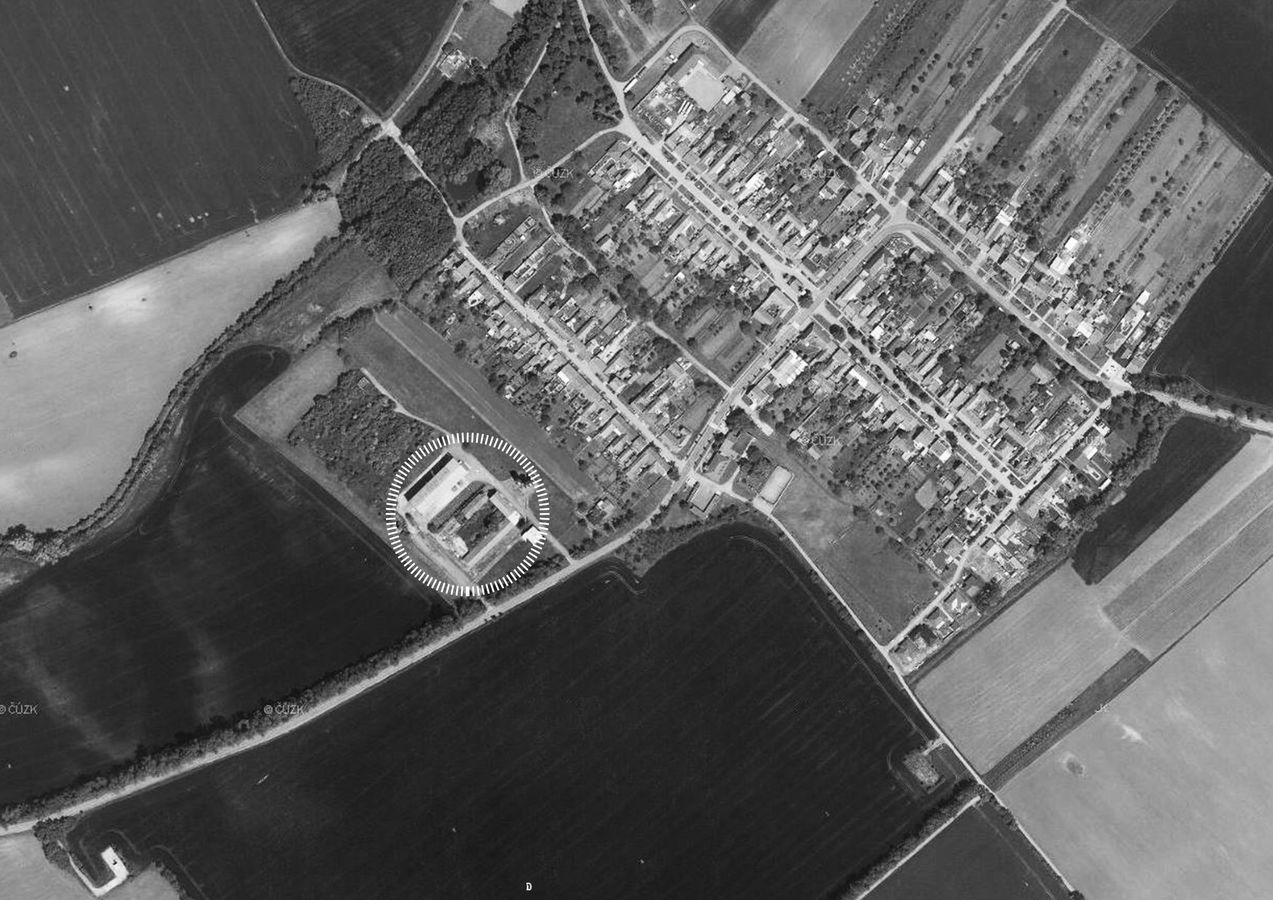 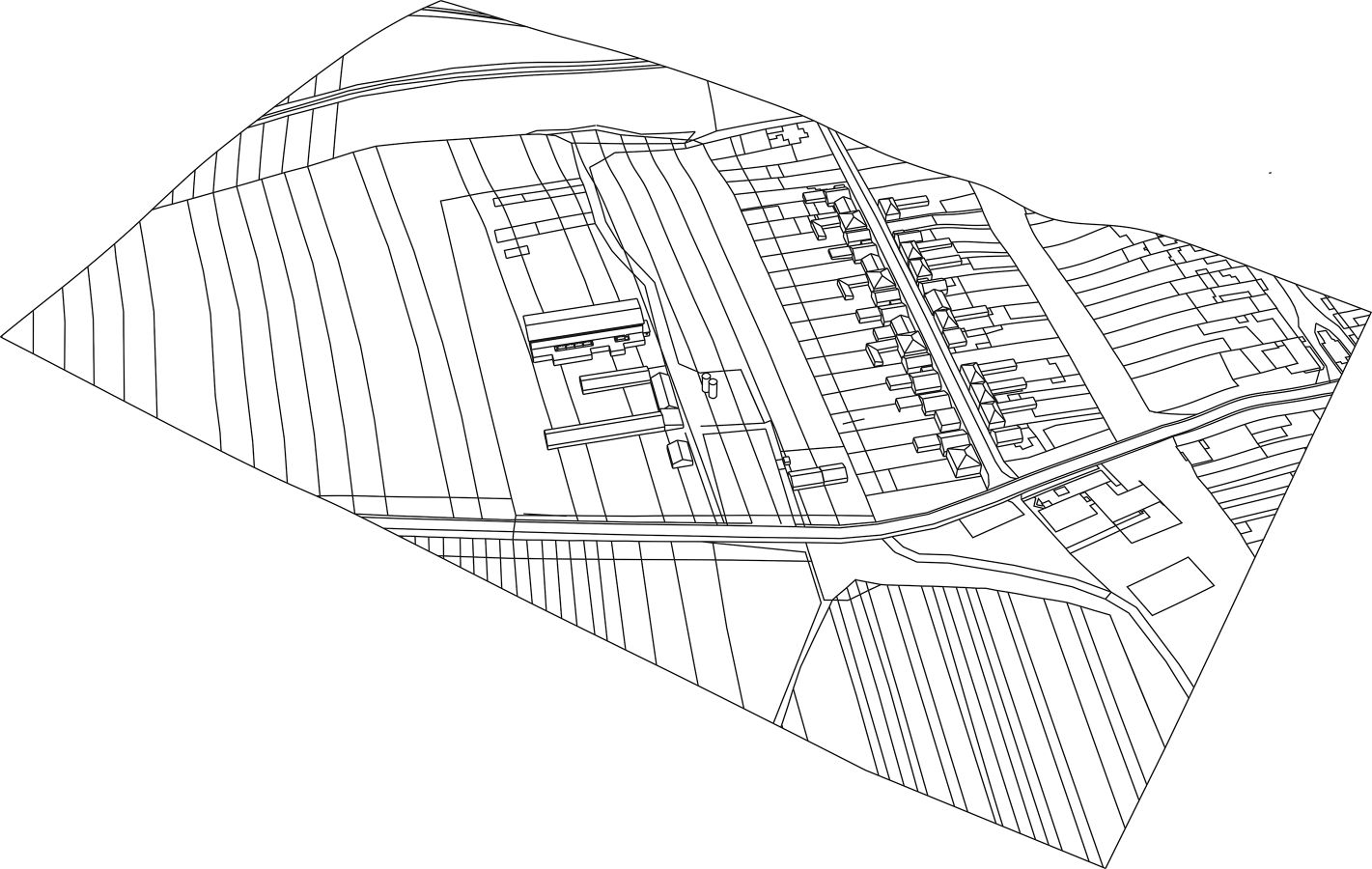 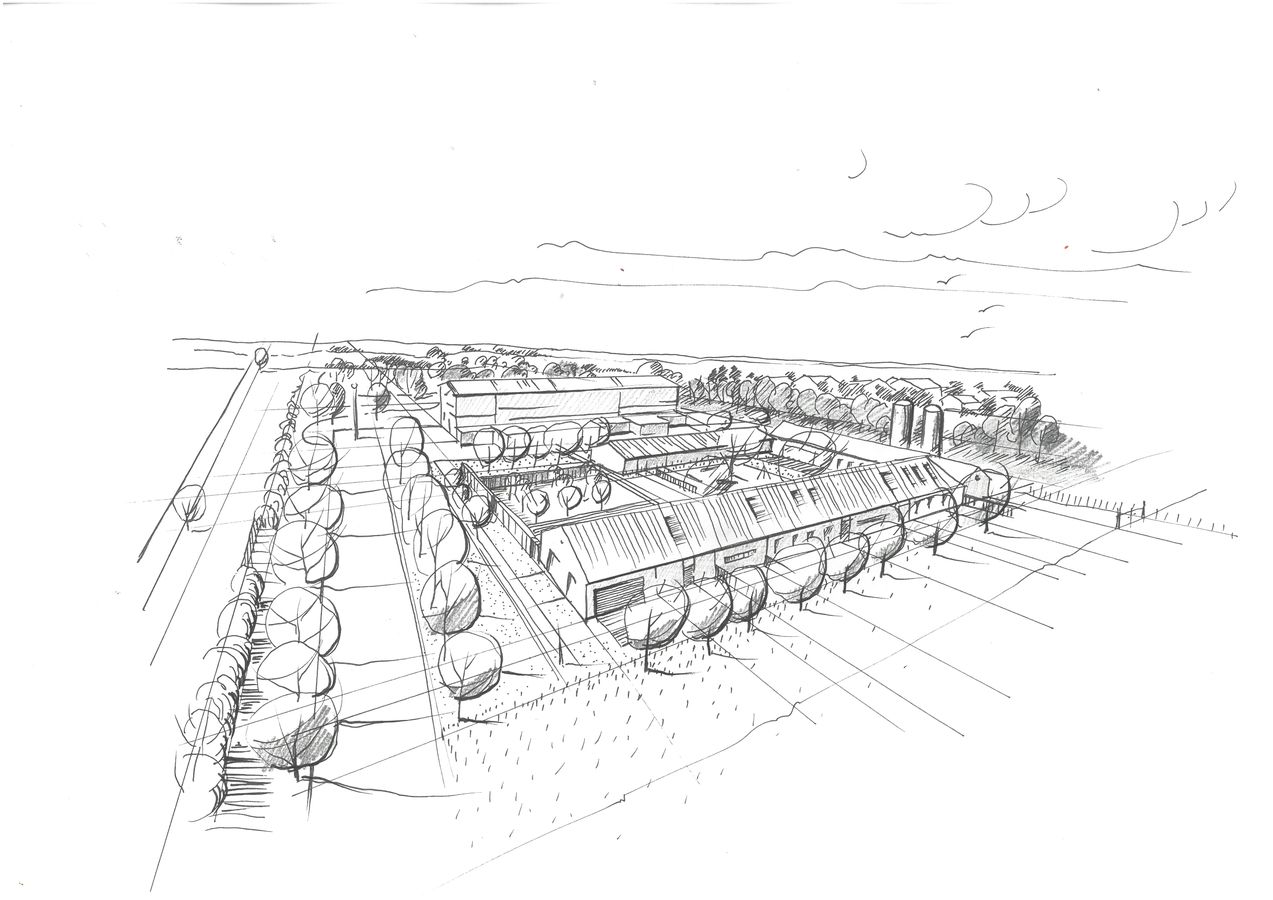 The agricultural complex is located on the outskirts of the village. The structures of former production halls act as a reminder of a local historical milestone – collectivisation and subsequent loss of personal involvement and relationship to the landscape which has stopped to be owned and cultivated by certain families but by everyone and nobody at the same time. Since then, the landscape started to be cultivated by unified heavy machinery. Our proposal aims at the restoration of the relationship to the landscape. We suggest not only to restore local pathways and alleys, but also to work on water retention strategy of the area and to conceive a proper plan for dealing with minor landscape structures and viewpoints. The involvement of authorities on the municipality level and great support of locals are essential for a successful realization of the project. The housing unit and a garden form another layer of our proposal. The whole complex is situated on an area of more than four hectares, thus we propose to work with extensive and maintenance-free greenery which would be added to the landscape, creating a natural like transition so the immediate spaces around objects will be shaped by intensive greenery. Smooth and well-composed transition, the hierarchy of the communications within the area and well-conceived vista views are essential for the final realization as well. The pathway can be realized as a mowed section of the field. Due to new operations being established, we have defined three different atmospheres within the area. Park in the rear part, ongoing production in the middle, and a farmhouse in the entrance space, which would be transformed into a social use programme.

The new administrative structure extension to a former warehouse building is one of the small scale layer interventions which has been proposed. Consisting of a showroom, a training centre, offices and background facilities, this object of a free form is situated in close distance to the green areas.